The Recovery and Resilience Facility aims to finance national projects. Yet a pan-European rail network could yield big emissions cuts.

The European Union is clear on its goal to be climate-neutral by 2050. Transport accounts for a quarter of the EU’s greenhouse-gas emissions. The European Green Deal seeks a 90 per cent reduction in these emissions by 2050. But the road is still long and some drastic changes will be required.

The EU’s Recovery and Resilience Facility aims to support the green (and digital) transition by financing large-scale investment in infrastructure. Overall funds of more than €720 billion are available in loans and grants. It is however the EU member states which will deliver national plans, with primarily national projects. There are hardly any projects with European value added, crossing borders, although network infrastructure typically yields the highest social returns. The European Fiscal Board recently suggested promoting green public investment as an EU common good.

A high-speed rail (HSR) network connecting the European continent could facilitate a drastic cut in emissions. Yet no such network exists, with only a few national lines, especially in France and Spain, constituting  an ineffective patchwork.

In 2018 the Vienna Institute for International Economic Studies (wiiw) suggested construction of a a ‘European silk road’. The proposal recently accrued attention as the Macroeconomic Policy Institute in Düsseldorf, the Observatoire français des conjonctures économiques in Paris and the wiiw advocated dedicating part of the EU’s €2 trillion recovery fund (including the multiannual budget) to a pan-European HSR network.

The network would be around 11,000 kilometres long, with a northern route from Lisbon to Uralsk on the Russian-Kazakh border and a southern line from Milan to Constanta, onward via a maritime extension to Volgograd and Baku (see map). The plans include a high-speed section from Lyon to Moscow, with an estimated cost of €200 billion.

Rail is the mode of transport responsible for the least carbon-dioxide emissions. Air travel emits 4.5 times as much C02 per passenger kilometre. Thus shifting from air and road to rail can result in substantial emissions cuts.

The main factors determining choice of travel are price, travel time, time reliability and frequency of connections, as well as convenience, comfort and safety. Studies have shown that passengers are more likely to use the train as a means of transport for a travel time of up to four hours. An average velocity of 250km per hour for HSR means the train would be a good substitute for routes of up to 1,000km. On the proposed line, this would encompass corridors such as Paris to Berlin, Lyon to Brussels or Warsaw to Minsk.

Even more distant routes could be covered conveniently if night trains were introduced in addition. Imagine leaving Lyon at 6pm and arriving in Moscow at around 8am. Currently, a mix of trains and buses would take about two full days.

The window of opportunity is wide open. Estimates of the potential modal shift from plane to train range up to 90 per cent if the line is cheaper and faster. High substitution rates can especially be expected due to the growing environmental consciousness among Europeans.

Life-cycle assessments (LCA) are used to determine the environmental burden of infrastructure construction and use. The analysis covers the entire life cycle, from construction and operation to maintenance and waste disposal—typically around 60 years.

In a recent book chapter and background study, we used an LCA to examine the potential environmental burden of the line from Lyon to Moscow. Optimistic, medium and conservative models accounting for emissions from construction and savings due to the modal shift all indicated that the latter would be greater than the former, implying net negative CO2-equivalent emissions. The time taken for the construction emissions to be fully offset ranged from 3-4 to 37 years of operation in the respective models.

The most optimistic model projected savings of 273 million tonnes of CO₂-equivalent, which corresponds to one third of greenhouse-gas emissions from transport in Europe in 2019. Breaking down the results over 60 years shows that an HSR network will not be the magic solution to reducing emissions from the sector but it could play a significant part.

Putting the results into perspective, only passenger travel was included in the study. Recently the European Environment Agency disclosed that transport of freight via air emits 43 times as much CO2 as via rail. More sustainable freight transport is thus key to lowering the environmental burden.

Constructing a pan-European HSR network also goes hand in hand with economic benefits, favouring convergence between the east and west of the continent. And the examined passage is only part of a potentially much bigger network which could save further emissions—the wiiw proposal discusses, for instance, a route from Milan to the Black Sea.

We are asked many questions about this project. Who should finance it? Who should run it? How would one deal with the absence of uniform standards for gauge, axle load and operating voltage? How would the required political co-operation be obtained?

While these are all legitimate questions, they should not hinder realisation of the vision. Reducing emissions in transport by 90 per cent will require radical and revolutionary ideas. The focus should shift from problem- to solution-finding.

On financing, wiiw has specified an extra-budgetary model. It proposes a European Silk Road Trust, owned by the eurozone members, other EU member states and third countries wishing to join in the construction. The trust could rely on a public guarantee when it came to issuing long-term bonds (at currently zero or even negative real interest rates). Formally it would be part of the private sector, especially as it would have sufficient income of its own from private customers.

Decision-makers are in dire need of climate action. As we witness another COP summit with weak targets and non-binding goals, bold actions are necessary to deliver results. A pan-European HSR network would be one step towards a more sustainable, innovative and advanced future.

The initiative would have the potential to set common infrastructure standards with potentially global relevance. It could help strengthen political and cultural co-operation in a larger Europe. It would provide the continent with a new narrative—much needed to oppose the centrifugal forces tearing at its fabric. 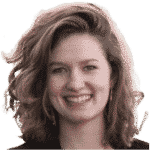 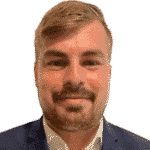 Maximilian Zangl has a masters in public policy from the Central European University. His background is in international relations and management, while his research interests focus on environmental and governance policies. 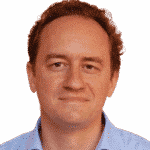 Mario Holzner is executive director of the Vienna Institute for International Economic Studies (wiiw). He also co-ordinates economic-policy development and communication there, with a focus on European economic policy.