Who represents the EU internationally? ‘Sofagate’ reignited the issue and the Conference on the Future of Europe should aim to sort it.

It is illustrated by the famous quip attributed to the former United States secretary of state Henry Kissinger: ‘Europe? What’s its phone number?’ And it should be addressed by the Conference on the Future of Europe, as the absence of clear EU leadership not only weakens the union on the international scene but also blurs its citizens’ comprehension of it.

The permanent presidency of the European Council—as distinct from the six-month rotating presidency of the Council of the EU—was introduced when the Lisbon treaty came into force in 2009, supposedly to deal with the issue. But it has only deepened the problem.

In a paper we wrote during the Convention on the Future of Europe (2002-03)—convened to prepare a constitution for the EU but stymied by negative referendum votes on a draft in France and the Netherlands in 2005, after which the convention’s work was residually incorporated into the Lisbon treaty—we feared that a permanent presidency of the European Council could have two perverse effects.

First, by reducing the rotating presidency to a mere cipher, it would undermine the dynamics of emulation among member states and the appropriation of the EU by the European peoples. Secondly, we feared that the emergence of a divided union leadership might lead to tensions, echoing those of French-style cohabitation between a president and prime minister of opposed political leanings.

Sadly, ‘Sofagate’ confirmed our fears. It would be a mistake to reduce it to a conflict of personalities. The flaws are structural and cannot be resolved simply through niceties of protocol.

From Africa to China and, yes, Turkey, the EU seems dysfunctional, undermining its reputation on the world stage. Nor has the permanent presidency of the European Council helped address the major international issues of the last decade: decisions were arrived at among heads of state (the eurozone crisis), delegated to other states (the ‘refugee crisis’, to Turkey) or managed by the commission (the pandemic).

Indeed, the only ray of hope in the EU’s recent past lies with the European Green Deal which, however imperfect, emerged from von der Leyen’s commitments before the European Parliament during the debate on her appointment in 2019—a lesson we should not ignore.

Since the millennium, each of the three logics governing European integration has been reinforced:

This makes it even less probable that any of these bodies could claim legitimately to represent the union as a whole. If the EU wants to stand on a par with the US and China on the international scene—notably on climate-related issues—it needs to come up with a credible answer to Kissinger’s old question. But it needs to do so while pursuing greater democratic legitimacy.

Basic equality between the three institutions should continue to be reflected in the triumvirate of the presidencies, who will not need to vie for pre-eminence. Each institution—the commission, the European Council and the parliament—needs a chair but none should be able to claim to be the EU’s president.

Nor would a single elected president for Europe representing a constituency almost 500 million strong, as some have proposed, be an appropriate solution. The EU is a union, not a state. Indeed, it is a union of states and citizens—a construct much more ambitious in its originality than the proponents of such a mimetic alternative approach would have it.

The only ideal and practice fitting the EU’s nature is shared leadership—shared among the member states, who should benefit from equal rotation of presidencies above and below the European Council with its permanent chair, and among the three institutions, which would hold equal sway internally and externally.

Who then, to answer Kissinger’s question, could an overall EU president be? Simply the head of the national government of the member state holding the Council of the EU’s rotating presidency for six months. Given rotation, there would be no risk of personality clash and competition. At the same time, and as an elected head of government speaking in the name of 27 countries, this person would stand as an equal in foreign encounters, contrary to the permanent European Council presidency.

With the passing of time, and in the absence of a permanent rival claiming to speak on behalf of the heads of state and government, the political flavour of the commission might meanwhile one day emanate from the elections to the parliament—as the Spitzenkandidat idea envisaged—and better reflect the preferences expressed by the citizens of the 27 states.
What would this rotating president do? Well, not much. He or she would not need to chair the meetings of the European Council, a role reserved for its own chair. Instead, she would mostly be a symbolic figure, meeting foreign dignitaries alongside whoever might come along for the ride on the EU side, as primus inter pares—sitting on whatever piece of furniture were deemed appropriate for the circumstance. Nothing more, nothing less. 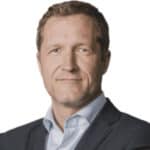 Paul Magnette is chair of the Parti Socialiste in Belgium, mayor of Charleroi and a former professor of political science at the Université libre de Bruxelles.