Workers have stood on the frontline of the pandemic, but the ITUC Global Rights Index documents an anti-worker agenda.

The International Trade Union Confederation’s Global Rights Index 2021 shows just how far some governments and employers have gone to exploit the Covid-19 pandemic to attack the rights of working people. It is our job to use the 2021 rights index to expose these violations—to build pressure to deliver with workers a new social contract.

This eighth edition of the index ranks 149 countries by their respect for workers’ rights. For the first time, it has an interactive platform where cases of violated rights and national ratings can be viewed by country and region. As a comprehensive review of workers’ rights in law, it provides the only database of its kind.

It tells a shocking story.

While working have people stood on the frontline in the health crisis, providing essential services to keep economies and communities functioning, the index documents a shameful roll-call of governments and companies pursuing an anti-worker agenda. Workers have even been targeted for exposing vital information about the virus and their conditions.

In South Africa, Volkswagen South Africa dismissed shop stewards for ‘inciting’ workers to stop work after they exposed high numbers of workers testing positive for Covid-19. Falabella, a multinational home retailer, dismissed 22 warehouse workers in Peru who had requested health-and-safety protections against the virus. In Cambodia, collective-bargaining negotiations were halted by the Cambodian Airport Management Service due to the pandemic, allowing the company to impose work suspensions unilaterally in all three airports.

There has been a staggering increase in the number of countries where authorities have impeded the registration of unions, from 89 countries in 2020 to 109 in 2021—including state repression of independent union activity in Belarus, Egypt, El Salvador, Jordan, Hong Kong, Kyrgyzstan and Iraq. To deny workers the right to representation in the middle of a global pandemic is abhorrent.

Five new countries have been rated for the first time in 2021: Armenia, Gabon, Guinea, Kyrgyzstan and Niger. Saudi Arabia has not been rated while the extent of its new Labour Reform Initiative is assessed and implemented.

The 2021 index shows that on several key measures workers’ rights have deteriorated. Eighty-seven per cent of countries surveyed have violated the right to strike. Strikes in Belarus, Indonesia and the Philippines to oppose authoritarian governments, and in Myanmar to oppose the military junta, have met brutal repression.

Seventy-nine per cent of countries have violated the right to collective bargaining. In all regions, collective bargaining is being eroded and it is used by authoritarian governments in Belarus, Brazil, Honduras, Hungary and Hong Kong to dismantle a key tenet of workplace democracy.

Seventy-four per cent of countries exclude workers from the right to establish and join a trade union at all. Workers have faced violence in 45 countries with trade unionists killed in six: Brazil, Colombia, Guatemala, Myanmar, Nigeria and the Philippines. The Americas is the deadliest region for workers, with 22 trade unionists murdered in Colombia alone.

The number of countries where freedom of speech and assembly is denied or constrained increased from 56 in 2020 to 64 in 2021, with extreme cases reported in Hong Kong and Myanmar. Workers have no or restricted access to justice in 65 per cent of countries and have experienced arbitrary arrests and detentions in 68. Trade union leaders from Cambodia, Hong Kong and Myanmar have been among high-profile arrest victims in 2021.

Light in the darkness

There is some light in this darkness. There is proof that the erosion of workers’ rights is not inevitable—it is a choice. Six countries have seen their ratings improve, including Bolivia, Greece, Mexico, Panama, Sudan and Togo. Positive legislative developments include the proposed Protecting the Right to Organize Act in the USA and processes for due-diligence legislation in the European Union to hold companies to account.

But it will take more than this to rebuild the trust crushed by repressive governments and abusive companies. It will take a new social contract, with good jobs, rights, social protection, equality and inclusion.

Workers have held communities together during the global pandemic. When they are attacked, when they are refused rights and protections, they cannot look after the economy and governments cannot ignore the risk and damage done to our democracies and economies. 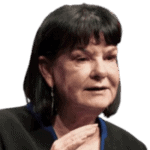