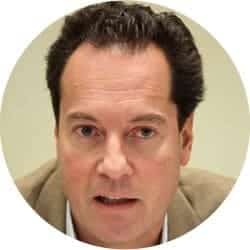 Since 2015 international politics have sped up and changed direction. The return to power of the Law and Justice Party (PiS), led by Jaroslav Kaczynski in October 2015, the Brexit vote in June 2016 and the Trump victory in November 2016 should be seen in conjunction and taken as portents of a new political era.

Those three major events, corroborated by the growing impact of populist movements in power or aspiring to power (Italy is the latest very significant example), symbolize the dawning of a new era, and a new kind of populism internationally. Beyond the classical characteristics of populist movements, namely nationalism, anti-liberalism, anti-elitism, nativism and a pronounced anti-immigration stance, this “populism of the 21st century” is driven by anti-globalization instincts, an open refusal of logic, rationality, science and the objective truth, the institutionalization of state and para-state violence and the blurring of the distinction between Right and Left resulting in the quasi-demise of the reformist and democratic Left.

New trends and methods have emerged and spread: repudiation of the established international order, manipulation of the media and conscious production of fake news, non-admission or overt politicization of judicial decisions, depiction of democracy as a failure and of political opponents as enemies. Though there is, in most cases, no electoral violence or bypassing of elections, those trends are quietly undermining the very foundations of democracy – I am not referring to “liberal democracy”, since there is no other kind. What the world is witnessing is the transition to “illiberalism by democratic means”.

Such populism is gaining momentum not only through electoral victories –in fact outright populist victories continue to be rare- but by the permeation of its ideological core to mainstream parties and societies: France remains the prime example, with Marine Le Pen consistently losing major elections but just as unstoppably poisoning the body politic with her views. . Even more crucial is the tacit alignment with the forces of the “illiberal International” led by the Putins, the Erdogans, the Maduros and their disciples all over the world.

The USA has lost any pretense of being the beacon of international democracy and is heading towards a constitutional crisis provoked by Trump’s ties to the Russian government, which interfered in the 2016 election, to name but one. The European Commission has just triggered, for the first time, the “nuclear option” of Article 7.2 of the Treaty (TEU) against Poland, because of the government’s repeated breaches of judiciary independence. The UK is heading towards an all-out collision with the EU not only on the handling of Brexit, but also on the interpretation of such core democratic principles as national sovereignty and international cooperation The Greek “Left” government has instigated a penal-political procedure against former Prime Ministers and Ministers who have counter-sued, thus rendering any serious clarification of an alleged pharma bribery improbable and deeply polarizing the political class and society: the populist narrative here consists in the creation of an “us against them” world which renders political consensus and serious resolution of complex issues impossible . Italian voters have just made the peculiar populist beast called Five Stars Movement the leading party, whilst the electoral campaign in Mexico has demonstrated an unprecedented dismissal not only of political parties but also of democratic institutions. We live in an era in which a book titled “How Democracies Die” is widely perceived as just stating the obvious.

My aim in sharing these remarks, (the nucleus of a book soon to be published in Greek) is not to add to the rich corpus of literature on contemporary populism –distinguished authors such as Cas Mudde, Dani Rodrik. Timothy Garton-Ash, Henning Meyer, Slawomir Sierakowski have provided thought-provoking analyses on this very web site. What I wanted to show through the examination of contemporary political and institutional events is threefold: a) the linkage of the “new populists” with openly authoritarian parties and regimes, which makes the populists part of the “illiberal International” that, in this enhanced form, poses a serious danger for democracy, b) the transgression of the “ethical boundary” between populists of the Right and populists of the Left –the Left may very well produce populists which ally themselves in ideology and in government with Right-wing extremists, as the SYRIZA experience illustrates, c) the seemingly unstoppable populist progression does not mean that it is destined to victory or that it cannot be successfully resisted.

There are, indeed, some potent examples of effective anti-populism. The constitutional arrangements of the Rule of Law constrain populists and the courts, albeit efforts are being made to tame them, still do hand down decisions against propositions from populist leaders, such as US anti-immigration decrees, the Greek shutting-down of electronic media, the UK Parliament’s involvement in Brexit procedures which de-sentimentalizes and renders more transparent the whole debate. The EU is advancing, notwithstanding rampant populism in some Eastern countries and the devastating effects of the economic crisis: the creation of a “European IMF” and a “European Finance Minister”, common defense policy initiatives and the expansion of a common social framework are milestones pointing that way. The advent of a leader like Emmanuel Macron in France has already made a big anti-populist impact. New alignments in power between anti-populist forces are emerging in various shapes: center-Right with center-Left as in Germany, “everything-but-the-populists” as in Holland, center-Left with radical-but-pro-European-Left in Portugal.

The fact that populism is irrational, dangerous for democracy and harmful to the many does not mean that it will be made to disappear by the force of things and that there is no need to try and explain the fundamental problems it creates. It is only by understanding the alienation that makes citizens of the world turn their back on democracy, and by speaking up without arrogance but with passion, that those who rebel against populism can distinguish themselves from the very populists they condemn.