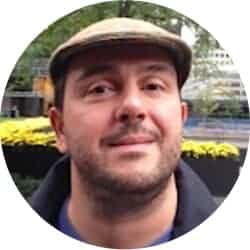 To understand the results of the Italian general elections, one needs look no further than the vote distribution in Milan: the Democratic Party (PD) – the nominal Left – scored good results in the city centre, one of Italy’s wealthiest districts. Meanwhile, the suburbs voted, en masse, for Lega, a racist and chauvinist party. In Turin and in Rome the Five Star Movement won the poorest areas of the cities, the PD won the richest.

In many ways, these elections finally brought a miserable end to the slow but inexorable decline of the Left. Now, it has become irrelevant. Since the end of the Cold War, the once-largest Communist Party (PCI) in the Western world has taken a neo-liberal turn that has destroyed its roots, and pushed away its traditional electors. The few victories it gained – in 1996 and 2006 – were hard-fought, always partial and came at the cost of a continuous shift to the right, forming unnatural coalitions to stop Berlusconi. It was the spirit of the times: as neo-liberal hegemony spread across the world, in Italy as elsewhere social-democratic parties embraced the Third Way, competing to win the median elector in what looked like a solid two-bloc political system.

This, however, was always going to be a disaster in a country that did not enjoy the (apparent) economic growth and credit expansion of the rest of Europe. There was no growing middle-class to lure parties towards more progressive policies. Rather, there was a chronic malaise, a growing discontent among the ever-increasing number of lowly-paid flexible workers, unemployed youngsters, new poor. As in France, where the Front National replaced the PCF in the impoverished industrial areas, it was the right-wing Lega Nord that picked up the pieces among the Northern working class, once a bulwark of the PCI vote and now estranged from the traditional Left.

Things simply got worse with the financial crisis and its aftermath. The latent dissatisfaction with the establishment exploded in a full-blown revolt already in 2013, when the centre-left and centre-right combined attracted less than half the total votes. The PD’s disappointing result led to the demise of the post-communist-turned-moderate leadership in favour of Matteo Renzi, a reckless maverick that, freely borrowing from Five Star rhetoric, had attacked the old political caste governing the party. It was a change for the worse: Renzi’s political project anticipated – albeit less successfully – Macron’s rise: extreme centrism to re-unify the establishment in opposition to the populist threat. His ultra-liberal reforms – in particular of the labour market – pushed the social-democratic component out of the Party.

The latest election results have simply confirmed the new nature of the supposedly progressive PD. The Democrats are the only true class-based party, whose electorate is mostly composed of affluent people with higher degrees. Only 8% of the unemployed and 12% of the working class voted for the PD. More interestingly yet, according to a SWG survey, less than one third of the voters who had chosen PCI in 1988 voted PD in 2018. It would be a mistake to blame Renzi alone for this catastrophic result: traditional socialist and social-democratic parties are retreating all around Europe, with the sole exception of Corbyn’s Labour, that managed to combine the vote of affluent Londoners with that of students, unemployed and the workers in the North of England.

Their new electoral base is the mirror of their political culture. They speak of financial markets and “responsible” economic policy – and never of exploitation, wages and inequality. They have taken the working class vote for granted, and tried to conquer the vote of the moderates by embracing a pro-market ideology. Yet, that very own ideology has dramatically modified the social and economic landscape: rampant inequality and poverty are eroding the middle class – making the race to the centre a suicidal option. Furthermore, as shown by Branko Milanovic, both the working class and that very same Western middle class are the real losers of globalisation, and have often become resentful and much less moderate than they used to be. Recent electoral and political trends show that elections are now also fought on the extremes, by winning the votes of the people left behind by the neo-liberal globalisation that the pro-establishment Left so blindly supported. Trump won the presidency by stealing the rust-belt states, while in England both Labour and the Tories moved away from centrism, adopting more populist platforms – from Brexit to nationalisations. In Italy, the anti-establishment parties gained more than 50% of the votes.

Unlike other countries such as the US, UK, France, Spain, Portugal, the protest vote in Italy does not have any significant leftist representation. Free and Equal – the new Party created by former PD leaders – failed miserably, managing to collect barely 3% of the votes. More worryingly, they are just a better copy of the PD, faring relatively well among higher degree holders and almost absent in the poorest urban areas. This is no surprise: after having embraced all kinds of liberal policy, formed administrations with Berlusconi and supported technocratic government, they quite simply do not have the credibility to talk to the working class. Even the leader of Free and Equal, former Senate speaker Pietro Grasso, has the profile of a moderate leader: a former anti-mafia magistrate, with impeccable credentials as a civil servant and no direct political experience. Free and Equal correctly identified the disillusionment with Renzi amongst the progressive electorate, but failed to understand that Italians just want a clean break with the past and not an ameliorated and more presentable version of the establishment.

The Five Star Movement, for its part, has the classic electoral component of a radical left-wing force: they won by a landslide in the poorest regions of the country and among young voters; they got 50% of the votes of the unemployed. They capitalised on the widespread feeling of frustration towards the political class, but also gave representation to the economic insecurity among the electorate by pledging to introduce a universal basic income, a key promise in a country affected by large-scale unemployment and an ever-decreasing welfare system – the PD has no welfare provision in its programme.

However, the Five Star agenda is a far cry from one of a progressive force. Its narrative, as with Podemos and Occupy, is built around the counter-posing of people and oligarchy. This oligarchy, though, is simply reduced to a corrupt political “caste”. Economic issues such as labour and capital relations, inequality, or capitalism itself, are absent. Rather, they are a populist but centrist political force – opportunistic enough to ride any battle that can bring consensus, but without any ambition to change, or even reform, the system.

This is exactly what is missing in Italy. Only by re-organising the political protest along economic lines – by opposing neo-liberalism – can the Left win back a significant role in today’s society. As of now, it is rightly ignored.