The fiscal rules have been in abeyance with the pandemic. What will replace them is up for grabs.

The European Commission intends to present shortly its long-awaited proposal for reform of the Stability and Growth Pact (SGP), the fiscal rules for economic and monetary union derived from the Maastricht treaty which were suspended to accommodate the enhanced public expenditure occasioned by the pandemic. This is a crossroads for the economic and social development of the entire European Union.

Much of the debt overhang, as with the high deficits, is due to the pandemic—often more than 20 percentage points. In the euro area, by the spring of 2022 21 per cent of public debt had been purchased through ‘quantitative easing’ by the European Central Bank. Interest payments on debt reached their lowest ever, in terms of real interest rates and as a percentage of GDP (bloated through inflation). Champion in this respect is Germany: interest payments on public debt, at 0.5 per cent of GDP, are as low as in 1960, when the debt/GDP ratio stood at 20 per cent. The share continues to drop, despite inflation.

Germany is now though a very special case: in 2021 its debt was slightly above 60 per cent on the normal Maastricht criteria, including off-budget accounts. In this year one further shadow budget for military spending (€100 billion) has been opened up and an old one expanded by €200 billion to establish a gas-price brake; both can be drawn down within three years. This was the only way to keep the constitutional ‘debt brake’ (Schuldenbremse) intact—as the Ampelkoalition partners agreed in a concession to the neoliberal Free Democrats—capping the ‘structural’ deficit at 0.35 per cent.

De facto, Germany is bypassing its debt brake and likely also the SGP. So the finance minister would be a hypocrite in demanding strict austerity from his colleagues in the EU, were he to call for a quick return to the old SGP.

In the last few years, a considerable number of proposals for reforming the SGP have been laid on the table, by think tanks, academics and politicians. While this may seem one for technocrats and nerds, the issue deserves wide attention: public finance determines to a large degree social welfare—even moreso in hard times.

The table at the bottom, summarising 14 proposals, is taken (apart from two additional ones) from a discussion paper I have written, published by the Friedrich Ebert Stiftung. Just three proponents advocate the status quo or only minor reforms: the Bundesbank, the German Council of Economic Experts (I) and its federal government.

All other authors go for major changes, although in different directions. The vast majority prefer to stick to the Lisbon treaty and its protocol 12 in which the reference values for the deficit and debt caps are prescribed (3 and 60 per cent of GDP)—not necessarily because they are well justified but because they can only be changed unanimously.

All these 11 proposals however recommend disregarding or abandoning the Fiscal Compact of 2012, with its cap on the ‘structural’ deficit at 0.5 per cent (or 1.0 per cent in a case of debt ‘significantly’ below 60 per cent), a centrepiece of the current SGP. Also the 1/20th rule—demanding that high debt ratios be annually reduced by 5 per cent of the deviation from 60 per cent, a guarantee of heavy austerity—is considered non-binding, since the Fiscal Compact is international law but not European law (three then EU members did not agree to it).

Twelve proposals contain expenditure rules instead of the old measurement method for cyclical balances, which includes measurement of ‘output gaps’ and potential output. The idea was that government expenditure—net of interest payments and some other legally binding items—should not grow more quickly than potential output in the medium-term, so in recessions as well as in booms. (Some held, in addition, that in high-debt countries expenditure should grow more slowly than potential output, which would however mean progressively increasing austerity.) This alternative approach is meant to avoid the highly controversial measurement of output gaps.

Most proposals call for expenditure and deficit rules for three groups of countries: high-, medium- and low-debt countries (way above 60 per cent, slightly above and clearly below). The debt-adjustment timeframe should be extended, they say.

Some hold that for member states with very high debt, such as Italy, medium-term debt-sustainability assessments should be undertaken, considering many variables (rather than just the debt/GDP ratio). Other authors propose raising the debt cap to 100 per cent (European Stability Mechanism), which would require treaty change, or using debt service as a share of GDP as a better yardstick in the context of lower interest rates relative to GDP growth rates (Priewe et al).

A focus on primary budget balances, excluding interest payments—rather than ‘structural’ ones which are again hard to measure—would hit the key determinant of change in the debt ratio and include indirectly the level of interest rates relative to growth (International Monetary Fund authors, Priewe et al, Conseil d’Analyse Economique). Giavazzi et al propose an EU debt-management institution, to which big chunks of public debt caused by the pandemic and acquired by the ECB could be transferred and made bearable for the debtors for a long period under almost triple-A conditions.

There is broad consensus that public investment should be protected against fiscal tightening and be promoted for the green and digital transformations. Doing this with a special ‘golden rule’—which would permit financing them fully or partly by debt—requires a clear definition of investment. The normal definition in national accounting could however be misleading and earmarking debt for specific purposes could undermine budgetary unity. Some go specifically for a ‘green rule’ (Bruegel), without any substantial further change.

A key issue is whether the fiscal rules should be combined with a central fiscal capacity for the EU, following the NextGenerationEU programme. To stabilise the EU as a whole against symmetric shocks and provide genuinely European public goods, an extended EU budget with the option to issue debt and raise taxes is a key ingredient in several proposals, especially from the European Fiscal Board and IMF authors. This would require treaty change and the decision-making would take more time.

Although a number of proposals put some old wine in new bottles, most of the 11 reform advocates would bring a significant improvement on the status quo. The least ambitious of all is the two-page paper from the German federal government. The proposals from Giavazzi et al, published on the homepage of the Italian government, and those from the Conseil d’Analyse Economique, close to the French government, would represent important steps forward. The paper from the governments of the Netherlands and Spain implied more good phrases than fresh ideas but suggested (at least until a hardening of tone detected last week) that the Netherlands was no longer a hardliner.

The key decision-makers are likely Germany—traditionally a naysayer—and France. Also influential are the leading factions in the European Parliament, with the commission always in the background. We shall see. 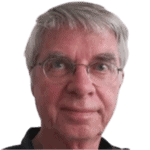 Jan Priewe is  professor emeritus of economics at HTW Berlin—University of Applied Sciences, a fellow of the Macroeconomics and Macroeconomic Policies Forum at IMK (Böckler Foundation) and a member of the Institute for International Political Economy at Berlin School of Economics and Law.