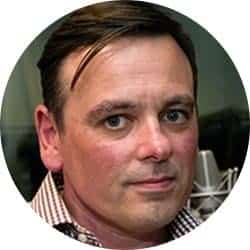 In any article published in the international press about Robert Biedroń, it seems almost obligatory to describe him as the new ‘Polish Macron’. Biedroń recently stood down as mayor of Słupsk to build a new national political party that will stand in next year’s European and parliamentary elections. He is a long-standing left-wing political activist, a former MP and one of the founders and leaders of the country’s LGBT movement. His image as a young and energetic challenger to the political status quo, and his pro-European political stance, have led to comparisons with French President Emmanuel Macron. However, Biedroń and the Polish left should take no inspiration from Macron but forge a different political path.

The Polish left suffered another severe defeat October’s local elections. Its two main parties, the Democratic Left Alliance and Razem, scored just 6.6 percent and 1.6 percent respectively. These elections were once again dominated by two parties from the right. The ruling Law and Justice Party (PiS) confirmed its position as the country’s dominant political party, although its vote was concentrated predominantly in the countryside and small towns. Meanwhile, the main opposition party, Citizens’ Platform (PO) (standing in these elections as Citizens’ Coalition), won support mainly in the large cities. Despite this dominance, independent candidates fared well in these elections, particularly in small- and medium-sized cities, showing the limits to the right’s dominance and the potential for the growth of a new united movement of the left.

The main organised political opposition to PiS is concentrated in Poland’s major cities and promotes a liberal alternative to the government. There has been huge pressure placed upon the left to assimilate itself into a united opposition movement, in order ostensibly to prevent the conservative and authoritarian PiS from winning a second term in office. Parts of the left have already been lured by such arguments, with the well-known centre-left politician Barbara Nowacka, and some of her supporters, joining PO’s electoral coalition during the local poll. However, PiS has managed to craft a political image as the party that protects the living standards of the poorer sections of society against a liberal elite. Meanwhile the liberal ‘centre’ is becoming ever more congested, with the banker and former leader of the party Modern, Ryszard Petru, launching a new political party named (without irony) Now.

Opposition to the PiS government, amongst the liberal urban electorate, has reached its limits.

It is for this reason, and the failures of Macron whilst in power, that the Polish left should reject the strategy of trying to replicate his political movement. Macron’s political base is situated within the wealthiest sections of society. For example, during the first round of Presidential elections, he won 36 percent support among those earning more than €3,500 a month, yet only 12 percent of those with an income below €1,500. He also scored particularly well amongst managers and company directors but poorly among workers. PO and its satellite parties already monopolise such an electorate in Poland, which is attracted to their liberal economic programme.

In order to rebuild itself the Polish left has to look elsewhere for support, particularly within the small and medium cities, where both PiS and PO suffered significant losses. There are some signs that Biedroń is attempting to pursue such an alternative strategy. After the first round of local government elections he held up a map of Poland that showed how PiS were dominant in the poorer eastern regions of the country; and another displaying how the network of rail lines is much less developed in these areas. His message was clear: inequalities and under-investment have led to large sections of the electorate turning to PiS. He has also spent the past couple of months travelling around Poland and holding large political meetings in different regions. He is thus trying to reach out to an electorate that the ‘liberal opposition’ either ignores or has no access to.

Rejecting the path of Macron is not just about electoral strategy, but also touches the very heart of what it means to be left. Macron has introduced an economic programme of austerity and privatisation that has hit society’s poorest the hardest. He has instigated an upward redistribution of wealth, with the richest one percent of society capturing 44 percent of the tax breaks. These policies have resulted in a wave of social protests, organised against the economic policies of Macron and the French government. Concurrently, polls show that his approval rating has slumped in recent months, with less than 30 percent satisfied with the French President’s performance.  The neoliberal policies of Macron not only contradict the values of the left, but also erode the support of politicians who implement them.

Between PiS and Macron

The building of a pro-European progressive left in Poland faces a number of dilemmas. PiS is not primarily focused on taking Poland out of the EU (Polexit) but rather on attempting to transform it in a more rightward direction. Meanwhile, ‘pro-European’ politicians such as Macron look to create a more deregulated, neoliberal EU, which would be detrimental to the poorer member states to the east. This includes Macron’s push for a multi-speed European Union, which would likely force Poland to the side-lines of a more exclusive economic club.

The exact political character of Biedroń’s new political party, which is set to be formally launched in February, is unclear. So far his movement has no clear political identity, with both social democrats and liberals supporting and advising it. If, however, it is to be successful, he will have to endeavour to unite the disparate parts of the left and reach out to voters who are dissatisfied by the two right-wing parties that have monopolised Poland’s politics for nearly a decade and a half. Any successful left-wing force in Poland is going to have to offer an alternative to the right-wing nationalism of PiS and the neoliberalism of European politicians such as Macron.

Gavin Rae is a sociologist in Warsaw. He has written extensively on the political and social changes in Poland and central and eastern Europe, including Poland's Return to Capitalism: From the Socialist Bloc to the European Union and Public Capital: The Commodification of Poland's Welfare State.