Next year has been designated ‘European Year of Youth’. The Conference on the Future of Europe must hold out a real prospect for young people.

Young people have suffered most in social and economic terms from the Covid-19 crisis, as the European Commission recognises. Closed schools and training centres, unemployment and social restrictions, lack of material support and exclusion from social-security systems—all this has worsened, directly and drastically, the living situation of many young Europeans.

Yet youth opportunities were already limited in many European countries even before the pandemic. The consequences of the 2008 financial crash still affect the lives of many, especially via persistent youth unemployment.

Attempts have been made to counteract this precariousness, among them the ‘Youth Guarantee’. Promises were made of jobs, internships, training and further education, funded with European Union money. Too rarely, however, did these lead to good work. Instead, the opposite often eventuated—short-term jobs with low pay and no prospects. State-subsidised precarious employment brought a loss of confidence and disillusionment.

Young people want to be well trained, find good jobs, start families and fulfil themselves through work that matches their skills and interests. (Vocational) education and employment policies for young people must take this as a starting point. The ‘any job is better than no job at all’ principle was wrong yesterday and remains wrong today. Effective framework conditions for good and secure jobs are needed.

This includes, first and foremost, strengthening collective-agreement systems in EU member states. Collective agreements are the key to good work. They have a positive effect on young people—especially if, for example, they regulate the conditions for (initial) training, as a recent study for the European Trade Union Confederation has shown.

Of course, it is up to trade unions themselves to strengthen their organisational power and thus fight for more collective agreements. Legislators are however also called upon to set the frameworks that support and strengthen such systems. This includes, for example, laws on collective bargaining that make the application of a collective agreement mandatory when a public contract is awarded. That the commission has placed the strengthening of collective bargaining at the centre of the initiative for an EU directive on adequate minimum wages is to be welcomed.

Political decision-makers, whether in the member states or at EU level, never tire of emphasising that young people ‘are the future’. Yet ensuring today’s youth have a good future tomorrow entails acting now. Otherwise improvements in the working and educational conditions of young people are postponed, while precarity becomes more entrenched with each passing year.

This implies a clear agenda for the Conference on the Future of Europe. The conference is to develop recommendations by the spring for the priorities of the EU. For us as young trade unionists these are clear: good jobs, guaranteed training and career prospects must finally be put at the centre of politics.

It is essential that young people have a voice whenever youth-related policies are being developed and decision-makers must have the courage to accept suggestions for improvement. The ‘reinforced’ youth guarantee has however shown that this is unfortunately not the rule. The quality framework called for by trade union youth organisations and the myriad associations in the European Youth Forum has still not been implemented.

The recently-presented commission initiative ALMA (Aim, Learn, Master, Achieve) suggests that this old mistake could be repeated. ALMA is to be launched with funding of €15 million. Young people who do not have a job, do not go to school and do not complete vocational training (NEETs) are to be supported by a mobility programme.

It remains unclear what the offer might look like. The commission speaks of guided ‘work placements’ through which ‘work experience’ is to be gained. The fear is that unpaid, short-term jobs will once again be created: companies, according to the commission, will be free to ‘remunerate the internships’.

Basic quality standards, such as access to social security, rules on maximum daily/weekly hours or health and safety at work, remain unmentioned. It is also unclear who is to bear the costs and responsibility for preparing the participants for the stays abroad. Nor is it evident how these proposals are supposed to improve the labour-market situation of young people left behind.

The commission could at least have included the European Parliament’s demand for a legal framework for an effective and enforceable ban on unpaid internships in its 2022 work programme. But this opportunity was also missed. Against this backdrop, ALMA appears the harbinger of another big disappointment.

So there is little time for a course correction. Now is the time to act if the ‘European Year of Youth’—as the commission has designated 2022—is to be more than just another nice strapline which ultimately disappoints.

After all the hardships, after all the lack of perspective young people have had to suffer in the pandemic, today they need guaranteed apprenticeships, a secure start to their careers and real prospects that begin with concrete improvements in the present. 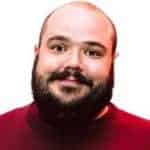 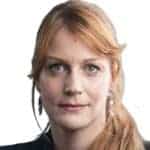 Tea Jarc is  president of the Youth Committee of the European Trade Union Confederation. 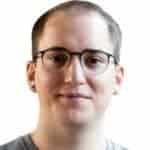 Joscha Wagner is an adviser in the federal youth department of the DGB.