Alongside ambitious emissions-reductions targets, well-functioning carbon markets are key to success at COP26 and on today’s agenda.

Article 6 of the 2015 Paris Agreement lays the foundation for voluntary carbon markets which ‘deliver an overall mitigation in global emissions’. Hitherto, the focus was on zero-sum offsetting, which does nothing to reduce emissions and has even seen them rise.

This mechanism has however stalled. So, in addition to pushing for real and tangible emissions reductions, civil-society organisations at COP26 have been seeking its activation.

Encouragingly, a draft negotiating text is on the table for debate today but it leaves most options wide open. Carbon Market Watch has put forward recommendations to fix article 6.

First and foremost, there is no room for fudged compromises. Even though the diverse and divided world in which we live makes horsetrading a diplomatic imperative at United Nations negotiations, the climate cannot be cheated. Cooking the books will mean the planet cooks. It would be better to have no deal on article 6 than a bad deal.

The rules governing global carbon markets must be so air- (or carbon dioxide) tight that they not only lead to emissions reductions but also ensure polluters are not let off the hook. The latter must pay the true price of their pollution and not a token contribution—or, worse, be subsidised to pollute, as has occurred in the past. By relying on international carbon offsets instead of reducing their own emissions, heavy industry made windfall profits of up to €3 billion in the space of a decade through the European Union’s emissions-trading system.

Securing a failsafe article 6 that reduces future emissions also requires we permit no carbon leakage from the past. Legacy carbon credits coming from the old offset schemes under the 1997 UN Kyoto Protocol failed to achieve their stated goals.

These discredited low-quality credits, which were of negligible environmental value and were too cheap to discourage pollution, have no place under the Paris Agreement, especially if it is to keep the 1.5C ceiling for global heating above pre-industrial levels alive. Reviving these Kyoto-era credits would do nothing for the climate and could, perversely, even lead to an increase in emissions.

The Brexit debacle popularised the term ‘cakeism’. When it comes to climate action, or inaction, plenty of countries and corporations want to have their cake and eat it—as Boris Johnson claimed would be possible once the United Kingdom left the EU.

One damaging example of climate cakeism is the double-counting of emissions reductions. This typically occurs when a buyer of offsets, such as a country or company, claims to have lowered their pollution through carbon credits, despite the associated emission reductions having already been counted by the country where they occurred. Countries with large areas of forest, such as Russia and Brazil, often claim the natural absorption capacity of these woodlands in their net emissions accounting while also generating carbon credits from the same emission reductions. Article 6 must close these accounting loopholes to avoid the paradoxical situation in which emissions are falling on paper but rising in the atmosphere.

Carbon offsetting has been founded on the zero-sum principle that a tonne of emissions is theoretically balanced against a tonne of greenhouse gases absorbed or removed from, or not emitted to, the atmosphere. The real challenge is however to bring atmospheric levels of greenhouse-gas pollution down globally. Shifting carbon-offset deckchairs around on the global ship of state does nothing to steer us away from the (melting) iceberg on the horizon.

That is why a portion of the credits sold under article 6 must be automatically scrapped with each transaction. This would guarantee that that portion was not used to pollute more elsewhere, creating benefits for the atmosphere.

Tonne-for-tonne offsetting is problematic in other ways too: emissions from fossil fuels, which had been buried underground for millions of years, stay trapped in the atmosphere for up to several centuries, while the carbon credit-generating projects that absorb them are vulnerable to reversals through future fires, flooding or human destruction.

This massive discrepancy in timescale is particularly alarming when it comes to offsetting claims made by fossil-fuel companies. Incredibly, a growing number of oil and gas companies are selling what they call ‘carbon-neutral’ fossil fuels. A thorough investigation by Carbon Market Watch found these claims amounted to brazen greenwashing.

Carbon markets are not just abstract devices that operate mechanically and impersonally to reduce emissions. People must be placed front and centre. A liveable environment is a fundamental right and human rights must be a fundamental component of the green transition.

That means article 6 must include robust language on the need to protect and respect human rights and to consult local communities about proposed carbon-offsetting projects in their area. Encouragingly, the new working draft that negotiators are discussing does mention human rights. But the language needs to be strengthened and article 6 needs to provide a framework for involving local communities in project design, as well as establishing an independent mechanism for dealing with grievances.

The highly technical nature of carbon markets and emissions trading obscures their important role in global climate action. That is why it is absolutely imperative that we get this right. 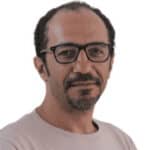 Khaled Diab is a veteran journalist and author. He writes here in his capacity as communications director at Carbon Market Watch.