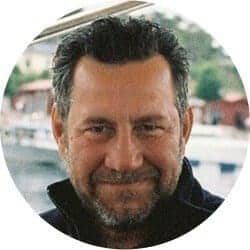 Immigration seems to be a very good thing if you look at economic research, and not just in terms of benefits for public finances in the long run, but also for natives and even low-skilled natives. Fewer dirty jobs with better pay – who can say no to that? If this were a more common perception in UK, maybe even the Brexit debate would look a bit different. One reason for this might be that studies often used to calculate the “cost” of immigration, so-called cross-sectional calculation, have a methodological flaw which makes the result bleaker than it should be.

In layman terms one could say that the question a cross-sectional calculation answers is: would a country – as regards its public finances – be richer or poorer if it just consisted of its native-born inhabitants and all public costs and revenues from foreign-born inhabitants were excluded.

The main methodological issue is the assumption that one can just take away the foreign-born without affecting the income of the indigenous people.

In most western economies today there exists a distinct occupational segregation between native-born and foreign-born workers. Also, in the UK, immigrants are over-represented in very low-skilled occupations, even though they are younger and better educated on average than their UK-born counterparts.

In the case of Sweden every other baker and cleaner is foreign-born. Approximately one in three taxi drivers, bus drivers and restaurant assistants is foreign-born, as well as one in five nurses and nursing assistants – and that when foreign-born citizens represent just 15 percent of the working age population. So for Sweden the cross-sectional assumption of no interdependence between the groups ‘foreign’ and ‘native born’ has a very significant impact on the country’s occupational structure. The income for foreign-born citizens in employment is also thanks to this around 28 % below that of the natives on average.

Two distinctive predictions come from excluding foreign-born inhabitants in this type of analysis. One, a country without immigration will have a higher labour productivity level (if the indigenous workers have higher wages than the foreign-born). In terms of the current occupational structure, this effect would materialize when a large part of the low-paid jobs (where the foreign-born are over-represented) disappear from the economy while high-paid jobs (where the indigenous are over-represented) remain. Two, this leads to the conclusion that a country without immigration would have a largely different employment structure compared to the one it now has.

A recent study shows how immigration to Denmark from countries outside the EU (1991-2008) significantly affects the indigenous workforce. The study shows how immigrants took on basic and physically demanding jobs within services, construction and manufacturing. In doing so immigrants compelled the indigenous, particularly those in low-skilled occupations, to change to more qualified and less physically demanding occupations – and, at the same time, they did not increase the risk of unemployment for the indigenous. Studies from other countries, such as the US, show how immigrants induce new career paths for indigenous workers when taking over simpler jobs that require less education and training, or new forms of specialisation in production are established.

One could argue that immigrants change the employment structure by lowering wages (and prices). The change in relative wages in an economy without any foreign-born workers, which is a prerequisite for such a changed structure, is, it is assumed, mainly brought about by an increase in low-skilled workers competing for a fixed amount of jobs (since immigrants usually have on average a more basic education), which pushes the wages for this group downward.

However, empirical studies generally indicate that labour market effects in terms of wages and unemployment are small. This has, for example, been established by several studies based on EU countries. American studies have also arrived at the same result.

Both the specialization hypothesis and the lack of wage/price effects are in line with studies that attempt to capture the overall, aggregated effects of immigration on labour productivity and economic growth. These studies have also failed to identify any conclusive impact. There are results that point to negative impact and others pointing to positive effects, but in most cases, the effects on labour productivity are limited, which speaks for a neutral interpretation.

The idea that you can take away large numbers of low-paid jobs and nothing happens in the economy doesn´t hold up. On the contrary, evidence suggests that when the economy adjusts to the new situation these jobs would be done by the indigenous population instead. The assumption that a country without immigration would be richer would not come to pass either.

The negative effect in cross-sectional calculation that stems from lower incomes for foreign-born individuals actually has nothing to do with the fact that they are foreign-born; it’s just a division of labour between groups. So, when you ask yourself if immigration is beneficial for the economy it makes no sense in answering: no, they have too low wages. Simply because if they didn´t, somebody else would. Then you end up with the conclusion that poor people pay less tax, which is true, but has nothing to do with immigration. The impact of these different perspectives on the case study made for Sweden was for example significant and changed the result from a loss to a gain.

But if it’s not the immigrants that make so many feel alienated and force austerity onto the public finances, who then? Is the EU really the next best candidate? Maybe a good read for all disappointed people would rather be a surprising and recent article by the IMF, Neoliberalism-Oversold? Let me quote: “There has been a strong and widespread global trend toward neoliberalism since the 1980s (… but) the benefits in terms of increased growth seem fairly difficult to establish when looking at a broad group of countries. The costs in terms of increased inequality are prominent. Increased inequality in turn hurts the level and sustainability of growth.” This seems to be much closer to the heart of what’s going on in the UK – and for that matter in the rest of the world.