‘Industry 4.0’ may be neither so extensive nor advanced as those in whom it arouses hopes and fears.

It is widely believed that the new digital technologies are opening up completely new potential applications, with social and economic consequences no less than disruptive. In the public debate, this is linked on the one hand to fears of massive job losses, the discounting of qualifications and far-reaching control over workers. On the other hand, digitalisation is envisaged as facilitating innovative work design and decent working conditions, or ‘new work’.

This thesis cannot be fundamentally refuted. In a range of sectors—information technology, software and various service fields—digitalisation has been associated with sustained, far-reaching, structural change for many years. But this is by no means true of most sectors and work processes.

Contrary to expectations, as expressed especially in the German-initiated ‘Industry 4.0’ discourse, evidence shows that industrial production in particular has in recent years seen only moderate innovation patterns and transformative tendencies. Available empirical findings show this especially for the large German manufacturing sector and the same can be observed in many other European countries: the reality in most companies remains technically and organisationally very conservative.

Indeed, digitalisation in industrial production has up to now been a path-dependent transformation of work processes. In the vast majority of companies there is no lasting change in work, nor are the much-discussed design options for ‘good work’ really being used.

Digitally-based process innovations in most companies proceed mainly incrementally, closely bound to given technological, functional, organisational and economic exigencies. While debate tends to focus on large, technologically ‘high-end’ companies, in most average-size and especially smaller firms digitalisation takes place only step-wise and within limits. This is evident from statistical data on the spread of digital technologies in German industry, as well from case studies.

The relationship between new and old technologies in companies can be traced to the well-known mechanisms of path dependency. As new systems are added, existing IT solutions are optimised through regular updating with new hard- and software, improved networks and increased data availability. Meanwhile, existing processes undergo partial improvements and the elimination of ‘bottlenecks’, such as unreliable onward data transfer or absent network capabilities.

These incremental steps are accompanied by a structurally conservative approach to work processes: the dominant organisational and work-related structures are largely retained, despite the implementation of new digital technologies. At most they are changed by marginal modifications to work procedures to accommodate the new technologies, and then continually adjusted.

An ongoing optimisation process, often in small steps, brings increasing returns to firms, reinforcing the existing structures. Most companies thus retain well-established work practices and job qualifications—radical change in established practices in production areas has not yet been discernible.

This can be illustrated by one small German logistics company. It introduced a digital information system to get rid of unwieldy ‘piles of paperwork’. To this end the company’s forklift drivers and packing workers were to be supported by new PCs or tablets, on which the next five to ten pending orders were to be displayed, individually confirmed and sequentially carried out by the driver.

Recognisably, a certain freedom of decision enjoyed previously by these workers was thereby to be largely eliminated. At the same time, however, the annoying disruptions and stress formerly resulting from information errors would also be removed.

Currently observed tendencies can thus be characterised as simply the updating of work processes. This indicates a very moderate pattern of technological and social innovation, whereby companies, in the course of digitalisation, implement new technologies and develop qualifications and competencies only in proportional to existing plant and work organisational forms and without substantially changing their structures. In theoretical terms, in the sense of path dependency these trends can be considered ‘small events’, bringing gradually increasing returns through stepwise and moderate changes.

Perhaps, though, this pattern of path dependency could be succeeded by fundamentally disruptive change in industrial work and an implementation of innovative patterns of ‘decent work’? This question becomes germane in the context of the coronavirus crisis.

The current situation can be described, in the sense of the Italian philosopher Antonio Gramsci, as an interregnum—an interim period in which old certainties become obsolete but the new order is not yet really recognisable. This is especially true of the future of work.

A widespread opinion is that the pandemic will lead to a surge in digitalisation, because the new technologies offer solutions to the economic and social challenges the crisis presents. As we already know, digitised modes of communication are becoming more extensive and flexible working between home and ‘workplace’ will probably gain in importance over the long term.

Furthermore, the requirements of more flexible markets, new service- and customer-orientated strategies, and faster technology changes—in the context of greater ecological demands—are pushing companies to transcend previous technical and organisational structures. In particular, change in long-established forms of work becomes necessary because of their inflexibility and/or limited capacity for innovation. New solutions in work design, with a staff of highly skilled and motivated employees—albeit very often reduced—will be inevitable.

Politics must however support these prospects for decent work more sustainably than before. It should act as midwife especially of innovative forms of work. It should make clear that digitalisation establishes the foundational technological prerequisites for this—that it can promote and not endanger employment, and that new technologies can support and guide work without deskilling it or restricting the autonomy of employees.

Examples of the successful transformation of work—as positive good practices—should be systematically disseminated and made known. And politics should emphasise, more explicitly than before, that decent, digitalised work is a fundamental element for social cohesion, inclusion, participation and self-realisation. 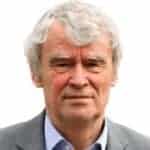 Hartmut Hirsch-Kreinsen is a former professor of economic and industrial sociology at the TU Dortmund and currently a senior research professor working on the digitisation of work and industry 4.0, in close co-operation with the Social Research Centre Dortmund.