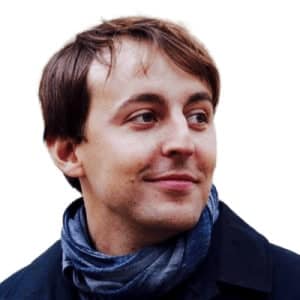 Inequality is the biggest challenge of our time. It undermines social confidence and reduces support for democratic institutions. It lurks behind the new toxic relationship that western societies have established with their future and explains much of recent resentment-driven electoral phenomena and the surge of identity politics with its disruptive backlash.

As for the economic dimension, according to institutions such as the IMF or OECD, inequality hinders growth and the creation of quality employment.

The polarization of incomes and unemployment restricts effective demand, frustrates innovation and can cause further financial fragility. High and increasing levels of inequality obstruct not only progress towards poverty eradication, but also efforts to improve social inclusion and cohesion.

In fact, the OECD highlights that reducing inequality by one Gini point would translate into an accumulated increase in growth of 0.8% during the following five years. In this respect, Europe has moved in the opposite direction. Between 2005 and 2015, the Gini coefficient rose from 30.6 to 31 and income disparities between the top and bottom 20% have increased from 4.7 to 5.2. As the proportion of people at risk of social exclusion is closely related to income inequality, poverty has grown constantly since 2005, and between 2008 and 2014 several member states experienced an increase in inequality in terms of household disposable income.

While one of the five goals of the Europe 2020 strategy aspired to reducing by at least 20 million the number of people in or at risk of poverty and social exclusion (from 115.9 million in 2008 to 95.9 million in 2020), in 2015 these citizens already accounted for 117.6 million in the EU-28. Moreover, 32.2 million disabled people were at risk of poverty and social exclusion in 2010, as well as 26.5 million children, taking the overall percentage to unacceptably high levels (23.7%). The rise in inequality since the economic crisis has especially impacted women, exacerbating poverty among them and excluding them even more from the labour market.

Several factors have contributed to getting us into this situation. The extensive changes in the labour market should be at the centre of our worries: the proliferation of “atypical” jobs, the weakening of collective bargaining, the deterioration in working conditions, increased temporary working, and policies of internal wage devaluation. In short, the labour market has stopped being a stable source of prosperity for many people.

At the same time, other factors have strongly come to the fore. Globalization and the opening up to international markets have left some traditional and important industrial sectors in western economies unprotected. The gains have been unfairly distributed due to the absence of the necessary compensation mechanisms. Robotization and digitalization have had a similar impact. Meanwhile, aggressive policies of fiscal consolidation have weakened our redistribution armoury and left millions out in the rain.

These are some of the conclusions of the report “Combating inequalities as a lever to create jobs and economic growth”, for which I have been rapporteur and that has recently been adopted in the European Parliament (building upon valuable contributions by Social Europe and the Friedrich Ebert Foundation).

It is a report in which the European Parliament establishes combating inequalities as a political priority of the EU and proposes a roadmap with norms, tools and resources to achieve this. It establishes the need to balance the European Semester by introducing genuine monitoring of the Union’s social dimension and feeding this data and any conclusions into the country-specific recommendations. It focuses on the need to reinforce European labour legislation in order to strengthen working rights and incomes, and to introduce new EU-wide solidarity mechanisms to combat child poverty, the gender gap and social exclusion. Finally, the report emphasizes the need to improve our fiscal coordination and harmonization in the fight against tax fraud, evasion and disloyal unethical fiscal engineering that happen in this field.

It is no coincidence that the adoption of this report accompanies the signing of the European Pillar of Social Rights. The Pillar represents a modest step that commits the European institutions to twenty goals and derived rights that must be secured via binding mechanisms over the coming years. Though still inadequate, it is a step in the right direction. Inequality more than matters and must be at the centre of Union policies when it comes to economic growth, institutional stability and social protection: the three pillars of the European integration.

This is the last in a series on inequality in Europe sponsored by SE, the Hans-Böckler-Stiftung and the Friedrich-Ebert-Stiftung. See also our focus page “What is inequality”.