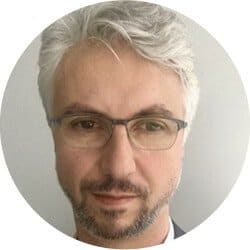 For many today, debating institutional adjustments to the European Monetary Union embodies typical Brussels solipsism. If it ain’t broke, don’t fix it seems to be a reasonable point of departure, especially with economic growth slowly but steadily returning to Europe, mainly driven by private consumption. However, it is still broken when it comes to sufficiently high levels of public investment and thus fails to meet the precondition for long-term growth and convergence across the Member States. In short, the continued accumulation of public investment shortfalls since the crisis, exacerbated by its aftermath, raises questions about the adequacy of the Euro Area’s institutional architecture.

Luckily, the debate is regaining momentum just as the EU has to reinvent itself: Five years after the EU’s impressive record of establishing new institutions during a crisis, the European Commission is about to propose a major refurbishment of the Euro Area architecture on 6 December (today). Euro Area countries are eagerly awaiting the final unwrapping of this ‘package’. The Commission Reflection Paper and the State of the Union speech already indicated venues for potential action: transforming the European Stabilisation Mechanism (ESM) into a European Monetary Fund (EMF), pre-accession support for countries still outside the Euro Area, expanding budgetary capacities to support structural reforms, and last but not least a fiscal stabilisation instrument.

One way to achieve such additional fiscal stability is to focus on public investment, usually the first item to be cut from national budgets during an economic shock. Admittedly, closing investment gaps sounds familiar: Since June 2015, 251 billion euro have already been mobilised under the so-called Juncker Plan through the implementation of the European Fund for Strategic Investments (EFSI). Yet, while EFSI aims to induce trust in markets and to crowd-in private investors, it is government spending which is still not back to pre-crisis levels. In fact, it remains at a 20-year low of 2.7 per cent of EU gross domestic product.

Then again, why would it matter for the Euro Area as a whole and not just for those countries affected? Why would so-called asymmetric shocks affect the aggregate? So far, fiscal consolidation measures have reduced government expenditure and disproportionately so for public investment as current expenditure needs rose concurrently. In particular, the fall in infrastructure investment constitutes an issue of concern. Annual investment shortfalls amount to 435 billion euro in energy and transport networks, broadband technology, education or the rehabilitation of environmental services. Notwithstanding the current recovery of corporate investment, this shortfall has yet to be corrected in many Member States, exposing its structural nature. Its prominence in Euro Area countries with elevated debt levels reminds us of the Stability and Growth Pact as an important limiting factor.

Of course, adding new bricks to the already complex architecture of EMU does not sound very tempting to say the least. To make it even worse: Ever since Member States began to discuss whether measures of risk-reduction should become the precondition for further steps of risk-sharing or the exact other way round, many Commission proposals face political impasse.

Unsurprisingly, those who propose any kind of additional stabilisation scheme for the Euro Area may quickly come under fire for promoting fiscal transfers, and eventually redistribution between Member States. But that misses the point: all the ideas currently floating around, whether a rainy-day fund or an EU unemployment insurance, can be construed to be fiscally neutral if needed. What’s really controversial is whether we actually need something on top? The European Fiscal Board has recently argued that a centralised fiscal stabilisation capacity “could, in the event of very large common or country-specific shocks, overcome the limits of a decentralised system of fiscal policymaking”.

One of the many lessons policy-makers have learned so far is to strengthen the monetary union by strengthening national economies’ resilience. Spotting vulnerabilities and divergences within and across countries has been at the heart of the new surveillance tools of the European Semester. However, future crises will inevitably happen and increasing resilience involves more than ex-ante monitoring. Equally important is the capacity to absorb economic shocks and later on, to recover as quickly as possible. The foremost responsibility lies with the Member State. Its welfare system acts as a buffer and ‘automatically’ stabilises sudden losses of economic output. This is where public investment comes into play. Not only may national shock absorbers like unemployment insurances become quickly depleted during a major recession but it also directly leads to cuts in government expenditure (how else?) which by itself reduces the ability to recover. Previously thought to have been resilient, investment in infrastructure fell by about a quarter by 2016 compared to 2009 in the EU, illustrating how structural and cyclical considerations are closely interconnected.

This is not to reason against fiscal discipline or against financial support for structural reforms, but to keep in mind that the scope of cross-country shock absorption – aka the capacity to mitigate contagion effects – in the Euro Area remains limited. US capital markets are able to absorb up to 40 per cent of asymmetric shocks while such capacity is only six per cent in the Euro Area. This is exactly one of the reasons why the European Union’s project to create a Capital Markets Union is so important, as well as to strengthen the Banking Union. Unfortunately, and for the time being, the Eurozone’s shock absorption capacity through capital or credit markets is not on a par with the US.

Solutions can come in many forms and the Commission’s EMU package will embark on some of them. Since public investment is the first item to be cut during a recession, these should include smart ways to protect it: Be it leveraging on existing instruments such as EFSI or structural funds, increasing the flexibility of the Stability and Growth Pact even further, or to set-up a specific investment protection scheme for the euro area. More than ever it is also about selecting the right investment projects and maintaining a robust and predictable investment framework.

Andrej Stuchlik is Policy Advisor at the European Investment Bank’s Brussels Office and previously Senior Analyst at the European Parliamentary Research Service. He is a former Manager at Bertelsmann Stiftung and Assistant Professor of Political Science at Speyer University and Andrássy-University Budapest.