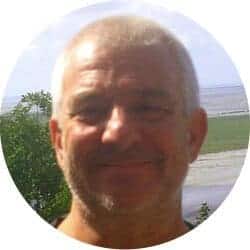 Fiscal Money is the most suitable instrument – and perhaps the only one – to overcome Italy’s serious and enduring crisis. The Fiscal Money project can be implemented both in Italy and other Eurozone countries to exit the liquidity trap by increasing aggregate demand. It can also help tackle the weakness of the Italian banking system which is stuck with a large amount of Non-Performing Loans (of around € 360 billion gross).

But first of all: what is Fiscal Money? This is not legal tender or a parallel currency but a financial instrument. By Fiscal Money we mean a euro-denominated bond issued by the state or a public (or semi-public) institution, covered by its fiscal value (i.e. valid for tax discount), maturing more than one year from issuance, but immediately negotiable on financial markets and so immediately convertible into legal currency. Fiscal Money is a bond fully guaranteed by the state as a tax rebate, even if non-refundable in euro by the state: in this way it does not increase public debt.

This bond is valid “to pay taxes ” only after a reasonable period of time, certainly more than one year from issuance. In fact, if the Fiscal Money were immediately used, then it would be like to a simple tax cut, but that would cause an immediate public deficit. Instead, thanks to its extended maturity of 2-3 years, Fiscal Money can be immediately monetized and can quickly increase spending power. Fiscal Money, as a matter of fact, advances the value of future tax revenues. So it becomes the oxygen required to exit the liquidity trap, to increase income and create new wealth thanks to the Keynesian multiplier.

There are several versions of Fiscal Money. The following are the two most important versions.

Of course, each of these Fiscal Money versions has some critical points. But one thing is for sure: it is vital to stimulate new demand and create new resources to make an early exit from the liquidity trap. In Italy it is already past midnight.