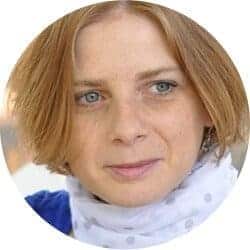 This April, responding to an incident of refugee ping-pong between the Czech Republic and Germany, the Czech Interior Minister, Milan Chovanec, told the press that his country will not be “a place for games of asylum roulette”. Chovanec was angered when a group of Iraqi citizens who were brought to the Czech Republic as asylum seekers by a private non-profit organization, and some of whom had already been granted asylum in the country, travelled to Germany in the hope of settling there instead.

The Interior Minister’s fears that these people would exchange the privilege of being refugees in Czechia for asylum seeker status in Germany proved to be unfounded, given the Dublin regulation and current practices, and the fact that most who returned re-applied for asylum here. And his indignation seemed particularly insincere given the not-so-warm welcome the Iraqis received from some Czech authorities and media but most importantly, since it went completely against the seeming goals of Czech migration policy, which the Interior Ministry creates and implements.

In general, the ethos of Czech immigration law is still based on an unspoken assumption that the best outcome is for migrants (not necessarily refugees) to come to this country for a limited amount of time and then to depart. The relatively low percentage of people granted asylum status also reveals little willingness to have migrants enter and remain on that basis either. Yet, the current reality of people interested in migrating to the Czech Republic and this country’s economic needs do not fit very well into this scenario. This creates certain problems for the non-profit organizations working to improve the lives and conditions of migrants, but is also a controversial mantra to follow, even for Czech officials.

Migrant-aid NGOs often find themselves both assisting immigrants, who are struggling with paperwork for themselves, for their families, or trying to resolve difficult life situations when they unexpectedly lose their jobs or become seriously ill, and providing indirect assistance to the authorities – as legal advisers and intercultural workers working in Ministry of Interior visa offices or at local Integration Centers set up by local and regional governments.

The dissonance between today’s realities of immigrants and the current legal framework lies partly in the history of migration to the Czech Republic, but also in the fact that the authors of immigration policy have not kept abreast of the changes in migration, misreading the push factors and downplaying the pull.

During the first decade after the fall of Communism, the Czech Republic was not predominantly a destination country for migrants, but more of a transit one, mostly for those trying to get from the former Soviet republics to “the West”. Migrant workers began to supplement the local workforce, as new opportunities and higher education began to entice Czechs away from manufacturing industry’s assembly lines. Low-skilled positions in Czech automobile and other factories were filled by foreign laborers with temporary work visas. The assumption of Czech authorities was that as these migrants sent home remittances they were also hoping one day to return to their countries themselves – and this suited both the Czech labor market and quelled concerns of rapidly growing isolated immigrant communities.

In the next five years, as harried economic growth led to a stable economic boom in 2005-08, we also saw a rapid growth in the number of migrants with permanent residency status, with an increase of more than 110 percent from 2003 to 2008. Migrants from Ukraine, Vietnam, Russia, Mongolia began to settle in the Czech Republic. What happened in these years was not only the stabilization of the Czech economy, but the destabilization of many of the main countries of origin among Czech migrants, making this country a more appealing place to raise a family and keep their savings really safe.

Since the mid-2000s, the proportion of immigrants with permanent residence among all those staying here on long-term visas has also grown very quickly. The past three years have seen that proportion leap over the 50% mark, along with a significant increase in citizenship applications.

The immigration laws of the Czech Republic, although relatively open until recently to labor migration, have not stayed in step with the times. Since around 2009, when the economic boom began to wane, politicians began using migrant workers as scapegoats for economic instability, stoking unfounded fears of rising unemployment and recession. This was also reflected in the tightening of immigration policies, making the hiring of foreign workers for longer periods of time more complicated.

Instead of allowing Czech companies to easily supplement their employee rosters with relevantly skilled and experienced migrants, the authorities seem to cling to the idea that all this country needs is a cyclical migration model as it seemingly served it well in the past. This means, though, that not only are low-skilled migrants left in an increasing precarious position, but also that higher skilled workers are often discouraged from moving here.

With unemployment in the Czech Republic hitting a ten-year low at the end of 2015, among the lowest levels in the EU, there is little threat from migrant workers to the domestic labor market. The question is whether local authorities can swallow their pride and accept that in order to have a vibrant, diverse and sufficient workforce they need to offer migrants not just visas but also a potential future in this country. Recent initiatives like the partnership between migrant-aid NGOs and the Czech Chamber of Commerce attempt to alleviate this problem in the private sector. In addition, a number of NGOs have been providing job-search assistance, job training and requalification subsidies to migrants, but all of these efforts will not be enough to help immigrants meet local demand if the impediment of over-complicated and strict immigration regulations remain in their way.

Masha Volynsky is a media and communication expert who currently works at the Consortium of migrant assisting organizations in the Czech Republic. She has previously worked in print, online and radio journalism with a particular focus on human rights and immigration issues.