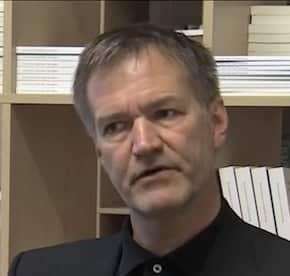 UKIP’s recent success has triggered a cry of pain from liberal Britain. But responsibility for the rise of this modern populism lies substantially at the door of those self-same liberals.

To borrow from Tony Blair any sensible response that wants to be tough on UKIP must be tough on the causes of UKIP. And what is that cause? It is for the most part the excesses and blind spots of contemporary liberalism. The modern social and economic liberalism, that dominates all the main political parties, has produced an economically abandoned bottom third of the population with no real chance of ever gaining a share in prosperity; and an even larger group who feel a vague sense of loss in today’s atomized society in which the stability of family and the identity of place and nation has been eroded.

UKIP voters are a compound of those ignored, abandoned and laughed at by the metropolitan liberals who, despite some party differences, dominate our public and cultural life. UKIP certainly has a xenophobic fringe, and seems to have hoovered up most former BNP voters, but for the most part UKIP voters are just socially conservative, economically and culturally marginalized people who do not recognize themselves in any of the main parties. Many of the same factors seem to apply to PEGIDA in Germany; it is more of a single issue movement but that single issue is emblematic of the same alienation from high liberalism.

The gap that has opened up between the secular liberal baby boomer worldview that dominates our party, governmental and social institutions and the political and psychological intuitions of the ordinary citizen is the new cultural/class divide in Britain.

The liberal baby boomers tend to be universalistic, suspicious of most kinds of group or national attachment, and individualistic, committed to autonomy and self-realisation. They are often geographically and socially mobile and comfortable with rapid change. Such liberals might care about harm to people and about justice but, as the American social psychologist Jonathan Haidt has pointed out, they don’t “get” what most other people also get—loyalty, authority and the value of stability and continuity in communities.

Modern liberalism imposes the worldview, and economic interests, of the mobile, graduate, elite on the rest of society. And the rest of society often doesn’t like it, as the surge in support for populists like UKIP and PEGIDA makes clear. Why has so much time been spent in recent British politics on expanding and reforming higher education, and so little on sorting out our chaotic vocational training system—leaving us with an apartheid system between the graduates of good universities and the rest? Because it reflects the lives and interests of that baby boomer graduate elite, of which the political class is one part.

Why have we failed to build enough houses or sort out the welfare system? Because the interests of the liberal baby boomer elite are not sufficiently engaged.

And the biggest single slice of wrong-headedness concerns the security and identity issues—most of which boil down to the common sense notion of “fellow citizen favouritism”. This is not about race or hostility to “the other” it is about fairness, the belief that in general the interests of a British citizen, of whatever colour or creed, should come before a non-citizen.

But universalist, baby boomer liberalism in its embrace of large scale immigration, its enthusiasm for judge-made human rights law and for “non-discrimination” between EU citizens, ends up minimizing the distinction between national citizens and outsiders. Liberal rights based ideology has too little sense of the contribution that people need to make for societies to work.

This communitarian critique of liberalism is not illiberal but post liberal, it claims that people are moral particularists not universalists, and they care about the citizen/non-citizen distinction. That means agreeing that all humans are equal but not all equal to us; our obligations and allegiances ripple out from family and friends to stranger-fellow-citizens and only then to all humanity. Charity begins at home, even if it doesn’t end there. That’s why we spend 25 times more on the NHS than on development aid.

This critique also places great value on the social glue of national identity that modern liberalism takes for granted or disdains as a throw-back to ethnic exclusivity. But the glue is in fact a product of modern societies. It has been moulded over centuries, to create a sense of interconnection and mutual regard between citizen-strangers.

That sense of mutual regard now happily co-exists with racial and gender equality but it can also be damaged by over rapid change and ethnically segregated towns. And large Muslim minorities raise these issues particularly acutely as PEGIDA in Germany has highlighted.

A widely agreed, open national story, one of the most important aspects of social glue, is not some projection of the tribe onto modern societies but rather a valuable unifying asset in more diverse, individualistic societies. It is the erosion of national citizenship in the name of universal values that is reigniting racist “Golden Dawn” tribalism.

If modern liberalism is too disdainful about myths of lost intimacy, and too thoughtless about social glue, it is also wildly idealistic about choice and freedom.

Freedom does not already exist inside individuals ready to burst out once the constraints have been removed; it has to be nurtured within the bounds of human nature. This is what the 1960s revolution did not understand. Or rather the 1960s consisted of two movements closely entangled. There was the rights revolution for women and minorities that represented a leap forward in freedom and equality. But there was also a more “emancipatory” impulse to reject obligation and tradition that fuelled a surge in various social pathologies, from crime to the breakdown of the family that we are only now recognizing and recovering from.

Conventional liberalism does not like the idea of the common good because—in all but basic things like peace and physical security—it does not know how we can arrive at it in diverse, individualistic societies with many conflicting interests and ideas of the “good”.

Yet it often then smuggles in its own very clear view of the good society. As we have described, it has a bias towards universalism and individualism, it places a relatively low value on stability and continuity, indeed it is ambivalent about the idea of community which is something to be celebrated in the abstract but escaped from through geographical or social mobility in practice. The idea of the good life turns out to be something that looks very like the life of today’s metropolitan upper professional.

British elites have always been good at adapting to survive. But by bringing together the dissatisfied of Tunbridge Wells and the downtrodden of Merseyside, UKIP has presented the political class with a formidable challenge that cannot be met by a few policy wheezes. The rise of UKIP requires modern liberalism to better understand itself, and its limitations, and see itself through the eyes of those left behind by globalisation and those who cannot or do not want to forge a career in the professions or the creative industries.

Most people are rooted in communities and families—60 per cent of the population live within 20 miles of where they lived aged 14—often experience change as loss and have a hierarchy of moral obligations. Too often the language of modern politics ignores the real affinities of place and people. Those affinities are not obstacles to be overcome on the road to the good society; they are one of its foundations. People will always favour their own families and communities; it is the job of a post liberal politics to reconcile such feelings with fluid, open societies in which people expect high degrees of individual autonomy. Modern liberalism’s failure, to date, to achieve that reconciliation has left a large Nigel Farage-shaped hole in our politics.