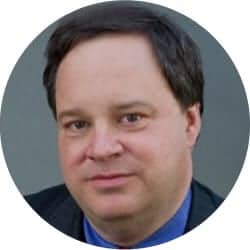 First it was the 2007 financial crisis. Then it became the 2008 financial crisis. Next it was the downturn of 2008-2009. Finally, in mid-2009, it was dubbed the “Great Recession.” And, with the business cycle’s shift onto an upward trajectory in late 2009, the world breathed a collective a sigh of relief. We would not, it was believed, have to move on to the next label, which would inevitably contain the dreaded D-word.

But the sense of relief was premature. Contrary to the claims of politicians and their senior aides that the “summer of recovery” had arrived, the United States did not experience a V-shaped pattern of economic revival, as it did after the recessions of the late 1970s and early 1980s. And the US economy remained far below its previous growth trend.

The situation is even worse in Europe. Instead of a weak recovery, the eurozone experienced a second-wave contraction beginning in 2010. At the trough, the eurozone’s real GDP amounted to 8% less than the 1995-2007 trend; today, it is 15% lower.

Cumulative output losses relative to the 1995-2007 trends now stand at 78% of annual GDP for the US, and at 60% for the eurozone. That is an extraordinarily large amount of foregone prosperity – and a far worse outcome than was expected. In 2007, nobody foresaw the decline in growth rates and potential output that statistical and policymaking agencies are now baking into their estimates.

By 2011, it was clear – at least to me – that the Great Recession was no longer an accurate moniker. It was time to begin calling this episode “the Lesser Depression.” But the story does not end there. Today, the North Atlantic economy faces two additional downward shocks. 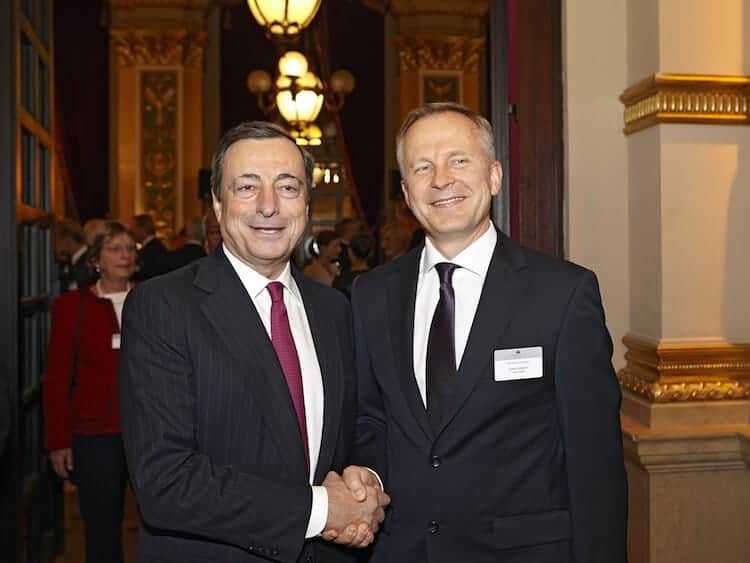 Mario Draghi (left) announced to use all available unconventional instruments at the ECB’s disposal if necessary (photo: CC BY 2.0 ECB)

The first, as Lorcan Roche Kelly of Agenda Research noted, was discussed by European Central Bank President Mario Draghi while extemporizing during a recent speech. Draghi began by acknowledging that, in Europe, inflation has declined from around 2.5% in mid-2012 to 0.4% today. He then argued that we can no longer assume that the drivers of this trend – such as a drop in food and energy prices, high unemployment, and the crisis in Ukraine – are temporary in nature.

In fact, inflation has been declining for so long that it is now threatening price stability – and inflation expectations continue to fall. The five-year swap rate – an indicator of medium-term inflation expectations – has fallen by 15 basis points since mid-2012, to less than 2%. Moreover, as Draghi noted, real short- and medium-term rates have increased; long-term rates have not, owing to a decline in long-term nominal rates that extends far beyond the eurozone.

Draghi’s subsequent declaration that the ECB Governing Council will use “all the available unconventional instruments” to safeguard price stability and anchor inflation expectations over the medium-to-long term is telling. The pretense that the eurozone is on a path toward recovery has collapsed; the only realistic way to read the financial markets is to anticipate a triple-dip recession.

Meanwhile, in the US, the Federal Reserve under Janet Yellen is no longer wondering whether it is appropriate to stop purchasing long-term assets and raise interest rates until there is a significant upturn in employment. Instead, despite the absence of a significant increase in employment or a substantial increase in inflation, the Fed already is cutting its asset purchases and considering when, not whether, to raise interest rates.

A year and a half ago, those who expected a return by 2017 to the path of potential output – whatever that would be – estimated that the Great Recession would ultimately cost the North Atlantic economy about 80% of one year’s GDP, or $13 trillion, in lost production. If such a five-year recovery began now – a highly optimistic scenario – it would mean losses of about $20 trillion. If, as seems more likely, the economy performs over the next five years as it has for the last two, then it takes another five years to recover, a massive $35 trillion worth of wealth would be lost.

When do we admit that it is time to call what is happening by its true name?