A crisis of wellbeing is invisibly surging in the digital economy. As with the coronavirus, Europe needs to get a grip on it.

Covid-19 has brought to the forefront another type of ‘pandemic’, years in the making, concerning the mental health of society in Europe. It represents indeed an unprecedented crisis, directly linked to the increasing precariousness and instability of the labour market and to the digitalisation of the global economy.

According to Eurofound, 20 per cent of jobs in Europe were of ‘poor quality’ in 2017, putting the physical as well as mental health of workers at risk. The Organisation for Economic Co-operation and Development highlights financial uncertainty and labour insecurity as the biggest risks associated with poor mental health—while noting that investment in quality jobs and long-term contracts are fundamental to guaranteeing good mental health.

The recent surge in inflation internationally and the consequent rise in the cost of living has resulted in a reduction in purchasing power for entire populations. This, in turn, increases the need to invest in decent jobs, to stem the proliferation of psychosocial risks provoking mental illnesses.

The ubiquity of digitalisation has added fuel to the fire. New technologies, automation and artificial-intelligence (AI) systems are transforming not only our personal lives but also the nature and organisation of work, with dire consequences for workers’ mental health.

Mass surveillance, lack of clarity and transparency in professional relations, isolation, hyper-connectivity, an increase in working hours or the violation otherwise of privacy rights all stem from digitalisation and increase psychosocial risks in the workplace, with negative effects on mental health. To avoid abuse and a surge in sickness due to disorders such as anxiety, depression or ‘burnout’, we must ensure digitalisation becomes a synonym of optimisation and progress—not onerous demands and precariousness.

‘My friends come over for dinner. I order food through a mobile app. The delivery person arrives by bicycle. I receive my order and rate the driver for the service.’ This is an example of platform work. The worker, most likely declared as bogus ‘self-employed’, does not have insurance or the right to future social benefits. His or her work is regulated by an algorithm, which establishes the labour conditions.

The economy of digital platforms is an increasingly popular business model which exemplifies the necessity to regulate digitalisation and AI systems in the workplace, to protect workers and ensure decent health-and-safety standards. Legislation should require that digital algorithms are used ethically and transparently, guaranteeing human supervision to avoid arbitrary or discriminatory decisions. The European directive on platform work, in the pipeline, must shed light on these grey areas.

In recent years, other measures have been adopted gradually in Europe, albeit not mandatory. The new strategic framework for health and security (2021-27), for instance, mentions the problems affecting mental health but does not establish binding measures to resolve them.

In July, for the first time, the European Parliament adopted a resolution which included numerous calls on the European Commission to launch new directives. The most ambitious was a demand to regulate the use of AI in workplaces, given how algorithms and other AI systems can be invasive if not correctly used and corralled.

Legislation for prevention of psychosocial risk, regulation of ‘telework’ and recognition of mental-health disorders as occupational illnesses—to guarantee adequate compensation—were also key elements included in the report, to protect workers’ mental health in an increasable digitalised world of work and ensure their reintegration into the labour market after illness. Many who have suffered a work-related mental illness have difficulty doing so. This raises costs for social-security systems, rates of long-term unemployment and the risk of social exclusion and medium to long-term poverty.

Mental health has always been approached only secondarily. Yet mental disorders linked to work have been increasing and, while invisible, affect not only the health of workers but society as a whole. Mental illness is estimated to cost more than 4 per cent of gross domestic product in the European Union and within that 1.6 per cent (€240 billion per year) is linked to indirect costs in the labour market such as absenteeism and ‘presenteeism’ (working while ill). Data show that more than half the days of work lost in the EU are due to work-related stress.

A progressive digital economy cannot be built on the foundations of labour exploitation, precarious work conditions and unprotected, sick workers. Europe requires the legislative tools to make a sustainable transition to wellbeing and social justice for all its citizens.

A Spanish version of this article was published on publico.es on September 1st

Estrella Durá Ferrandis is a member of the European Parliament, in the Spanish socialist delegation, and of its Committee of Employment and Social Affairs. 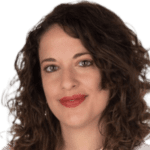 Alba Huertas Ruiz is a political adviser to the Spanish socialist delegation in the European Parliament.