Unions have the resources and capacities to mobilise and represent platform workers, and connected workforces in emerging non-standard work forms.

Digital labour markets are at the centre of the debate about the future of work. They operate by matching virtually jobs divided into small tasks to workers who are often not recognised as employees. Digital labour matching expands the potential workforce by defying geographical or organisational boundaries.

Digital labour platforms are at the forefront of these changes. Recent research shows that in 2021 about 5 per cent of adults in the European Union worked on platforms, while nearly 12 per cent provided digitally mediated labour more broadly. That is a substantial share of employment and these solutions are proliferating across traditional sectors and workplaces.

The practices involve monitoring and control through algorithmic management, data gathering and the optimisation of work processes, as well as greater dispersion and fragmentation through remote work and outsourcing. When coupled with regulatory arbitrage, they can accelerate the ‘race to the bottom’ in labour standards and economic risks assumed by workers, creating unfair competition with companies that do not circumvent labour regulations.

Certainly, technological change breeds novel challenges. Most platform workers’ grievances however come down to traditional conflicts over power and information asymmetry, with distributional issues taking centre stage. Pay is by far the most common cause of platform labour unrest globally. Workers contest non-payment and very low payment, a heavy load of unpaid labour, income insecurity and lack of compensation for work equipment.

The second most widespread cause of dispute in Europe is employment status. Misclassification has immediate consequences for access to labour rights and protections, hampers unionisation and effectively deprives workers of access to collective bargaining and freedom of association.

Faced with such challenges, early cases of labour protest have overwhelmingly been of a bottom-up nature, with workers within the same platform uniting in ad hoc strikes, demonstrations or online campaigns. As the platform workforce is digitally managed, and thus constantly connected, online channels of communication such as forums, chats or ‘social media’ groups have been key for exchanging views, formulating demands and mobilising dispersed workers. Many of these initiatives have morphed into grassroots organisations.

The potential for forging collective identity and solidarity is facilitated by geographical proximity and opportunities for personal contact, such as in on-location transport and delivery platform work. Remote platform work is more challenging for worker organising. Yet here too online communication tools and charismatic leadership can build community groups and solidarity among the otherwise isolated.

YouTubers Union is a case in point. Founded in 2018 by a popular German content creator as a Facebook group to voice dissatisfaction with pay, it evolved into FairTube and since 2021 has been a formally registered organisation, supported by the big established union IG Metall.

Building alliances between worker-led initiatives and unions is often indispensable: platforms have habitually been reluctant to enter negotiations with workers not formally organised or institutionally supported. But it also shows the potential for innovation and experimentation, going beyond the renewal of traditional organising capabilities. Such efforts can include a structured network of support, expertise and material resources.

Platform workers can be integrated in insurgent unions specific to the platform economy or the sector-specific arms of some mainstream unions. These strategies can build on other experiences of mobilising non-standard workers, such as opening up union membership to solo self-employed workers or to particular occupational groups, such as artists.

The emergence of legitimate actors on both sides of the negotiating table facilitates collective agreements and deals. Employer organisations of platforms proved helpful in settling sectoral or multi-company agreements, as opposed to more fragmented firm-level bargaining, thus extending coverage.

The growing number of national collective agreements negotiated by unions with these high-tech multinationals testifies to the efficacy of traditional instruments. But there has also been experimentation, including in cross-border agreements and European Company works councils.

Trade unions have also tended to engage in legal action, in most cases related to the employment status of platform workers. Litigation is more widespread in countries where there are important gains regarding minimum wages, paid leave and other protections attached to achieving legally recognised employment status, as well as where this is a prerequisite for entering formal negotiations.

Legal challenges can generate leverage over platforms, especially where workers’ bargaining power is too low to pursue other routes. But this also applies where new provisions specific to platform work have been introduced, such as the ‘riders’ law’ in Spain, but platforms are failing to comply.

Unions have also pursued a regulatory route. While national-level initiatives to review labour law, such as those undertaken in Croatia and Ireland in 2021, should not be underestimated, greater impact could be achieved via international regulation and standards. These have the potential to provide a more coherent and consistent reference point for national policies across different jurisdictions, especially for cross-border platform companies.

This direction has been pursued at EU level—although, admittedly, it does not yet encompass all aspects of decent working conditions—with the proposed directive on improving conditions in platform work. By pushing for greater transparency and worker-representation rights, this can be an important step towards independent, collective organisation and representation for online-based labour.

Various barriers, including employment status and the atomised character of the platform workforce, hamper longstanding strategies for building a membership base in the digital economy. Although platform workers do not view unions as incompatible with new digitally mediated forms of work, they recruit from groups known to face significant difficulties in unionising: precarious workers in the service sector, more often young and foreign-born.

Traditional unions, and industrial-relations systems more generally, have been changing and adapting to new labour-market players and organisational practices. They rightly recognise that, despite the increasing diversity of issues on the bargaining agenda brought by technological developments, the core of platform workers’ struggles remains those that have continually taken centre stage in collective bargaining: fair pay, decent working time, social protection and labour rights.

The perceived novelty of platforms as technological start-ups should thus not obscure the similarity of the vulnerabilities involved to those found in other forms of precarious labour—and perhaps the potential solidarities which can follow.

This piece draws on a paper by Agnieszka Piasna and Wouter Zwysen published in the International Journal of Labour Research. 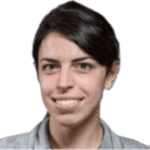 Agnieszka Piasna is senior researcher in economic, employment and social policies at the European Trade Union Institute in Brussels, focused on job quality, labour-market policies and regulation, working time and gender issues. She co-ordinates research in the framework of the ETUI project on contingent and platform work.