The bad news for Germany’s sophisticated economy is innovation by indigenous Germans is declining. The good news is migrants are more than compensating.

In March, Uğur Şahin and Özlem Türeci of BioNTech received Germany’s Federal Cross of Merit for their patent-protected development of the world’s first Covid-19 vaccine. The two are emblematic of the indispensable contribution migration now makes to Germany’s strength in innovation, which we have quantified in a recent analysis.

The analysis is based on the totality of all patents for which protection was sought in Germany between 1994 and 2018 (such as through registration with the German Patent and Trademark Office, the European Patent Office or the World Intellectual Property Organisation) and in which at least one inventor residing in Germany was involved.

The evaluation was carried out using a specially developed first-name module, which contains the approximately 38,000 different first names of all inventors residing in Germany who have been involved in a patent application seeking protection in the country since 1994. These first names were assigned to one or more of a total of 24 language areas, to determine the region of the world where the roots of the person concerned were most likely to lie. About 92 per cent of the first names were specific to a defined language area: Uğur and Özlem, for example, to the Turkish one, as with Heinz and Hildegard to the German.

A total of 11.2 per cent of all patents developed in Germany can now be traced entirely to inventors with a migration background. In 1994, this figure was only 3.8 per cent and it has risen steadily since. In other words, shortly after reunification inventors with a migration background were responsible for barely one in 25 patents developed in Germany but now the ratio is one in nine.

Of course, inventors living abroad also contribute to innovation in Germany. Since this study however measured the explicit contribution of migration to Germany, those residing abroad were excluded from the analysis. An unavoidable under-recording of migration arises, because first names specific to the German language area are also found in Austria, parts of Switzerland and northern Italy, among others.

In other words, the in any event moderate growth in patent applications developed in Germany over the last ten years is exclusively thanks to inventors with a migration background. Without them, Germany’s economy-wide patent activity would have fallen.

Certainly, the cumulative patent performance of inventors from the German language area continually increased between 1994 and 2000. It has however stagnated since and even fallen in the last ten years. The causes of this lie in demographic developments, exacerbated by labour-market bottlenecks in technical-scientific qualifications and occupations, which are largely responsible for research, development and consequently patent applications.

The simplest way to enumerate the demographic problem is that 13.5 million people born in Germany in the ‘baby-boomer’ decade gave rise to only 7.9 million children and adolescents between the ages of five and 14. The consequences have long since reached the colleges. And as in this millennium it has not been possible to motivate more students each year to take technical-scientific subjects, the pool of potential German inventors—and consequently their aggregate patent performance—has been reducing for years.

An unhelpful view is that higher-education capacity should be reduced—cynically referred to as the siphoning off of demographic ‘returns’. The necessary and only sensible solution is to at least maintain third-level capacities and to inspire students from abroad to study in Germany.

A more careful look at the influx of technical-scientific specialists shows that they have often migrated to Germany as fully trained academics from abroad. But in addition to traditional immigration through the labour market, Germany has been pursuing another very successful path for years—immigration via higher education. In particular, German engineering and information-technology training enjoys a very good international reputation and the fact that study in Germany does not entail tuition fees also makes it very attractive for students from abroad.

Since the United Kingdom announced its departure from the European Union (and dropped out of the Erasmus student-mobility programme) and the United States under Donald Trump’s presidency chose to deter high-skilled students from abroad, Germany has noted an increasing number of students—particularly from India, China and Spanish-speaking home countries—with many in ‘STEM’ subjects. In technical and natural-sciences courses about a quarter of the students have latterly been foreign—that is, they have obtained their university entrance qualification abroad and come to Germany to study. After their examination, at least half of the graduates from this group remain in Germany and contribute enduringly to the added value of this country.

Critics of free higher education complain that the other half are leaving Germany again, creating a ‘brain drain’—as a result of which Germany bears the educational costs, while other countries absorb the associated income. Fortunately, majority opinion, political and social, considers the glass to be half-full, and a sober fiscal reflection validates this view.

The graduates remaining in Germany overcompensate not only for their own training costs—through taxes and social-security contributions—but also for those of the migrating half. In addition, a not to be underestimated proportion of the ‘departing’ half are employed in foreign branches of German industrial enterprises and thus their work benefits Germany very well. Likewise not to be underestimated is the (hopefully positive) image which foreign students who have enjoyed their education in Germany convey to their home countries or the rest of the world.

As a pleasingly successful measure to strengthen a welcoming culture, the portal ‘Make it in Germany’ has established itself. It was developed in the German Economic Institute, launched in 2012 and is now the central information portal of the federal government for all questions concerning immigration to Germany. The aim of the portal is to inspire professionals worldwide to work in Germany. The foundation of this is a culture, in politics, society, administration and companies, which invites people to stay in Germany.

‘Make it in Germany’ paints a modern and diverse picture and helps to present the federal republic as a sympathetic and cosmopolitan country, attractive thereby to qualified specialists. The portal provides comprehensive information on entry and visa procedures, family reunification, job search and everyday life in Germany. In addition, the possibilities of training or studying in Germany are explained.

Germany faces enormous challenges in innovation—from decarbonisation, health protection and digitalisation to technological competition with China. Only through more innovation, and thus cosmopolitanism and immigration, can these challenges be overcome and at the same time wellbeing be secured.

In the current pandemic hardly any foreign students and specialists are however coming to Germany and this could have a negative impact on innovation performance soon. But here the circle closes: two inventors with a migration background, Şahin and Türeci, developed an effective solution for the cause of this problem. 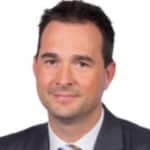 Oliver Koppel works as an innovation economist with the Cologne-based German Economic Institute. His major research interests are patents, disruptive technologies and migration. 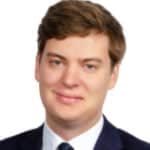