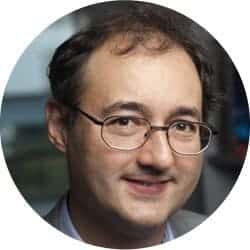 Soon after the newly elected Austrian government was formed as a coalition of the conservatives and the far right in December 2017, an appeal to boycott the far right Austrian ministers was published in Le Monde in France, while the President of the European Commission, Jean-Claude Juncker, received the new Austrian Chancellor Sebastian Kurz most warmly. This was very different from the unfriendly reaction of the EU to the first conservative-far right Austrian government in 2000. It is too simplistic to say that Europe has meanwhile moved much more to the right. Rather, the omnipresent neoliberal – more accurately, market-fundamentalist – ideology has swallowed up all political parties, from the social democratic left to the Christian democratic right, and has now found its true political destination.

The programme of the new Austrian government illustrates well this political evolution, and the current Austrian social democrats in opposition could have subscribed to three quarters of this programme – indeed, some of them even discussed the possibility of a left/far-right coalition. Market-fundamentalist doctrine rejects any intervention of politics in the market forces which apparently operate independently from human interference according to supposed natural laws that economists seek to describe mathematically. So, the core duty of any government – implementing economic policy along the lines of its ideological convictions – is taken away. Governments now see themselves as managers who administer and protect a free and unrestrained development of markets and analyse their changes and moves, like zoo-keepers commenting on their growing animals. Governments are expected to facilitate, not to govern, and so it increasingly matters little whether the ruling political party is named socialist, liberal, conservative or far right.

A neoliberal economic policy necessarily leads to a redistribution of wealth from the poorer to the richer, and to widespread impoverishment and alienation as a result of the workings of the unimpeded (supposedly immutable) rules of the market and the financial and monetary system. To maintain such a system of economic, and eventually political, inequality a government must set the poor against the poor to keep them preoccupied in fights against one another on the Internet or in the streets – for example, poor citizens against poor foreigners and refugees. At the same time, that government must eradicate vestiges of social solidarity and financial redistribution by deregulating the markets further and by introducing tax cuts. The programme of the new Austrian government does exactly that (e.g. pp. 23-24, 29-35, 41-42, 47-48, 76-77, 118, 127-146): Deregulation of the market (reduced state intervention) is coupled with a law-and-order agenda, nationalism, and assertion of the own identity against the foreign outside (increased state intervention).

If a neoliberal economic order wants to remain well-entrenched, it must ultimately be founded on an authoritarian form of government with traces of modern types of fascism. Critics have to be silenced, either by declaring them as irrelevant and biased experts, or through violence like in South America in the 1970s, so that market fundamentalist ideology will not be questioned: this cannot be achieved in a liberal democracy in the long run. Furthermore, people must be kept busy with narratives of fear and combat, of “them and us”, “citizen-foreigner”, “friend-foe”, “white-black”, as in classical nationalist, racist and xenophobic rhetoric, and so the popular mind is diverted from growing poverty and inequality. That rhetoric ties in well with market fundamentalist thinking, for what else does “healthy competition” between all in every area of society mean if not a brutal fight for survival against the competitor-enemy? And everyone has to be competitor and enemy: solidarity and compassion become hostile acts against the nation or the “people”, that is, atomised consumers enjoying commodified individuality. Ironically, this totalitarian glorification of economic relations is something market fundamentalism shares with Marxism-Leninism of the 20th century. The appeal in France for a boycott of the far-right Austrian ministers appears out of place: the French president Emmanuel Macron is an exemplary sort of politician who paves the way for a far-right neoliberal system, like Merkel in Germany. Austria is only a few years ahead. As the Austrian satirist and critic Karl Kraus (1874-1936) already remarked: Austria is the experimental station for the end of the world.