The military in Myanmar is fully aware of Europe’s response to the killing spree against democracy protesters. It is not impressed.

Nineteen protesters were sentenced to death by a military tribunal in Myanmar last Thursday. Since February more than 700 people have been killed by the military. The junta is is trying to terrorise the people of Myanmar into submission.

At the United Nations Security Council, China and Russia water down resolutions against the junta and oppose any co-ordinated international measures. They were prominently represented at a military parade in Naypyidaw, the Myanmar capital, on a day when over a hundred protesters were shot in the streets.

Meanwhile Europe’s focus last week was on who got to sit on a chair in Ankara and who was relegated to the sofa—and whether the subordination of the European Commission president, Ursula van der Leyen, was a deliberate humiliation by the misogynist Turkish president, Recep Tayyip Erdoğan, or caused by the desire of the president of the European Council, Charles Michel, for a privileged photo-opportunity.

While backing the junta, and being by far the biggest weapons supplier to the military, China´s foreign minister, Wang Yi, has nevertheless the audacity to warn against international ‘interference’ in Myanmar. Non-interference is a diplomatic euphemism for the notion that suppressing, torturing and killing people should not be a hindrance to foreign relations, trade and business.

Allegations of ‘foreign’ interference are an increasingly commonly strategy by the perpetrators of human-rights abrogations—such as Russia—to deflect international condemnation in the name of universal norms. These chime with claims from the ‘realist’ camp of international relations against moral overstretch. Governments, say the latter, should pursue foreign policies in the interest of their own people first and foremost—a ‘national interest’ being taken for granted—and not attempt to take responsibility for human rights around the globe.

Cultural relativists tend also to favour non-intervention. They claim human rights are misused as disguised ‘post-colonial’ imperialism to maintain western dominance. Others argue pragmatically in favour of no standards, instead of double standards: as long as there is business with Saudi Arabia and China, why not Myanmar? And there are finally those who warn that sanctions do not work and would only in this case drive the junta further into the arms of the Chinese.

These arguments deserve consideration. A strong case can be made against intervening in the name of ‘freedom and democracy’, if a regime enjoys the support of its people and if internal opposition is largely absent. This does not however apply to Myanmar.

There, a democratically elected government was overthrown by the military against the express will of the people. Millions of people are demonstrating, risking their lives and asking the world for help. Nor do the values of freedom and democracy appear culturally alien: it is not ‘foreign agents’ or US-sponsored non-governmental organisations but millions of young people from all strata of society who are protesting day and night.

Yes, there are double standards but shouldn’t there at least be a minimum standard of maximum support for those cases—such as Hong Kong, Belarus or Myanmar—where the people rise up for our shared values against repressive regimes? Nor will European restraint in supporting the civi-disobedience movement moderate the military or loosen its already tight geopolitical ties to China.

Non-interference means nothing but allowing the military—supported by China and Russia—to crush the popular movement. So what can and should Europe do? Its leverage is limited but as the third largest export market for Myanmar it is not negligible.

While there is no simple answer, the high representative of the European Union for foreign affairs and security policy, Josep Borell, clearly gets it wrong. At the European Parliament in early February, he asserted that—despite the coup—the EU would not withdraw its ‘everything but arms’ (EBA) trade preferences with Myanmar:

Withdrawing [trade] preferences would damage the civilian garment sector, while leaving military businesses unscathed. 500,000 workers would be at risk—mostly women. So we cannot afford taking these kinds of measures.

The EU prides itself on its generalised schemes of preferences and EBA as main tools to promote human rights in third countries. It invalidates these tools, however, if even killing hundreds of civilian protestors is no reason to withdraw the preferences. Indeed, last year the EU withdrew the EBA arrangement from Cambodia, also a garment-producing country, for far less severe human-rights violations than those committed by the junta.

Borell argued that the EU’s key objective was to ‘restore dialogue’ and that it would consider targeted ‘sanctions on individuals and on businesses owned by the military’. He failed to explain what the EU would meanwhile do to persuade the military to behave otherwise.

Finally, on March 22nd, seven weeks after the coup, the EU announced some targeted sanctions against 11 high-ranking military leaders—a travel ban and assets freeze, whose impact would depend on their planning vacations in the EU or stowing their money in European banks. The US and the UK are meanwhile swiftly scaling up measures against business linked to the military.

Lauding these latter steps, the Committee Representing Pyidaungsu Hluttaw, the Burmese government in exile, made an urgent appeal to the international community for tougher targeted sanctions against the military. The Confederation of Trade Unions of Myanmar, representing those mostly female garment workers, called for harsh comprehensive sanctions. On April 8th Human Rights Watch urged the EU to apply sanctions against all businesses linked with the military. Sadly, Europe is largely missing in action.

Will international sanctions help the civil-disobedience movement break the coup or will the military—with Chinese and Russian help—win anyway its battle against the people? We can’t know but we do know that continued diplomatic slow motion will allow the coup to be consolidated as a fait accompli.

Europe’s leaders need to rise—be that from a chair or a sofa—and live up to their own commitments. No one will take Europe’s values-based trade policies seriously, in Myanmar or anywhere else, if a junta torturing and killing innocent people can continue to enjoy trade preferences which are supposed to advance human rights. 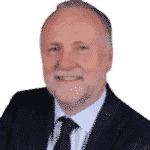