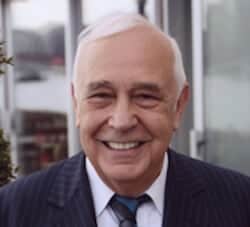 The economic historian Niall Ferguson reminds me of the late Oxford historian A.J.P. Taylor. Though Taylor maintained that he tried to tell the truth in his historical writing, he was quite ready to spin the facts for a good cause. Ferguson, too, is a wonderful historian – but totally unscrupulous when he shifts into political gear.

Ferguson’s cause is American neo-conservatism, coupled with a relentless aversion to Keynes and Keynesians. His latest defense of fiscal austerity came immediately after the United Kingdom’s recent election, when he wrote in the Financial Times that, “Labour should blame Keynes for their defeat.”

Ferguson’s argument amounts to that of a brutal disciplinarian who claims vindication for his methods by pointing out that the victim is still alive. In pleading on behalf of British Chancellor of the Exchequer George Osborne, he points out that the UK economy grew by 2.6% last year (the “best performing of the G-7 economies”), but ignores the damage that Osborne inflicted on the economy en route to this recovery.

There is now much agreement about this damage. The Office of Budget Responsibility, the independent agency set up by Osborne to assess the government’s macroeconomic performance, has just concluded that austerity reduced GDP growth by 2% from 2010 to 2012, bringing the cumulative cost of austerity since 2010 to 5% of GDP. Simon Wren-Lewis of Oxford University estimates that the damage might be as high as 15% of GDP. In a recent poll of British economists by the Centre for Macroeconomics, two-thirds agreed that austerity had harmed the UK economy.

Moreover, Britain is not alone. In its October 2012 World Economic Outlook, the IMF admitted that, “fiscal multipliers were underestimated across the world.” In plain English: the forecasters underestimated the extent of spare capacity and hence the scope for fiscal expansion to raise output.

Was it an honest mistake? Or was it because the forecasters were in thrall to economic models that implied that economies were at full employment, in which case the only result of fiscal expansion would be inflation? They now know better, and Ferguson should now know better as well.

A depressing aspect of Ferguson’s unscrupulousness is his failure to acknowledge the impact of the Great Recession on government performance and business expectations. Thus, he compares 2.6% growth in 2014 with the 4.3% contraction in 2009, which he describes as “the last full year of Labour government” – as though Labour policy produced the collapse in growth. Similarly, “At no point after May 2010 did [confidence] sink back to where it had been throughout the last two years of Gordon Brown’s catastrophic premiership” – as though the Brown government’s performance caused business confidence to collapse.

The claim that “Keynes is to blame” for Labour’s election defeat is peculiarly odd. After all, the one thing Labour’s leadership tried hardest to do in the campaign was to distance the party from any “taint” of Keynesianism. Perhaps Ferguson meant that it was Labour’s past association with Keynes that had damned them – “their disastrous stewardship before and during the financial crisis,” as he puts it.

In fact, Labour’s most recent governments were determinedly non-Keynesian; monetary policy was geared to hitting a 2% inflation target, and fiscal policy aimed at balancing the budget over the business cycle: standard macro-economic fare before the recession struck. The most damning charge against their stewardship is that they embraced the idea that financial markets are optimally self-regulating – a view that Keynes rejected.

Keynes was not to blame for Labour’s defeat; in large part, Scotland was. The Scottish National Party’s crushing victory left Labour with only one seat in the country. There are no doubt many reasons for the SNP’s overwhelming triumph, but support for austerity is not one of them. (The Conservatives did as badly as Labour.)

Nicola Sturgeon, First Minister of Scotland and leader of the SNP, attacked the “cozy consensus” around fiscal consolidation in Westminster. The deficit, she rightly said, was “a symptom of economic difficulties, not just the cause of them.” The SNP manifesto promised “at least an additional £140 billion ($220 billion) across the UK to invest in skills and infrastructure.”

So if the SNP did so well with a “Keynesian” program of fiscal expansion, is it not arguable that Labour would have done better had it mounted a more vigorous defense of its own record in office and a more aggressive attack on Osborne’s austerity policy? This is what leaders of the Labour party like Alistair Darling, Gordon Brown’s Chancellor of the Exchequer, are now saying. But they seem to have had no influence on the two architects of Labour’s election strategy, Ed Miliband and Ed Balls, both now removed from front-line politics.

What the Conservatives did succeed in doing, and doing brilliantly, was to persuade English people that they were only “cleaning up Labour’s mess,” and that, but for austerity, Britain would have “gone the way of Greece” – exactly Ferguson’s view.

One might conclude that all of this is history: the voters have spoken. But it would be a mistake to accept the Conservative narrative as the last word. It is basically a tissue of propaganda, with little support in theory and destructive effects in practice.

This might not matter so much had there been a change of government. But Osborne is back as Chancellor, promising even tougher cuts over the next five years. And fiscal austerity is still the reigning doctrine in the eurozone, thanks to Germany. So the damage is set to continue. In the absence of a compelling counter-narrative, we may be fated to find out just how much pain the victims can withstand.