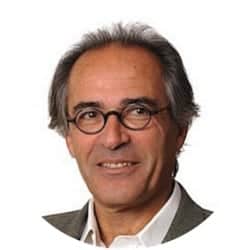 The tragedy of deaths at sea by refugees from the Middle East wars needs to be addressed resolutely. Europe cannot confront the problem with hesitant policies. Nor is it solely a European problem. The United States is necessarily involved, given its past and current presence in Middle East affairs. Half measures will not do the job.

The international community must collectively take military, diplomatic and economic measures, not only in response to the immediate and present danger to the refugees themselves but also to help European host countries deal with the pressures on their own populations that result from receiving the influx of tens of thousands of refugees. These are socially uprooted, economically impoverished and in many cases traumatized and psychologically damaged.

The problem has to be addressed at different levels and in different ways, but in a coordinated manner and without delay.

First, at source, in the countries at war from which desperate people are fleeing in droves, and in their neighbouring countries, where refugee camps are overburdened, particularly in Syria and its neighbors Turkey, Lebanon, Jordan and Iraq. We must seek to stabilize the situation, stop it from getting worse, improve it step by step.

Second, emergency rescue in transit, as refugees take to the sea in overloaded unseaworthy ships at risk from transport criminals who do not hesitate to let a vessel full of people sink in order to avoid being caught.

Third, in host European countries, particularly Italy and Spain, whose refugee infrastructure and budgets are overwhelmed by the scale of the current and future influx of refugees. In these countries, refugees often disappear into conditions of inhumane exploitation by criminal gangs or are placed in temporary shelters that become virtual dead-end human warehouses with no future.

The refugees, the families, the survivors, they need somehow to be given a viable existence with a view towards eventually returning to their countries as contributing citizens. The children need to be educated, the families need medical attention, the adults need work to contribute to the economy of their host countries; and our social and cultural values need be impressed on those that will have no alternative but to remain for an extended period in their host country. All European countries need to share the task of receiving these refugees – not only providing for them in a civilized way, but also requiring of them respect and accordance with our values and customs and alignment with what we require of our own citizens.

Nobody in their right mind denies the extent of the tragedy or the difficulty and costs of dealing with it effectively. Nobody in their right mind considers it is a problem whose solution pertains only to Italy, Spain, and the other European Mediterranean nations where refugees land or seek to move to. Nobody in their right mind can fail to realize that the mass exodus cannot be contained: when the choice is between certain death and certain misery and a glimmer of hope for salvation, however small, people take whatever risks they must take. We will not be able to stop the influx of war refugees through our permeable sea borders, just as the United States cannot stop the influx by land of economic refugees from Latin America, despite its electrified border, round-the-clock patrols and high-tech surveillance.

The crux of the issue is how to pay for the requisite policies and measures. This is clearly a task for governments and the international community. Either the money is raised by increased taxation on households or on business transactions or on wealth transactions. There are no other alternatives.

Increasing taxation on households seems a political dead end. In nearly all European countries the middle and working classes are taxed to the limit. Further taxation, and particularly any tax targeted specifically to deal with refugees, would not only be unfair but would be electorally suicidal for our democracies. It would be exploited by anti-immigration right wing parties and used to fan the flames of xenophobia, racism and hatred of foreigners. It would be deadly for European integration and sense of community.

Increasing taxation on business transactions seems inadvisable given the state of our «new normal» low growth economies. The recovery from the Great Recession of what is now nearly a decade of economic stagnation in developed economies is simply too tentative and too fragile.

Thus, a tax neither on middle and working class citizens nor on commerce but rather on the investment transactions of institutional asset owners, asset managers, and rich individuals is both fairer, economically advisable and politically much more manageable.

The refugee problem is not confined to Europe only, and though it is now primarily caused by war in the Middle East, we already know that in decades to come climate change will lead to mass migrations, as a result of long-lasting and severe droughts, changes in rainfall and temperature patterns causing agriculture to shift from one land to another, and the economic effects of the increasing frequency and severity of weather events. People will go to where the food can be grown, to where the water will flow, to where the jobs will be found. Longer term, rising sea levels will come into play too.

Thus, the instrumentality and mechanisms put in place internationally for a Tobin Tax to deal with the war refugee problem in the here and now will be needed in the future to deal with climate change refugees and adaptation to climate change. There is no point in arguing for the one need over the other, for which problem should have priority. Clearly, Middle East war refugees are a current tragedy, to be dealt with now. Equally clearly, climate change refugees will become a critical international problem in decades to come.

Both types of issues are international in nature and affect the international community. Both issues, climate change and refugees, if dealt with minimally, will entail much bigger long-term costs than if dealt with while still manageable. Indefinitely postponed, we risk catastrophic costs in not many more decades. Only public funding and collective action can face up to these problems. Let us not forget that the private sector gains from public action on these matters, just as it gains when the public sector deals with health epidemics. Everybody emerges better off.

In short, the financial requirements for both the refugee and climate issues can be logically dealt with through the same instrumentality of a Tobin Tax applied equally in all the major financial markets. Application of the tax to all stock and bond transactions in the major financial markets has the advantage of economic fairness, as it would avoid creating a competitive advantage for any major financial market that would be otherwise excluded from the tax. It would undermine any attempt to artificially trade stocks and bonds in tax-exempt locations, which could also be blocked by appropriate restrictions.

The justice, fairness, and efficacy of such a tax can be actualized only if its execution is done honestly, transparently, and beyond reproach. Funds collected must go only to specific programmatic purposes defined and budgeted by the designated international bodies. Strict control, auditing, policing and exemplary penalties must be built into the system to avoid inefficiency, waste, corruption, graft and profligacy at all levels of collection and all levels of application of its proceeds.

Asset managers, asset owners, institutional investors, banks and insurers should be urged to put aside their parochial interests on this issue. A Tobin Tax of 0.1% really makes no difference to trading activity or total investment returns.

We must urge the international community and our political leaders to put in place a Tobin Tax specifically earmarked to the plight of refugees who are fleeing for their lives from war and, eventually, from climate change.