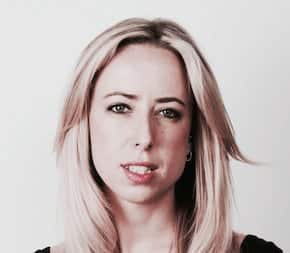 How has this “anti-Islamisation” movement managed to mobilise huge crowds in less than three months? Catrin Nye reports her experience of attending one the the marches in January.

The noisiest bit of the Pegida march is the brief moment, at a Dresden tram intersection, at which demonstrators meet their opposition, something the German police have blocked along most of the route. Here, an argument is raging between Dresden’s young and old. I’m in the city to make a documentary for BBC Radio 4, but members of the counter-protest tell me they’re embarrassed that foreign media are here, that it’s “shameful that Nazis” are back on the streets of Germany.

Pegida was formed last October by Lutz Bachmann, the 41-year-old former cook, who has just stepped down as leader after a picture of him posing as Adolf Hitler went viral. First, a Facebook page was set up, then Bachmann and his supporters started marching in Dresden with just a few hundred people. Within three months, 25,000 people were flocking to the Pegida banner.

Bachmann insists the movement is not against Islam itself but the “Islamisation of Germany and radical Islam—I have many Muslim friends,” he tells me when I interview him prior to his resignation. “A lot of people have fears about Islamisation”, says Bachmann, “But here in Saxony (the state) or especially in Dresden, we don’t have these problems yet. But… we see what happens in France, in Belgium, in the Netherlands, and we don’t want to wait until this happens here.”

Over the last decade, many European countries have seen a rise in anti-Muslim populism, but Germany seemed somewhat inoculated – a combination perhaps of history and economics. But that’s not the case any more. The Charlie Hebdo attacks in Paris have clearly galvanised the movement; the march after the killings was the biggest yet with banners reading “Yesterday Paris, tomorrow Berlin.”

But, it’s more than just a reaction to the tragic events in France that is fuelling the growth of Pegida. At the march I attended, I heard people complaining about, in quick succession – immigration, the euro, the Greek bailout, terrorism, the biased media and Syrians. And of course the “Islamisation” of Germany; though it’s often not the first issue mentioned by Pegida supporters.

Pegida supporters argue that labelling them racists or xenophobes (or Nazis) is just an easy way of shutting down any political debate to the right of centre; that Germany’s dark history means right-wing expression is gagged. What everyone I speak to marching for Pegida agrees on is that the political elite are out of touch. Even a counter demonstrator admits that German Chancellor Angela Merkel constantly saying that there is “no alternative” [to freedom of movement within the EU] frustrates people.

Demonstrators have been nicked-named the “Pinstriped Nazis” by their opponents because of the middle class, middle aged in their ranks. It’s not the full picture; there are certainly people here who wouldn’t be out of place at an English Defence League rally. Pegida describe their protests as “evening strolls” through Dresden as part of their strategy to make mass protest feel more civil.

Ronnie Bensch perfectly fits the description of “pinstriped”. This is his second march, and he looks slightly uncomfortable as he walks along quietly with his briefcase in hand. “The government spends a lot of money on asylum seekers, and this money is gone then. And it’s not there for us, for ordinary people,” he says. I asked Ronnie if he doesn’t feel sympathy for asylum seekers? “Yes, but I think 80 per cent of refugees come for economic reasons, so they’re not actually war refugees, that’s my opinion on it.”

The history of Dresden, the east German city where Pegida was born, may also be a factor in its rapid rise. Peter Sculenkorf, 42, who plays music at each demo to the counter-crowd, argues that some older marchers are resentful Russian speakers who are “naturally xenophobic”, as he describes them, because of their sheltered life in the former east Germany. “This city, during the GDR time was cut off from information, we called it the valley of the people who don’t know anything (“the Valley of the Clueless”) because there was no possibility for them to receive West German broadcasting.”

The frustrations of those who flock to Pegida’s banner might be wide-ranging, but that’s not how it feels to those on the other side. The march rolls on, passing very close to one of Dresden’s mosques. Monday’s evening prayers have been cancelled because of Pegida. The city has a tiny Muslim population, but one that is feeling increasingly under-siege. Sara Tayal, 27, is originally from Egypt and studies Molecular Biology in Dresden.

“I now avoid going to the city centre on Mondays. The hardest part is that if I want to participate in the demos that are anti-Pegida I have to make sure I am in a big group and that we have some males just to be sure that I am safe. Especially because I have my hijab.”

Sara’s friend Youmna Fouad, 25, nods along. The hijab is a rare sight in Dresden. Youmna says it means people have always looked at her like she was “an alien” but that wasn’t really a problem. But now she says they look at her like she is a threat.

I wonder, since the former leader Lutz Bachmann says he has no problem with Muslims, if he feels any guilt that mosques are closing on Mondays and people like Sara are scared to go out. “Show me one that is scared” he challenges but declines my offer to see a photo of Sara and her friends. “They don’t have to be scared” he says.

In the end he asks us to stop the interview. (Bachmann thought my line of questioning was unfair. Pegida don’t appreciate the media generally – they use the phrase “Lügenpresse”, the “lying press”).

The sheer number of Pegida marchers on the streets means some politicians at least think there could be more to them than racists with “hatred in their hearts” as Angela Merkel has described them. They’ve already met with one right-wing political party, the AfD (Alternative for Germany), and there had been talk of a meeting with the ruling Christian Democrat party.

But that photo of their founder dressed as Hitler means the movement will be scrambling for a less problematic figurehead. It was “a joke” according to Bachmann’s press team, but one that may see them filed as Nazis for good.

This column was first published by Prospect Magazine. Read also other contributions to the series on our “Understanding PEGIDA in context” focus page.

Catrin Nye is a correspondent and documentary maker for the BBC. For the last five years she has specialised in issues affecting minority communities in the UK investigating asylum, immigration detention, radical movements and life in British Muslim communities among other issues. Her most recent documentaries involved travelling on aid convoys to Syria, looking at the emergence of the Caliphate and the rise of the far right in Germany.