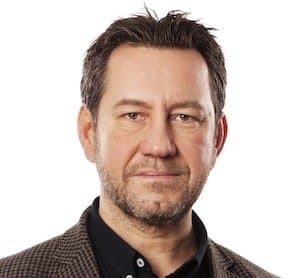 Angela Merkel proclaimed at an early stage that the Greeks could not retire earlier and have longer holidays than the Germans. Der Spiegel’s interpretation was: “We aren’t going to give our hard-earned German money to lazy southern Europeans.” Sweden’s Minister of Finance, Anders Borg, echoed this whilst on the way to an EU meeting: “Obviously, Swedes and other taxpayers should not have to pay for Greeks that choose to retire in their forties. That is unacceptable.”

The general public’s attitude needed to be hardened before being subjected to the consequences of austerity. Nobody feels sorry for the lazy. We have now come full circle and politicians defend themselves by claiming that it’s their own voters who are demanding that they be tough on the Greeks.

Most of us know today that Greeks retire slightly later than the Germans and have the same number of holidays as the Germans and fewer than Swedes, but the tale of the lazy Greeks still comes in new editions. Daniel Gros, head of the think tank CEPS, whose main financier is the European Commission, wrote in February under the heading “The Greek austerity myth”:

Over the last two years, the Eurozone’s other peripheral countries have proven their capacity for adjustment, by reducing their fiscal deficits, expanding exports, and moving to balance of payments surpluses, thereby negating the need for financing. Indeed, Greece is the only one that has consistently dragged its feet on reforms and sustained an abysmal export performance.

The comparison that Gros makes is a little more complicated than merely checking effective retirement ages or annual holiday leave in an OECD table, but it is still relatively easy to do. The argument is that Greece is the worst in the class in:

So let’s take a look at the facts by examining the so-called PIIGS countries, i.e. Portugal, Italy, Ireland, Greece and Spain.(At the beginning of the quote, Gros refers to the last two years, but then claims that they “consistently dragged their feet”, so the time period in this comparison will be since the crisis began.) All charts can be found at the end.

The reduction of public deficits is best measured by the cyclically adjusted primary balance (so business cycle and payment on government debt doesn´t influence the comparison). Greece has reduced its budget by 19 percentage points of GDP, Ireland 12, Italy 4 and Portugal 3.5. Spain has increased its by 2.5 percentage points (Figure 1). Thus, both Italy’s and Portugal’s reduction is relatively modest in relation to that of Greece, and Spain has not even begun to reduce its. There is obviously no Greek austerity myth.

Greece’s exports, as a share of GDP, are the lowest of the countries compared, but Greece has significantly increased its export share since the crisis and is now at parity with Italy (Figure 2). Unfortunately, this is due to a fall in GDP and not an increase in exports (Figure 5) – the same reason for Ireland’s dramatic increase in export share.

But, if we look at the export of goods in US dollars, Greece has, compared to the 2008 pre-crisis peak, the highest increase with 15%, followed by Spain (12%), Portugal (9%) while Ireland and Italy have seen their exports fall in absolute terms.

Greece’s traditional low exports share, as well as its specific export structure, can probably be explained by institutional factors and path dependency. Shipping, agriculture and tourism have long been substantial components of Greece’s exports and manufacturing industry has contributed relatively little. There is definitely a need for Greece to look into this, but there is no “quick fix” that can transform the situation over a few years; rather it must be seen as a development project over decades.

To expect that Greece, in the aftermath of the financial crisis, would be capable of ending its structural export gap appears to be downright illogical. Why would Greece develop a large manufacturing industry in the midst of a depression?

Given Greece’s economic structure, there is no “abysmal” export performance. On the contrary, with respect to its exports of goods, Greece has performed better than any of the countries under comparison. Exports of services (shipping and tourism) have been hit hard by the weak economic situation in Europe. If anything, Greece could blame this on the Commission rather than vice versa.

Improving The Balance Of Payments

Regarding the balance of payments, all countries’ current accounts are relatively well clustered around zero today, except for Ireland, which has a current account surplus of 5 percent (Figure 6). Gros’s claim, however, concerns “moving to”, i.e. change. Ireland has improved its current account by approximately 10 percentage points from -5 to +5. Greece, on the other hand, has improved its by approximately 15 percentage points, from -15 to +0.7. So, in terms of change, Greece has actually once again performed better than the others.

Reform is a very broad concept that is not easy to evaluate, but the OECD has presented a reform agenda in the project “Going for growth”. It is an open comparison between countries with regard to a number of factors that the OECD deems important for increased growth (Figure 7). Looking at our group of countries, once again it is Greece that has outperformed the others. In fact, looking at all the countries in the study, Greece implemented more reforms than any of the others, significantly more than the EU average.

The conclusion is that on no point is Gros’s interpretation of the statistics supported; quite the reverse, it is contradicted. Greece is still an economy with significant problems in terms of both institutions and economic structure, but the description that nothing has happened appears to be not only unfair, but also at times simply erroneous.

The central question in forthcoming negotiations is whether further austerity measures would help or hinder Greece from achieving long-term balance. Several economists have put forward convincing arguments that it would hinder, including those of Simon Wren-Lewis, Paul Krugman and Joseph Stiglitz, just to mention a few, and there is no need to repeat them here.

But an important question is also why “the tale of the lazy Greeks” has been allowed such free rein? Of course, the voters want a tough stance in the negotiations with Greece. Who wants to provide debt relief for someone that just drags his heels or retires at the age of 40? Using simple and erroneous explanations to single out scapegoats does not bode well for the future or for the EU. If this continues there’s probably not much hope for Greece – and perhaps not even the Euro. 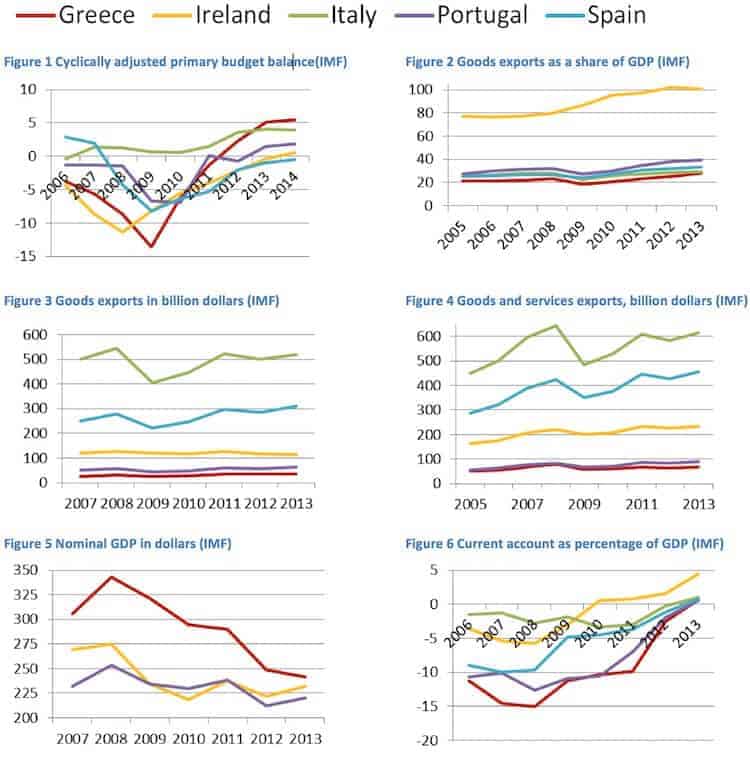