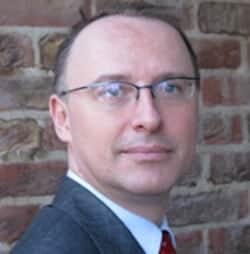 The European economy is still in crisis. Real incomes in the Euro area are below the level of 2008 and unemployment is in the double digits in the southern European countries. While the crisis has originated in the USA, it is Europe that has fared worse. The European economic policy regime and European institutions, far from shielding the European population from the storms unleashed by a financial system gone wild, have contributed to a deepening of the crisis.

The mix of constrained national fiscal policy on the one hand and liberalised finance and European monetary policy on the other hand has proven counterproductive. Worse, the austerity policies imposed by the Troika have trapped those countries that have suffered most in the crisis in a state of depression. These reforms and high unemployment undermine the legitimacy of the EU and ultimately its political stability. To gain the trust of its citizens, Europe will have to radically change its economic policy. I will outline three elements of the necessary changes.

Rejuvenate Fiscal Policy: Deficits In The Recession Countries And Taxes For The Rich

The crisis has demonstrated that fiscal policy can be an effective tool to stabilise collapsing output and to create jobs. Government multipliers are higher in recessions than in periods of solid growth (see here and here). To make use of this, countries in recession have to be able to run budget deficits in the first place. But that is not what the EU has done. Rather it has tried to circumscribe the room of national governments, while the European budget is too small to make a difference. National governments are to have constitutional debt brakes, but a European stimulus package worthy of that name has never materialised.

Markets have proven to be unreliable means of guiding production decisions. Investment is needed in areas such as green technologies, housing, child care and education. In a recession much of that should be deficit-financed to stimulate demand, but there are also areas where taxation should be increased to guarantee a fair system. Multinational corporations presently avoid taxation by transferring profits to tax havens, many of them within the EU, like Luxembourg and Ireland. The super-rich park their wealth offshore to avoid paying their legal share. Like the financial transactions tax, these are all areas where a European initiative would be welcome.

Senator Kennedy used to campaign for higher wages in the US. And also the European economy would benefit from higher wages. (photo: CC SEIU on Flickr)

The Euro crisis does have its root in part in the separation of fiscal policy, which takes place at the national levels, and the monetary policy, which is now conducted at the European level. Central banks are lenders of last resort – both for the private (banking) sector and for the public sector. The ECB, however, is trying to only serve the banking sector. It should also step in to support public debt of the member states. As Europe is dealing with a debt overhang in many countries. The low inflation target of the ECB is counterproductive. If inflation rates stay low, the real debt burden (both for households and for governments) will be more difficult to deal with.

European integration has in the past aimed at creating a competitive economy. But the wealth created has not trickled down. Globalisation, financialisation and welfare state retrenchment have put a downward pressure on wages. Indeed wage growth has stalled in many countries already before the crisis, and real wages have been falling since. Europe has contributed to this by creating a setting that invites countries to compete by means of wage restraint, thus encouraging a race to the bottom for wages in a futile quest for competitiveness. If all countries pursue this strategy of wage restraint, who is going to buy what has been so competitively produced? Consumption propensities out of wages are higher than those out of profits; wages are the main source of consumption demand and the European economy overall is wage-led.

Wage restraint can create export-led growth in some countries for some time, but not in all countries all the time. The neoliberal growth model relies either on increasing debt to fuel consumption. Or it creates a model that relies on export surpluses, which results in international imbalances. The conditions of the Troika in those countries hit worst by the crisis have furthered these developments. The Troika has asked for what is euphemistically called ‘internal devaluation’, which means reduction in minimum wages, weakening of labour law and an undermining of collective bargaining. A system of national minimum wages, say at two thirds of the national median wage, could create a useful wage floor and collective bargaining should be strengthened rather than weakened.

European has to get serious about a European social model or it will disintegrate.

Engelbert Stockhammer is Professor of Economics at Kingston University in London.