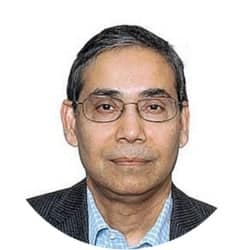 The notion of the credibility of policy-makers and how that creates incentives for the private sector to consume, save, invest and innovate is at the core of much of modern macroeconomics. Expectations-driven actions by the private sector are seen as the ultimate drivers of sustained economic growth that delivers jobs for all.

If these policy norms are met consistently – and the government is willing to take prompt corrective action if they are breached – it instils confidence in the private sector about future prospects and hence motivates them to consume, save, invest and innovate. Not surprisingly, supporters of the policy credibility thesis offer eulogies to the remarkable power and potency of ‘market confidence’.

Critics, such as Paul Krugman, dismiss the notion of ‘market confidence’ as a case of waiting for the ever elusive ‘confidence fairy’. They have a point. The policy credibility approach and its glorification as ‘market confidence’ have many pitfalls. The empirical record of this world-view is not robust. The Great Recession and its aftermath have exposed the inadequacies of the notion that the primary role of governments is to instil ‘market confidence’. Given its undue emphasis on price, financial and fiscal stability, the policy credibility thesis makes macroeconomic policy utterly disconnected from a state-led agenda of ‘structural transformation’ whereby appropriate government policies are required to encourage resources to move from low productivity to high productivity activities both within and between sectors. Structural transformation is, after all, the bedrock of long run economic prosperity, but it does not happen automatically.

The Great Recession of 2008-2009 dealt a blow to the credibility of the policy credibility approach. The dominant macroeconomic framework with its emphasis on controlling inflation, debts and deficits seemed ill suited to cope with the global demand shocks that were unleashed in 2008-2009. This led to a ‘rethinking macroeconomics’ movement, although such a movement seeks to make incremental changes while retaining orthodoxy.

The Great Recession has also changed the nature of policy challenges facing both developed and developing countries. Instead of a world in which taming high inflation is the key challenge, one now faces a world in which ultra-low inflation is a reality juxtaposed with the ever-present risk of growth-destroying deflation. This is particularly true of advanced countries, but it is also true of some large and populous economies, such as India. Perhaps that is why some leading economists, such as Jeffrey Frankel, have pronounced the ‘death of inflation targeting’.

There is a burgeoning literature that has sought to question the prudential thresholds that are used to implement the policy credibility approach. It appears that these thresholds – whether pertaining to inflation, debts or deficits – are not anchored in either theory or evidence. Hence, designing policy interventions based on such thresholds might lead to misguided actions as the current experience with the Eurozone – suffering from a prolonged period of sub-par growth and high unemployment – shows.

It also needs to be emphasized that the policy credibility approach, in which concerns about macroeconomic stability is paramount, assumes an economy populated by forward-looking agents who can engage in costless adjustments of inter-temporal spending decisions and smoothly balance work-leisure preferences. This is only true if there are no significant cohorts of liquidity-constrained (or hand-to-mouth) households and individuals. The empirical robustness of such an assumption is questionable, even for rich countries. Indeed, it can be shown in more formal macro-models that, in the presence of significant cohorts of liquidity-constrained households and individuals, changes in current income, rather than expectations about future prospects, have a direct bearing on spending decisions by the private sector. In such a setting, government interventions through monetary and fiscal instruments work primarily by alleviating liquidity constraints rather than through the expectations channel.

The policy credibility approach is largely silent on how macroeconomic frameworks connect to the agenda of structural transformation. After all, it is largely re-allocation of resources from low productivity and high productivity activities both within and between sectors that sustains economic prosperity and provides broad-based opportunities for good jobs. One can readily think of multiple policy instruments that typically fall within the domain of central banks, financial authorities and finance ministries that can be used to facilitate structural transformation. These include: exchange rate policy, taxes and subsidies, credit allocation, financial inclusion, public investment in infrastructure and public procurement policies. One needs to explore the appropriate circumstances in which these instruments can be used to pursue the goal of structural transformation. Yet, conventional macroeconomic frameworks with their preoccupation with price stability, fiscal and financial sustainability are largely silent on these core and contemporary policy concerns.

Of course, one should avoid going to the other extreme and argue that concerns about macroeconomic stability are irrelevant. Clearly, hyperinflation and out-of-control budget deficits can and do destroy growth. On the other hand, simply aiming for low, single digit inflation and predetermined thresholds on debts and deficits will not automatically engineer sustained and sustainable growth. What one needs is a transition to a ‘dual mandate’ in which governments act as guardians of stability as well as active agents of structural transformation.