While the European Parliament elections near, politics in Poland is at such a crux that the later parliamentary polls there will have wide reverberations. 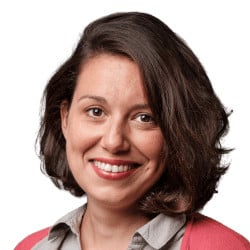 This month, the Italian interior minister, Matteo Salvini of the Lega, travelled in search of possible partners for a ‘European spring’ alliance —‘a new plan for Europe’—comprising similar right-wing, populist, Eurosceptic movements. On his way, he had to stop by in Poland, governed since 2016 by the nationalist-conservative Law and Justice (PiS) party, which seems a natural partner for this enterprise.

Salvini’s initiative is apparently aimed at the European elections in May 2019. In the Polish context, however, the autumn will be much more critical. In October parliamentary elections will either petrify the ruling party’s power or weaken the right-wing tide in Europe.

Last year’s local elections left only two dominant actors on the political scene: the PiS, which, according to the polls, has been consistently enjoying support of 30-40 per cent, and the united opposition—a liberal bloc of Civic Platform (PO), the party of Donald Tusk, and its once-biggest rival, Nowoczesna (Modern), a party attracting less conservative voters disappointed with the PO. The left alternative is now nearly non-existent: the post-communist Left Democratic Alliance (SLD) came in below 7 per cent last autumn, while the new grassroots left RAZEM won only 1.5 per cent. Independent candidates from local initiatives turned out to be the dark horses, winning especially outside the metropoles. If one took these results as a proxy for 2019, one could arrive at the tempting assumption that there is a political vacuum to be filled soon.

Battle for the centre

Most analyst are of the opinion that the parliamentary elections will be a battle for the centre. This is particularly evident in the strategy of the PiS government, which after two turbulent years exchanged the revolutionary cabinet of Beata Szydło with a more moderate team around Mateusz Morawiecki, a technocrat acquainted with the western and domestic establishment. It’s already become routine in approaching elections for the PiS to hide away its most radical and controversial figures to attract more centrist voters, who do not necessarily believe the 2010 Smolensk air crash to have been a plot by the Russian president, Vladimir Putin, or don’t feel the need to enthrone Jesus as the king of Poland.

As experts suggest, this ultimate clash between the PiS and the liberal bloc under the leadership of the PO can result in two alternative scenarios. Either it will petrify the duopoly on the Polish political stage—polarising the positions into anti-PiS and anti-PO camps—or it will allow more air in, if new players win the trust of voters weary with this black-or-white status quo. But who could win these hearts and minds?

New actors are emerging on the Polish political scene. First, there is Robert Biedroń,former mayor of Słupsk, renowned LGBT activist and former MP. Biedroń, labelled a ‘Polish Macron’, is building new structures in the country, based on direct encounters with citizens and positive messages, openly addressing the problem of polarisation of the political arena. He offers an agenda which merges social and liberal arguments, most resembling western Greens. His so far non-existent party scores third in polls today.

Yet, as in other EU countries, Poland also experiences the rise of right-wing populism and a nationalist temper. The Kukiz’15 movement, a bizarre combination of anti-establishment and anti-vaxing seasoned with nationalist slogans, arrived in 2015 at the Polish Sejm as the third political power. Ever since—even if this fragile coalition is nowadays bursting at the seams—the potential of populist voting and the capability of populist movements to mobilise non-voters cannot be ignored.

What’s more, the nationalist faction of the coalition quickly emancipated itself, also sometimes teaming up with the governing PiS, as in the case of the centennial Independence March in November 2018 in Warsaw, when the president’s celebrations practically merged with the biggest far-right demonstration in Europe. Also, the recent nomination of a nationalist activist and MP, Adam Andruszkiewicz, as secretary of state at the Ministry of Digitalisation is a clear sign of the PiS flirting with the nationalist right. Perhaps it is learning from the Hungarian experience: it wants to disable the nationalist movement before it becomes a serious political opponent, as Jobbik became to Fidesz. For sure, the nationalist circles will call in the big guns in May as well as in October 2019.

Last, but not least, there is the left—weakened and fragmented, yet hopeful. These are difficult times for progressive actors all over Europe and Poland is no exception. Nevertheless, after its bitter defeat in the local elections, both the older and younger generations of the Polish left came to their senses, buried the hatchet and opened informal coalition negotiations. Should these succeed, the European elections will be the first test for this marriage of convenience. Yet this initiative is overshadowed by Biedroń and his campaign. The risk is that the fragmentation on the left will once again leave it outside the parliament.

This gradual development of the Polish political arena has recently been disrupted by the lethal attack on Paweł Adamowicz, a liberal mayor of Gdańsk for 20 years. There is evidence the murder was politically motivated. Many commentators attribute the emergence of a generally hostile atmosphere in the country, leading to this act of political terror, to the communication strategy of the PiS and its tolerance of hate speech in public. Members of the governing party never miss the chance critically to attack key figures of the opposition. Government-controlled public television has been championing this art since 2016—also intensively targeting Adamowicz, a vocal advocate of independent local governments. This tragedy may have an impact on the PiS and weaken its popularity with the less dogmatically conservative electorate, not accepting violence and fearing radicalisation.

In 2019 the stakes are high in Poland. For the PiS it is a matter of maintaining its monopoly and keeping the more radical right under control. For the liberals, it is about revenge and regaining power, lost after eight years in 2015. The new, emerging actors have nothing to lose—they can only win by mobilising voters tired of the PO-PiS duopoly. The biggest challenge, however, is that facing the left: the European and especially the parliamentary elections will be a fight for its survival on the Polish political scene.