A series of changes in Austria’s labour-market regime by its right-wing government have tilted the balance of power. 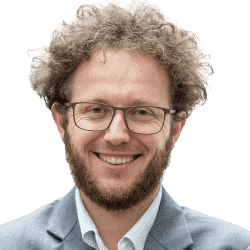 During its European Union presidency in the second half of 2018, the right-wing Austrian government—a coalition between the conservative People’s Party and the far-right Freedom Party—tried to present a harmonious picture. Inside Austria, however, there is growing unrest within civil society. One of the main reasons is a series of labour-market ‘reforms’, which are in line with earlier radical changes in the United Kingdom or the ‘Hartz’ process in Germany.

Are these reforms substantive or symbolic? The answer is both: we have observed simultaneously radical transformations and purely symbolic debates (for example, about headscarves in kindergarden)—indeed, the latter turn the public focus away from the changes in power relations the former comprise. This seems to be a wilful government strategy to distract attention from the negative consequences of cuts in the welfare state, which could affect every citizen. 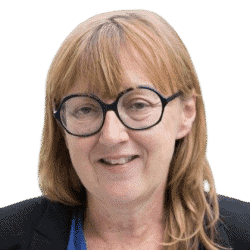 The government submitted an initiative on working hours to the Austrian parliament in June 2018. Despite massive public protests, the Working Time Act was passed. The government had avoided typical legal assessments and excluded the expertise of civil society and the social partners from the legislative process.

The most radical change is the possibility that an employer assign a 12-hour working day and a 60-hour working week without the consent of trade unions or works councils. Even though the affected employee has the right to reject extended hours of work, it seems to be unrealistic in practice. An active rejection of extra hours always takes place in the context of a power asymmetry at work, to the detriment of employees. Therefore, the new law has mainly weakened employees’ co-determination of their working hours.

The budget for active-labour-market policy has meanwhile been a core issue of political debate. It has been reduced from €1.545 billion in 2017 to €1.25 billion this year. Although the government justifies these cuts by reference to falling unemployment, in real terms it means a reduction for each unemployed person, from €3,750 to €3,350.

The cuts may herald a loss of power for employees in two ways. First, disadvantaged unemployed people will receive less support from the public employment service, which will decrease their job opportunities. Secondly, the question arises of what will happen with the released resource: if parts of this are going to be used to fund tax cuts to benefit firms, then this can be interpreted as a budgetary power shift at the expense of working people.

Austria has a well-developed corporatist tradition of industrial relations. Social partners have historically played a major part in the political process. There is a broad consensus that the institutionalised balancing of the interests of capital and labour contributed to the country’s economic success. The government is now leaving this path and issuing an ultimatum to legal professional associations that they make proposals for cost savings. If these self-restrictions do not go far enough, the government will introduce appropriate laws in the parliament.

Further, the government has failed to involve the social partners—more precisely, the employee representatives—on a range of legislative proposals which affect their core interests. This disequilibrium has become especially apparent in the new Working Time Act. The planned changes in the general collective agreement (to solve the discrimination problem with respect to Good Friday as a religious holiday applicable only to Protestants) have also not been co-ordinated with the legal employee representatives.

The well-known political scientist Emmerich Tálos contends that the system of social partnership in Austria has therefore come to an end under the current right-wing government.

The government plans to abolish unemployment assistance, which is an insurance-based financial support drawn upon after the unemployed person has exhausted their entitlement to unemployment benefit. Its abolition would mean that long-term unemployed people would lose social-insurance coverage and thus become dependent on means-tested social assistance.

This would be a radical paradigm shift: it is a political departure from the principle of maintaining living standards in the case of unemployment. It would also eliminate the political aim of maximum social inclusion.

Similar to the Hartz reforms in Germany, the abolition of unemployment assistance will result in a higher poverty risk and a solidification of existing poverty. According to current projections, it will lead to an additional 100,000 poor people in Austria. Furthermore, the pressure on unemployed and employed people will increase as a result of this loss of social security—the general bargaining power of working people will consequently be weakened.

The public employment service in Austria has a tripartite structure, meaning that the interest groups of employers and employees as well as the government constitute the main executive committees. Despite positive evaluations by the OECD, the government aims to reorganise the public employment service and questions the influence of the social partners.

This planned reform is again reminiscent of Hartz in Germany, which meant more direct influence by the government and less power for the social partners. The self-government of the public employment service in Germany has therefore been weakened, which indeed seems to be also the aim of the right-wing government in Austria.

Dennis Tamesberger is a labour-market expert at the Upper Austrian Chamber of Labour. He blogs at Arbeit und Wirtschaft (A&W) and is co-editor of the Journal for Societal Progress—Momentum Quarterly. Christine Stelzer-Orthofer is a researcher at the Institute of Societal and Social Policy of the Johannes Kepler University Linz. The views expressed are those of the authors alone.