The European Semester process of macroeconomic country analysis by the European Commission has been driven by economic orthodoxy in support of austerity—when sustainability should be the watchword. 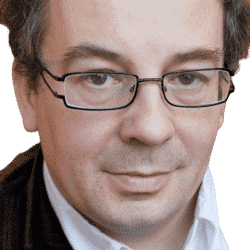 It was during the climax of the so-called euro sovereign debt crisis that the independent Annual Growth Survey (iAGS) was initiated, with the first report published in November 2012. Its aim, in collaboration with the Socialists and Democrats group at the European Parliament, has been to question and challenge the European Commission contribution to the European Semester, and to push it toward a more realistic macroeconomic policy—less focused on short-term reduction of public debt and more cognisant of the social consequences of the crisis and of the bias towards austerity.

For seven years the survey has argued against a brutal austerity, failing to deliver public debt control, and warned against the catastrophic risk of deflation. It has also highlighted the impact of the deadly combination of economic crisis, increased labor-market ‘flexibility’ and austerity on social inequality, especially in the lower part of the income distribution. We have had some influence on the policies of the European Union, although insufficient and too late to prevent the scars left by the crisis.

Today, there is a need to take this initiative a major step forward. The adoption of the UN sustainable development goals calls for a new approach to economic governance and growth. The measurement of economic performance needs to evolve into the measurement of wellbeing on all three counts of sustainable development: economic, social and environmental. A broad range of policies have to be mobilised coherently to this effect, transforming fiscal policy from a dominating and constraining to an enabling and supportive role. Moreover, those policies need to be anchored in a consistent and inclusive long-term strategy and should be monitored closely to check that they deliver sustainability.

So far, the EU has not properly embraced this agenda and the still-prevailing European Semester process is inadequate to lead the union towards achieving the SDGs. In the same way as the iAGS challenged the dominant macroeconomic orthodoxy, the now renamed independent Annual Sustainable Economy Survey (iASES) is our attempt to support a strategy towards sustainability and to show the way.

The iASES 2019 scrutinises the general outlook for the EU economy. The coming slowdown largely results from the gradual attenuation of the recovery momentum since the Great Recession and the convergence of growth rates towards a lower potential growth path. The slowdown coincides with a revival of political turmoil: ‘Brexit’, Italy’s public finances, the trade war and turbulence in some emerging countries. The upturn will come to an end at some point and the euro area is not yet prepared for that, as imbalances persist and the institutional framework remains incomplete. The euro area has moved into a large trade surplus, which may not be sustainable.

Nominal convergence remains an important issue, which should be addressed by political willingness to co-ordinate wage development more actively, beginning with surplus countries. Moreover, the incomplete adoption of a banking union may be insufficient to ensurestability in case of adverse shocks. The European Central Bank could have to come to the rescue with extended unconventional policies, complemented with automatic-stabilisation measures working across borders within the economic and monetary union.

The social situation in the EU has slightly improved since the worst of the crisis and, on average, unemployment rates across European countries are back at their pre-crisis levels. Divergences across countries and sections of the population are however still huge. Policy-makers need to be aware of possible trades-off and synergies between economic, social and environmental goals in general and the SDGs in particular. In line with the latter and the intended goals of the European Pillar of Social Rights, the iASES aims to promote policies—expanding social investments, activating industrial policies, reducing working time, increasing collective bargaining to limit market-income inequalities—which address these goals and overcome the negative consequences, direct and indirect, of unemployment.

Climate change is arguably the most serious challenge we collectively face. Computing carbon budgets can be useful to warn policy-makers about the effort required to put society on the road to environmental sustainability. The iASES evaluates the ‘climate debt’—the amount of money that will have to be invested or paid by countries for them not to exceed their carbon budget—which leads to three key policy insights.

First, there are few years left for major European countries before exhausting their carbon budget under the +2C target. Consequently, the carbon debt should be considered as one of the major issues of the decades to come, since in the baseline scenario about 50 per cent of EU gross domestic product will be implicated in staying below +2C. And framing the climate question in the language of debt is deliberate, as the concept of ‘excessive deficit’ applies totally to the procrastination much in evidence.

Xavier Timbeau’s expertise is in applied macroeconomics. He has been principal director of the French Observatory of Economic Conjunctures (OFCE) at Sciences Po since 2015. He was the rapporteur of the Stiglitz commission in 2007-08. In 2012, he launched the iAGS initiative.