This week Budapest welcomes hundreds of lesbians from everywhere in Europe, central Asia and the wider world for the third EuroCentralAsian Lesbian* Conference. EL*C is the biggest lesbian feminist and intersectional network of activists in Europe and central Asia.

EL*C has come a long way since its first manifestation in Vienna in 2017. In 2019, in Kyiv, under the ultra-right’s teargas, bomb threats and protests, EL*C stood its ground and pledged to forge more permanent connections and strengthen our community through the establishment of a network. This lesbian network now comprises more than 70 organisations and hundreds of individual members.

PES Women, the women’s organisation of the party of European Socialists, is one of many supporters. For International Women’s Day, together with the PES’ LGBTI network called Rainbow Rose, it launched the campaign ‘#ReclaimYourSpace—a feminist outcry for equality’. The aim is to strengthen women’s rights within the movement and draw attention to the many discriminations women, specifically LBT women, face every day.

The conference is taking place in a tense environment—a raging war in Ukraine caused by Russia invasion and three years of pandemic where minorities have been scapegoated, women have seen their rights to bodily autonomy diminish and democratic civil-society organisations have been assaulted. This has happened everywhere in Europe, central Asia and globally.

In Hungary the government has set itself up to be one of the champions of the backlash, with anti-LGBT legislation, censorship of a minority-focused fairytale produced by Labrisz Lesbian Association and attacks on reproductive rights, amid narratives of the ‘pure race’ and of ‘women being too educated’. This month the ban on the EuroPride Walk in Belgrade issued by the Serbian president, Aleksandar Vučić—a close ally of his Hungarian counterpart, Viktor Orbán—is just the latest in a long series of attacks against LGBTI individuals, members of minorities and women generally.

Lesbians active in many social-justice movements—but especially in the LGBTI struggles and in feminist movements—find themselves subject to ‘anti-gender’ attacks, at the intersection of misogynist oppression and the backlash against sexual minorities. In this bleak situation, organising a conference for lesbians and holding a Dyke March in the street of Budapest is one way to resist, to take a precious and unique moment to reflect on the current political environment, but also to plan and strategise among activists and allies.

PES Women and Rainbow Rose, chaired by Camila Garfias, are proud to collaborate with EL*C on a regular basis, may it be during EuroPride or now for the conference in Budapest. Feminists allying with one another and collectively standing up against oppressors, reclaiming equal space in society, is what makes our movement stronger.

The conference and the march will also be a reminder that the rights of lesbians to organise, to walk the streets, to express themselves and inhabit the public space are part and parcel of fundamental human rights: everyone should be able to enjoy those rights without fear of attack, regardless of gender identity or expression, or sexual orientation. Last week’s verbal and physical assaults on lesbian activists leaving the EuroPride Walk were a sad reminder that this is still not true in today’s Europe.

For all these reasons, we urge decision-makers and local government to ensure the safety of these democratic events. We invite those who can to support the conference and we will make sure to keep up international attention and pressure. But also beyond the conference, lesbian organisations need to receive more political and financial support for them to be able to reclaim their space.

As feminists have been saying for a long time, ‘courage calls to courage everywhere’—and lesbians have never lacked courage. It is important that their actions are supported by those who consider democracy, equality and freedom fundamental values for Europe and beyond.s 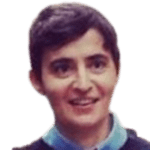 Silvia Casalino is a lesbian activist, university teacher and filmmaker. From 2001 to 2018, she worked as project manager for the French Space Agency in Paris. In 2017 she co-created the EuroCentralAsian Lesbian* Community, of which she is currently the international NGO executive co-director. 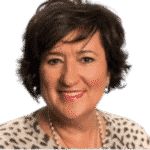 Zita Gurmai has been president of PES Women since 2004, during which time she has been successively a member of the European Parliament and of the Hungarian parliament. She is a member of the Parliamentary Assembly of the Council of Europe and is its general rapporteur on violence against women.