Europe must put children first in its response to the conflict in Ukraine.

On February 24th, Halyna (not her real name) awoke in Kyiv to find her mother weeping as she watched the news on the television. ‘I understood that the war had started,’ she said, ‘and my first words were “Will I live till I am 12 years old?”’

Soon, Halyna heard missiles overhead and explosions which shook the windows of her home. After hiding in a bomb shelter for six days, her family packed up and went to live in a shelter in Chernivtsi in western Ukraine, where she told Save the Children her story.

This is the lived reality for millions of children inside Ukraine and millions more who have fled the violence in the country. And it is against this backdrop that the European Forum on the rights of the child is taking place in Brussels. It is a key moment for the European Union to take stock of its efforts to protect child rights.

The EU can rightly be proud of many of its initiatives to protect children who have come from Ukraine. Its swift activation of the Temporary Protection Directive has meant that two million refugee children have found the safety and stability they desperately need. The union has mobilised more than €700 million for the humanitarian response inside Ukraine. But, welcome as these measures are, the enormous scale of the crisis has created huge challenges for governments.

When I travelled to Poland I saw first-hand the extent of the crisis and the efforts of national authorities and organisations to respond. Municipalities are doing incredible work to make sure children can gain access to education but they do not have the funding to hire additional teaching staff, even if they could find them.

I saw how few language teachers there were to support children from Ukraine to learn Polish and prepare them to enrol in school. And it is not only language support these children need: many, like Halyna, have terrible memories of the conflict; they will need mental health and psychosocial support to integrate into school. This is a challenge across the EU, with countries such as Spain hosting 140,000 refugees, half of them children. Enrolling so many children into national education systems will require a concerted effort and significant resources to expand school capacity.

The very fact that children from Ukraine are protected and governments are making every effort to provide services is a positive step for the EU. Too often children seeking safety in Europe from outside meet violence, discrimination and marginalisation. The Ukraine response can act as a ‘blueprint’ for how to treat all children arriving in Europe with dignity and respect, as the European Commission president, Ursula von der Leyen, highlighted recently in her State of the Union speech.

The conflict in Ukraine is also affecting children across Europe. It has led to rising inflation and contributed to an acute cost-of-living crisis. In the Netherlands, the cost of groceries has risen by 18.5 per cent in the last 11 months. In Spain, 17.1 per cent of children live in families unable to pay their utility bills, mortgage or rent on time, owing to financial difficulties. The most pronounced impacts are on children already living in poverty, with lower-income families facing horrific choices between eating and heating.

The EU must not lose sight of its commitments to address child poverty in the union or divert resources from this effort to the equally important support of refugee children from Ukraine. Part of the answer is to allocate additional funding. This could be borrowed—as with the post-pandemic recovery—or generated through national contributions. Efforts to tackle inflation must be matched with increases to child allowances and social benefits to help address the cost-of-living emergency.

At the root of the cost-of-living crisis is the dramatic reduction in the supply of fossil fuel from Russia, on which much of the EU economy has heavily relied. How Europe responds to this is all important. If EU countries do not rid themselves of their dependence on fossil fuels, they will betray this and future generations of children.

Finally, the economic shocks resulting from the conflict on European soil can be felt far beyond the continent. Over 205 million people across 45 countries face acute food insecurity and 60 million children are acutely malnourished. Driven by the conflict in Ukraine, food and fuel price rises in Somalia and the countries of the Sahel are tipping more children deeper into hunger and turning a crisis into a catastrophe. This while many European governments are cutting back aid budgets or diverting them to support refugees in their countries.

The EU must exert its diplomatic and financial weight in response. Equal priority must be given to negotiating solutions to ease disruption to food exports and providing additional, flexible funding to scale up lifesaving services and resilience programmes for children most affected by the global food crisis.

In Ukraine, in Europe and across the world, children are bearing the brunt of the direct and the ripple effects of the conflict. The EU has the means to address these, but it will require sustained political will and long-term commitments to make sure children are equally supported and protected. 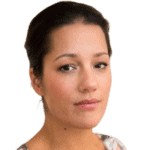 Inger Ashing is chief executive officer of Save the Children International, with which she has been associated for more than 25 years. She has held various national and international roles focused on children’s rights, most recently as director general of the Swedish Agency against Segregation. She a member of the Ethics Council of the Swedish Migration Agency.