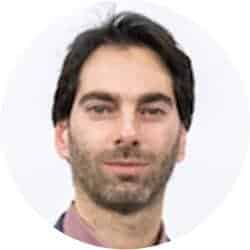 If approved, the results of the agreement in principle (German text here) on the renewal of the Grand Coalition in Germany could be an important milestone in stabilising the Eurozone. In essence, they give the green light to a good portion of French President Emmanuel Macron’s proposal to turn the European Stability Mechanism (ESM) into a proper European Monetary Fund (EMF) under parliamentary control and to introduce a specific EU budget line for economic stabilisation and social convergence. And yet, two important pieces are still missing: fiscal coordination and risk sharing, without which solving the puzzle of Eurozone stabilisation may turn out to be dangerously incomplete.

Stabilising the Eurozone through investments?

Of all the hypotheses on the table, the European Commission ultimately selected bolstering investment as its strategy for implementing a stabilisation function for the Eurozone. In his State of the Union Address, President Juncker delineated a clear roadmap for economic reform in Europe. The broad message was that economic recovery testifies to the success of flexible implementation of the Stability and Growth Pact. It also shows that his investment policy, as implemented through the Investment Plan for Europe, was correct. In order to consolidate this strategy, Juncker is aiming to establish a dedicated Euro Area budget line for structural reform assistance, a stabilisation function, a backstop for the Banking Union, and a convergence instrument for Member States who are on their way to joining the euro. The stabilisation function would help to keep national investment levels high in the event of a significant and abrupt economic downturn. It should be fiscally neutral over the medium term so as not to lead to permanent transfers between Member States and would be accessible to those who comply with the fiscal rules. With the exception of the backstop for the Banking Union, these points are being faithfully mirrored in the exploratory talks.

Help with pushing through this part of the reform plan can be expected from Macron, who subscribed to a similar, though clearly more audacious, approach in a series of interviews and speeches given over the past years, first as Economics Minister and then as President. The important difference between Macron on the one hand and Juncker and the prospective German coalition on the other is the role they ascribe to cross-border redistribution: a consistent one for the first, none for the latter. As reactions from the German side reveal, here lies the main fault line. The exploratory talks in Berlin now espouse President Juncker’s proposal to stimulate convergence through an investment facility with increased German funding. This could square the circle for the next round of discussions, but it is hardly conclusive for the Eurozone’s stabilisation.

Besides the stabilisation function, which would only be triggered on rainy days, boosting investment through a common budget could also contribute to stabilizing the Eurozone inasmuch as investments are distributed inversely to GDP, according to the EIB’s own figures. For want of further details, it seems reasonable to assume that future EU-stimulated investments will continue on the path traced by the Investment Plan for Europe. This clearly contributes to Eurozone economic growth in two ways: by boosting overall investment and by privileging the seemingly needier countries. The Plan seems to have been met with acceptance even from less solidarity-friendly Member States thanks to the fact that it aims to leverage private capital through a relatively small amount of public investment (€26bn from the EU budget up to 2020), thus causing no additional costs to anyone, so far.

Nevertheless, neither the Plan nor the future budgetary instruments that the Commission has put on the negotiating table seem to do much to address the roots of the Eurozone’s weaknesses, which lie in persistent macroeconomic imbalances (Graphs 1 and 2; source: EUROSTAT) that can only be remedied by effective macroeconomic coordination. This is exactly what no Member State seems ready to sign up to, even though the Commission has repeatedly stressed the point over the past two years. 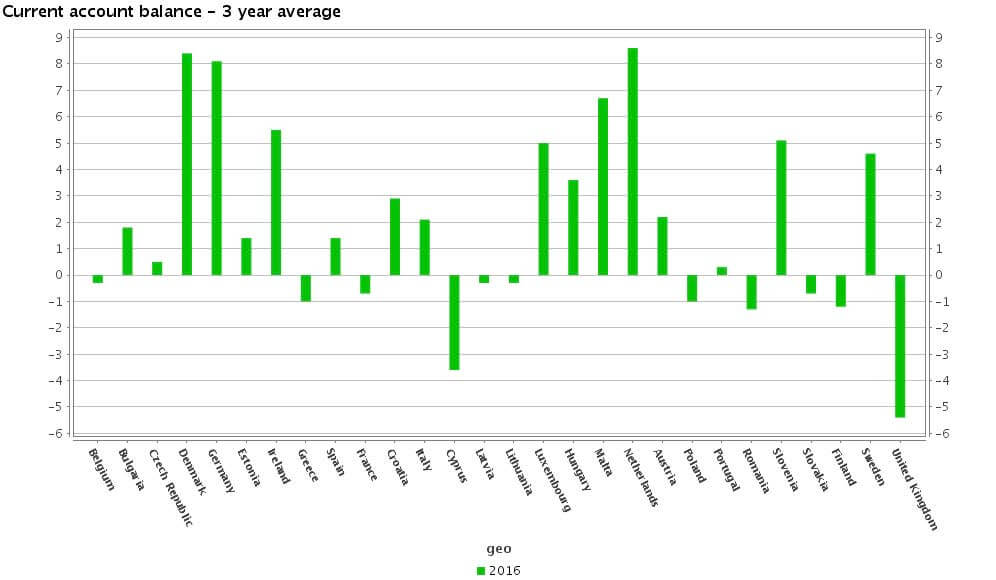 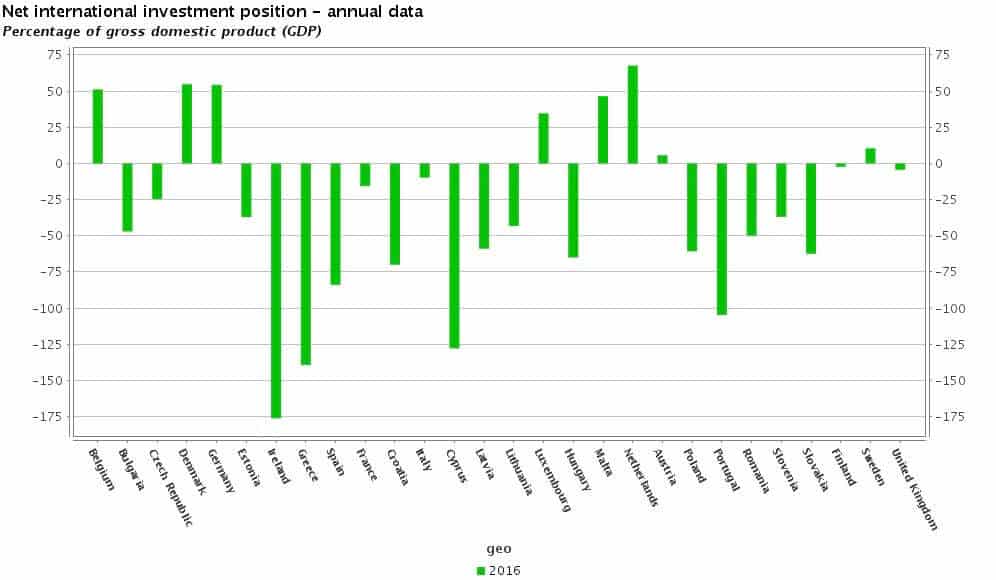 Regional imbalances can be more or less sustainable, depending on whether local income and GDP growth are enough to service the debt. Their persistence, however, shows that something is definitely not working with the Eurozone economy. EU fiscal and austerity policies have thus far tried to restore the balance through deflation in deficit countries. To some extent, they have been successful in reducing current account deficits (while having only a minor impact on Net International Investment Positions), as the following tables show (source: EUROSTAT).

However, this strategy only worked because ECB monetary policy counterbalanced its growth-depressing effects. Moreover, such a strategy implies an unequal distribution of the burden of convergence and does nothing to prevent future crises. Fiscal cooperation is far more promising, in this respect, as the self-same Commission emphasises.

Latterly, the Commission has put much emphasis on showing that an appropriate aggregate fiscal policy in support of monetary policy is a key instrument in ensuring that budget consolidation does not blot out growth. Effective coordination of the Member States’ fiscal stances would generate positive spill-over effects between surplus and deficit countries and help overcome the problem of macroeconomic coordination among them. In particular, it would allow those who must heed fiscal consolidation to do so without incurring macroeconomic contraction, while allowing those with more fiscal space to reap the rewards of their “fiscal virtues”. Unfortunately, the current fiscal framework allows neither for the coordination of fiscal stances nor for the redistribution of consolidation and growth efforts across countries. The Member States do not seem ready to change this, as they made clear in the Eurogroup. And yet, this redistribution would entail no international transfers and, correspondingly, would not hurt anyone’s national or political feelings.

The coordination of fiscal stances would allow for demand-side, growth-friendly policies. It would return some political room for manoeuvre to national actors, as budgetary constrictions would cease to weigh so heavily on political choices. It would allow for a degree of coordination that would facilitate the kind of reciprocity and co-responsibility that the highly integrated and interconnected European market requires. Finally, it would contribute to the reduction of macroeconomic imbalances without overly challenging the shaky pro-European sentiments of national public opinion. On the other hand, it would require national policy-makers to forsake their obsession with trade surpluses and replace competition with cooperation. This would allow them to build a system in which, ideally, surpluses and deficits would be viewed as cyclical economic phenomena with no further existential meaning.