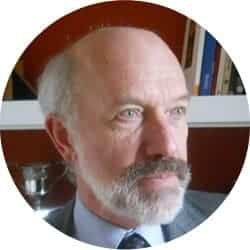 The Italian parliamentary elections on March 4 are expected to yield no easy results, as no single party is likely to be able to form a government by itself. Who will take charge and what policies will the new government adopt?

The Bertelsmann Stiftung’s 2017 Sustainable Governance Indicators on Italy clearly indicate that its most crucial policy challenges involve consolidating economic recovery, shrinking the country’s huge public debt through sound fiscal policies, and improving labour market conditions. Here the goal is to reduce the high level of youth unemployment, the gender gap, and the excessive disparity between stable, well protected contracts and precarious ones. We should add on the problem of uncontrolled flows of immigrants via the Mediterranean.

Directly or indirectly, all these challenges have a European dimension as their solution is significantly affected by the policies and rules adopted by the European Union.

In most of these areas, the Democratic Party-based cabinets of Matteo Renzi and Paolo Gentiloni have made some progress in walking the fine line between respecting EU budgetary rules and efforts to maximise resources encouraging economic recovery and fight unemployment. 2016 and 2017 saw significant movement with regard to GDP growth and employment.

Yet progress is still slow and the improvement of youth and women’s access to the labour market lags behind what’s required to bring Italy closer to the EU average. On immigration, the failure of the European policy of redistributing migrants has pushed the Italian government to pursue a more active national policy of cooperation with Libya and other African states to control the phenomenon at the source. But this is still far from satisfactory.

At first glance the Italian political landscape is simple. The tripolar configuration that started to emerge during the 2013 elections is secure: the Five Star Movement, the Democratic Party and the centre-right alliance steered once more by Silvio Berlusconi are the main political forces today.

Yet when we look at policy positions the picture is more complex. In some fields a bipolar alignment seems to prevail. On the issue of tax cuts, the centre-right alliance is united while the Five Star Movement has strongly stressed social expenditure and the Democratic Party occupies an intermediate position trying to balance more targeted social expenditures with tax relief.

By contrast, on the crucial issue of Europe, bound to affect many policy strategies because of its budgetary impact, policy alignment cuts clearly across the tripolar configuration. The Five Star Movement and Matteo Salvini’s Northern League, one of the two main components of the centre-right alliance, have proclaimed very critical positions on European economic policies and the euro.

Meanwhile, the Democratic Party and Berlusconi’s Forza Italia, the other main component of the centre-right, have expressed a more conciliatory position toward Brussels. On labour policies, which have played a minor role in the campaign so far given the overwhelming attention given to the issue of retirement age, the configuration is probably more similar to that on taxation and social expenditure.

Here the centre-right favours further liberalisation of labour rules while the Five Star Movement supports active labour market policies and the Democratic Party is more or less in the middle. Essentially the latter is proposing a continuation of the labour policies implemented while it was in power (the so-called Jobs Act) combined with further fiscal incentives for businesses that hire young people.

Forging a coalition will be difficult

Whatever the election outcome, forming a government will be no easy task. The new and still-untested electoral system combining a third of majoritarian seats and two thirds of proportional seats, and the tripolar configuration of the party system, leave significant room for uncertainty. Public opinion polls currently forecast that none of the three main forces will obtain a parliamentary majority.

Only Berlusconi’s centre-right alliance comes close to achieving this, and the majoritarian seats, where just a few votes can affect the result, will be crucial in deciding the outcome. If this happens, the government could be formed by forces that are sufficiently homogeneous on certain policy issues (such as taxation and labour policies) but seriously divided in their attitudes toward Europe – with crucial consequences for budgetary policies. This coalition would also have a serious leadership problem as Berlusconi is still banned from occupying public office because of his criminal conviction for tax fraud.

If the centre-right does not win a parliamentary majority, the task of forming a government will be much more complex. Some of the hypothetical coalitions such as a coalition of the Democratic Party and Forza Italia or a coalition between the Five Star Movement and the Northern League would entail a post-electoral rupture of the centre-right alliance.

The third option, a coalition between the Five Star Movement and the Democratic Party, would require overcoming very strong mutual animosity arising from the electoral campaign.

All these hypothetical majorities would face a very serious problem of leadership as they would be based on two relatively equal forces and would be divided on at least one major policy issue.

The last possibility short of a new election would be a continuation of the current government kept in office by the parliamentary abstentions of a sufficient number of parties. This solution would entail a high degree of continuity in most policy areas, but it would probably only delay early elections by a year or two.

Maurizio Cotta is Professor of Political Science at the University of Siena. He is co-author, inter alia, of Political Institutions of Italy (2007) and Technocratic Ministers and Political Leadership in European Democracies (2018). He currently coordinates the Horizon 2020 project 'EUENGAGE: Bridging the gap between public opinion and European leadership: Engaging a dialogue on the future path of Europe' (2015-2018).