The cause of the precariat isn’t helped by fuzzy thinking about who and what it is.

Numerous articles and reports, including some in Social Europe, have referred to the growth of ‘precarious work’. This term muddles several notions that should be distinguished. Unless we use terms correctly, we risk ending up with the sort of misrepresentation displayed recently by the Economist—when, in a special report, it asserted that since 2011 there had been no growth in the global precariat and the majority of workers in rich countries were ‘completely satisfied’ with their jobs.

For reasons developed in The Precariat: The New Dangerous Class, it is important to differentiate between instability, insecurity and precarity.

‘Instability’ refers to volatile fluctuations. People can have unstable earnings despite having secure employment. Someone on a zero-hours contract, for example, may have strong employment security, with a long-term or ‘permanent’ contract, yet no income security. If a study focuses just on employment contracts—a false approach adopted by some distinguished economists—it will appear that someone in that position is secure.

Indeed, there are ample data showing that such situations have multiplied. For instance, in the United Kingdom the Office for National Statistics (ONS) found that between 2007 and 2020 the number of people on zero-hour contracts increased fivefold. Those on ‘few hours’ contracts have also grown.

By contrast with instability, ‘insecurity’ refers to a high probability of losing something without warning or at high cost. And labour-based insecurity has various dimensions.

First, we should distinguish—which is rarely done—between employment security and job security. As noted in The Precariat, the former France Télécom experienced a sudden upsurge in suicides in the huge labour force, despite employees having strong employment (and income) security. It turned out that top management had introduced reforms that took away traditional job security: a policy of moving employees from one type of job to another, at irregular, short intervals, caused stressful insecurity.

Then there is labour-market security. Someone may have strong employment security but know that if they lost their job they would have a low probability of obtaining another or a high probability of obtaining only a more insecure, lower-paying job. After the closure of a big steel plant in England, most of the workers did find other jobs but with much lower earnings. Psychologically, in such now-common circumstances, feelings of labour-market insecurity are surely likely.

The failure to distinguish the various forms of insecurity and to focus on just one leads to simplistic conclusions, such as that ‘job security has remained remarkably constant’ in Germany, the UK and the United States. The widely cited study reaching that conclusion had no data on job security—merely on employment security. Even so, it would be hard to credit that the UK, which had removed employment protection from all those employed for between one and two years, had seen no increase in employment insecurity.

Another form could be called skill-reproduction insecurity. This arises from a fear that one’s skills may become redundant or one could not adapt to new skill demands, to be bypassed by those who can. In a period of rapid technological change, this is bound to be a major source of insecurity. It will not however be identified if the analysis focuses exclusively on employment security, as most have done.

Another form might be labelled representation insecurity. If a worker has no body or mechanism to defend her rights, or loses such a mechanism, then any objective analyst will appreciate that her insecurity has increased. And the decline of unionisation in recent decades has achieved just that.

Then there is income insecurity. Ignoring this, as most analysts do (including the Economist), will drastically underestimate the growth of labour insecurity. In the UK, the Resolution Foundation found that in 2018 over 80 per cent of the low-paid in steady jobs had insecure pay. And if one knows that after losing a job the compensatory benefit has fallen to only a tiny fraction of the average wage, as has been the case in various countries, income insecurity will certainly be increased.

This brings us to the distinctive concept of precarity. The Latin etymological root of precariousness is ‘to obtain by prayer’. This is the clue to understanding the precariat. Those in it are losing citizenship rights: social, civil, economic, cultural and political rights. They are and feel like supplicants. This reality is widespread and is not the same phenomenon as insecurity or instability, even though many in the precariat may experience all three.

It is politically important to maintain these distinctions. Feeling like a supplicant has surely been increased by ‘reforms’ of social security across Europe, with the trend to more means-testing, more conditionality attached to benefit entitlement and more punitive measures.

Members of the precariat know they will have to satisfy bureaucrats that they are behaving in ways required and know that in reality those bureaucrats have discretionary power to give or take away benefits and to steer them to job openings or not. And if they fall foul of the state bureaucracy, or the privatised agents of the state, they also know that they lack civil rights, in the form of due process and a fair opportunity to challenge adverse judgments legally.

This leads to the fourth distinction that should discourage analysts, particularly feminists, from using the term ‘precarious work’. What commentators are talking about is paid labour, not work. In numerous blogs and articles, authors ignore all forms of work that are not labour, including unpaid care work—the work done by more people than any other type—as well as voluntary community work and all the work-for-labour, work-for-the-state and work-for-reproduction that preoccupies the precariat. These overlooked forms of work take up a lot of time, which increases insecurity, since they must be done but are not remunerated or recognised at all.

The ONS estimated that unpaid care work in the UK was worth £1.24 trillion a year—63 per cent of gross domestic product, were it to be counted—or more than the value of all manufacturing and non-financial service jobs put together. Are those analysts saying this is not work?

Our ‘work’ statistics and the concepts underlying them must be radically overhauled. Current labour-force statistics are based on a model developed in the 1930s, intended for industrialised economies organised around ‘male breadwinners’, when measuring male unemployment was the perceived priority. To understand why millions of Europeans face labour insecurity, labour instability and intense precarity, we need statistics that identify those distinctive phenomena.

Today’s economic statistics are unfit for purpose. So too are analyses based on just one or two indicators of insecurity. 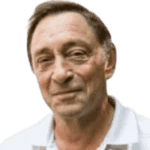 Guy Standing is professorial research associate at SOAS University of London and honorary co-president of the Basic Income Earth Network (BIEN), an international NGO which promotes basic income. He is author of The Precariat: The New Dangerous Class (2011) and Plunder of the Commons: A Manifesto for Sharing Public Wealth (2019).