The coronavirus crisis has highlighted how the welfare state of the future must include the growing mass of precarious labour, especially among youth.

In late May the International Labour Organization called for urgent and large-scale policy responses to prevent long-lasting damage from the Covid-19 pandemic, particularly to young people, fearing multiple shocks leading to a ‘lockdown generation’. Lack of social and human rights (including to collective bargaining and participation) and little or no social protection (including adequate unemployment and sickness benefits) accounted for their ‘precarious’ conditions.

In a contribution to an academic volume on Precarious Work, I defined as a ‘regime of competition’ the neoliberal setting that has informed the concrete changes to employment relations and welfare policies which have fostered growing precarity across the European landscape in recent decades. Their effects become evident during the 2007-08 crisis and have been exacerbated by the 2020 pandemic: Covid-19 has magnified the distortions imposed by the regime of competition on an already highly unstable socio-economic system.

Fritz Scharpf’s early conceptualisation of the process of European integration, as marked by ‘constitutional asymmetry’ between policies promoting market efficiencies (accelerated) and policies guaranteeing social protection and equality (retarded), is key to understanding how the European Union permitted the regime that encouraged and institutionalised precarious work. The underlying economic principle is that a more intensive rivalry among firms, and indeed among the employed themselves within these firms, as well as between the employed (insiders) and the unemployed (outsiders), helps to reduce the ‘reservation wage’—the threshold of work acceptance—via lowering not only the incomes of the employed but also the benefits received by the unemployed.

This is in line with neoliberal arguments considering protection through welfare and social entitlements an unaffordable luxury and obstacle to economic growth. The result is an increase in the incentive to do whatever is possible topush people into work. This has been done by the deregulation of employment conditions, under growing internationalisation and marketisation, and by encouraging a reduction in social protection while fostering ‘supply-side’ employment policies, aimed at marketing and matching existing skills rather than developing new ones.

The result has been a reorientation of the employment relationship from protection of, towards competition for, employment. Its justificatory order is the promise to raise employment by fostering what is in effect a war among the poor, delivering the precarious young generation we can now see.

Amid the insistent threat of the pandemic, the crucial question however becomes: how can welfare states ensure they include that precarious generation—or, better, prevent it being locked into precarity? This requires a courageous progressive narrative which repositions the value and dignity of work, wages and working conditions at the centre of the political agenda of governments and policy-makers, at European, national and local levels.

If stagnant ‘human capital’ is combined with reduced income protection, unemployed people—of whom unemployed youth still represent a very high proportion in the EU (with peaks of more than 30 per cent in several countries)—risk becoming more precarious and poorer, without having improved their labour-market chances. This is exactly what happened during the 2007-08 crisis and must be avoided now.

At that time, national policy reforms eroded labour’s capacity to mobilise resources, while the retreat of public policy—with cuts in social protection and investments in human capital—saw welfare turning to ‘workfare’. Precarious work hence manifested itself in not only an increase in (often involuntary) temporary work but also the imposition of reduced and increasingly unpredictable working hours, low wages and less advantageous working conditions—all of which workers, particularly the young, had to accept to remain employed at all. Activation policies fostered in-work poverty among people pushed to engage in low- (or un-)paid precarious occupations, as the way to retain their right to a minimum income given the increasing conditionality of benefit payments.

Self-employment, informal work and casual work have all increased. These are commonly associated with precarity as they offer to workers lower entitlements to protection and lack of employment rights, often reflecting lower bargaining power and greater economic dependency.

For example, ‘self-employment’ often describes a relationship of unequal power, where though the offer of work is dependent on a relationship with a single source, rather than a range of clients, individuals are hired for work only where they are prepared to declare themselves as own traders. In comparison with the contracted worker, self-employed workers are more highly exposed to the effects of the regime of competition, since they must handle all the risks employers had previously assumed, within a context of asymmetry of information.

Rebalancing this asymmetry requires that the state regain control by re-embedding market forces through antitrust measures and the strengthening of regulation. For instance, governments can impose new privacy controls on corporations and co-ordinate actions on their tax avoidance.

A radical and indirect way to intervene is also through investing the state’s vast resources in public goods, such as via public utilities. A recent study on digital platforms, for example, argues that there is no reason why the technologies on which platform services are based could not be used in ways that contribute to the improvement of working conditions, the development of local economies or the quality of local services, in line with broader European public policies.

How to achieve this is neither straightforward nor simple. All economic transformations create disruptions for both winners and losers, yet who will be the winner and who will be the loser in markets depends on who can participate and on what terms and conditions. And without rules there are no markets. A degree of public control is required to support and sustain the quality of goods and services, and to increase workers’ and citizens’ voice by guaranteeing good wages and working conditions.

In this regard, policy encouraging labour-market arrangements that facilitate innovation and provide protection for workers cannot disregard collective-bargaining institutions and representation rights, essential components of a decent (and non-precarious) work agenda. Such arrangements can ensure all workers are suitable trained and qualified, health-and-safety standards are met and workers are properly compensated, with employment rights, decent working conditions and entitlements to maternity, paternity and parental leave, sick leave, holidays and pensions.

These policy initiatives could be complemented by other steps which would include clarification of employment rights and reform of social-protection systems, for example to protect the self-employed better. Since these workers often work with digital platforms, we need rules that constrain the scope of platforms to engage in ‘digital-regime shopping’ by recruiting workers in the global south, where labour costs are markedly lower, and putting them in competition with workers in the global north. Sanctions in case of breaches to such rules might also be desirable.

In line with Scharpf’s diagnosis, social policy has always been considered a member-state competence within the EU. Overall, and more than ever, however, this new agenda requires prompt intervention and cross-national co-ordination by governments and EU-level institutions. 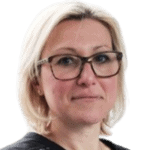