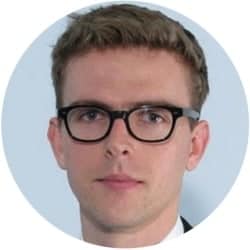 The social dimension of the EU is on the verge of becoming insignificant. At practically all levels there has been a systematic weakening of Social Europe: aims, programmes and instruments have been reduced in the areas of employment policy, labour law and labour relations. The Community is rolling back previous achievements. Workers and trade unions are losing out. This is particularly evident in three areas.

First, in the euro crisis the European Employment Strategy and the Open Method of Coordination were systematically subordinated to economic-policy aims. In the European Semester – the annual process of co-ordinating EU Member States’ economic policies – the economic and finance ministers have their hands firmly on the tiller. Half of all labour market and social policy recommendations for the Member States are based on legal provisions in the Stability and Growth Pact or the Macroeconomic Imbalance Procedure. Thus, they come within the competence of finance ministers.

Labour and social affairs ministers are marginalised when it comes to their proper concerns. The upshot of all this is recommendations to deregulate national labour markets, decentralise wage systems and restructure social insurance in line with budgetary criteria. The social partners, generally speaking, have weak consultation rights. Trade unions are bypassed.

The EU’s labour market and social policy measures have long amounted to a comprehensive “labour market strategy”. Acknowledging this reality would be a first step for social policy actors towards a stronger say. Instead of continuing to put up with the thematic constriction of the European Employment Strategy the relevant ministers should insist on equal footing with finance ministers. In an era of European inter-governmentalism, a Eurogroup of social and labour ministers is their best bet.

Second, in the 1990s the social dialogue led the way out of the crisis, but today it serves mainly for legitimation purposes. The European social partners obtained de facto legislative competence with the Maastricht Treaty in 1992. This was tested successfully with three agreements: on parental leave (1996), part-time work (1997) and fixed-term labour contracts (1999). Co-determination also made progress: against all expectations European works councils were introduced in 1994. Compared with the German model their rights are weak, but they can rightly be considered an important step towards effective employee interest representation at the EU level.

Since the turn of the millennium social dialogue has, however, been at a standstill. The social partners are involved mainly on a pro forma basis. Binding framework agreements are no longer concluded. This is also the fault of the European Commission, which no longer encourages employers to engage in cooperation. Moreover, company co-determination could be much more widespread at EU level. After years of struggle, the major trade unions have reached agreement on their demand for European minimum standards in company co-determination. The European Commission should create the necessary legal framework.

Third, European labour law remains underdeveloped, despite the extension of legal competences. A substantial portion of it dates from as early as the 1970s, with the three directives on mass redundancies, protection of rights in the case of transfers of undertakings and employer insolvency. At that time, the treaty basis was still fairly meagre. In addition, the Social Action Programme (1989) of former Commission president Jacques Delors led to many binding measures. There is a certain irony in the fact that increasing legal competences, in particular through the Maastricht and Amsterdam Treaties, led to less and not more legal regulation in key areas. This is not only because of structural constraints of Economic and Monetary Union, but also because of ideological beliefs in flexible labour markets based on the “Anglo-Saxon” model.

European labour law should not render national standards null and void. However, it should and indeed must protect employees from the excesses of the single market and monetary union. In individual labour law the Community could be much more active. In this respect, treaty competences are far from exhausted in their scope and impact. This applies to working conditions, social exclusion and labour migration, all of which have seen dramatic changes in the course of the euro crisis.

This contribution is a summary of the study Giving Teeth to the EU’s Social Dimension published by the Friedrich-Ebert-Stiftung.