The vast sums disbursed in procurement and subsidies by public institutions must lever good work amid the green transition.

Awarding public contracts or subsidies by not only price but also according to criteria of social and ecological sustainability should be a central policy lever for fair design of the transition to a carbon-neutral economy. This would mean, for example, ensuring construction projects bar exploitative treatment of migrant workers or disbursing monies on social considerations when expanding renewable-energy sources.

Two striking examples of what can happen when public supervision is inadequate show why. One is the ‘mall of shame’ in Germany—a luxury-shopping and housing complex, the Mall of Berlin, which opened in 2014. For the construction of this large-scale project, hundreds of workers from Romania were employed by subcontractors on an hourly wage of €6.

Legal action was eventually required to extract the wages due, this being far short of the collectively stipulated hourly wage for construction. Yet these were not recovered in full. The German labour court ruled that only the subcontractors were liable for how the workers were treated and paid—not the general contractor—and they filed for bankruptcy.

All this happened at the gates of the Berlin House of Representatives. The ceremonial opening was attended by the then mayor. Public authorities, in particular the Finanzkontrolle Schwarzarbeit (Financial Control of Illicit Work), did not adequately inspect the site. Failure to pay wages, the use of bogus-self-employed construction workers and abuse of subcontractor chains were treated as if petty misdemeanours.

The ‘Henry on the train’ case in Austria, which made it all the way to the Court of Justice of the European Union (CJEU), paints a similar picture. On the Austrian Federal Railways (ÖBB) route from Budapest to Munich, staff were provided by a Hungarian subcontractor (Henry am Zug).

Austrian law stipulates that such a posting of employees across national borders must be notified in advance. Yet neither was the posting notified nor did the company pay its employees for the passage through Austria, in accordance with the Austrian collective agreement. Rather, they received the significantly lower Hungarian wage, thereby undermining the central principle of the EU Posting of Workers Directive, ‘equal pay for equal work in the same place’.

The CJEU however assumed, in its ruling in 2019, that the service would start (for instance, sorting goods) and finish (settling accounts, for example) in Hungary. A sufficient connection to Austria was consequently denied. The ÖBB—a public contracting authority—terminated its co-operation with ‘Henry on the train’ because of how this all looked. According to the court, however, the subcontractor’s conduct was lawful.

From these exemplary cases, a clear demand emerges: no public contracts or subsidies, direct or indirect, should be granted without social- and labour-law conditionality. Compliance with minimum wages or the locally applicable collective agreement, as well as the creation of good work, must apply throughout Europe.

Another Austrian instance shows how such conditionality can be postively provided by the legislator. The Renewables Expansion Act of 2021 incentivises generation of renewable electricity from hydropower, wind power, photovoltaics, solid biomass and biogas through investment grants and market premia. There is great demand for these subsidies: when the fourth call for proposals was issued in October, more than 23,600 prospective recipients applied within five minutes.

In addition to general eligibility requirements for the market-premium procedure, special eco-social objectives were stiupulated to provide for higher standards of protection for employees and improved regional value creation. The Austrian Trade Union Confederation (ÖGB) has developed the following proposals on social criteria which should be incorporated into the award procedure, to check the suitability of subsidy recipients:

If state subsidies are to be awarded, conditionalities stemming from labour and social law must be stipulated. At the same time, subsidy recipients should not be limited to a few large companies but should include small and medium enterprises. Therefore, the ÖGB proposes that the criteria listed are to be understood as a pool from which at least three must be met.

Regulation depends crucially on control. Without, at the very least, random checks and consistent sanctioning of violations of subsidy conditions, such conditionalities would otherwise remain nothing more than paper tigers.

The state must set an example as a contracting authority and provider of subsidies. The implementation of procurement projects, especially in cross-border situations, is still characterised by wage and social dumping. Unfair competition by undercutting wages, social-security contributions and general labour standards undermines cohesion in the EU.

European public-procurement law, as well as that on state aids, must counteract this. The disbursement of taxpayers’ money must routinely be tied to social and ecological conditions. EU procurement directives already allow that contracts need not be awarded solely by the most favourable price. But it remains at member states’ discretion to decide whether a contract is awarded to the cheapest bidder or to that which takes social, labour and environmental aspects most advantageously into account. This must become mandatory.

According to the European Commission, across the EU about €1.9 trillion—around 19 per cent of European gross domestic product—is spent annually on procurement by public authorities. So the private sector must also be more closely monitored.

Conditions such as those involved in the construction of the Mall of Berlin are unacceptable. The number of personnel in national inspection authorities must be increased. The credibility of the European Labour Authority is also at stake, if it does not take an active role in combating wage and social dumping and develop appropriate social-ecological guidelines for procurement by EU institutions.

The development of a European social-security ‘passport’ to allow real-time verification of mobile workers’ social security in their posting country has long been on the trade unions’ list of demands to combat illicit work. Especially in times of crises, workers in the single market must be protected against exploitation. 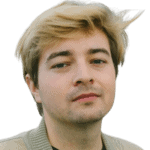 Christian Berger works in the Economic Policy Department of the Vienna Chamber of Labour, with a focus on industrial policy and structural change. He is also a university lecturer, among others at the Vienna University of Economics and Business and the Medical University of Vienna.