The Gulf state’s pursuit of influence shines a light on a systemic problem for the EU—and it’s not a good look.

For the past week, the European Union has been shaken by a scandal whose scope has yet to be established. While the case is extreme on the scale of corruption, what it unearths may well be less remarkable—it being merely another, if crude, reminder of how EU democracy and its long chain of decision-making are under continuous, powerful pressure.

EU policy-makers have recurrently been confronted with the ethics question, ever since the resignation of the European Commission under Jacques Santer in 1999 facing allegations of corruption. In 2012 the health commissioner John Dalli was required to resign over claims of trading in influence by the tobacco industry (which he contested) and in 2016 the former commission president José Manuel Barroso was accused of a conflict of interest when he became chair of Goldman Sachs International less than two years after standing down.

Such episodes have prompted waves of ad hoc initiatives but to no avail. Worse, from the repeated warnings on such conflicts by the European ombudsman, Emily O’Reilly, to the report in March by the MEP Raphaël Glucksmann on ‘foreign interference in EU democratic processes’, signs from all quarters have indicated that EU decision-making isnot only increasingly exposed but ill-equipped to face the challenge.

There has been a profound underestimation of the deficit of public integrity in the EU and its diffuse costs for democracy. It may not come as a surprise to sociologists that elites, and political elites in particular, have a propensity to minimise and euphemise this problem. Yet their failure is particularly striking in the case of the EU—the critical gatekeeper to the regulation of the largest internal market in the world and a unique access point for large corporations and foreign governments seeking to reach hundreds of millions of consumers and millions of firms.

The EU has also repeatedly misjudged the costs of conflicts of interest and corruption. These are not primarily the damage to reputations of institutions (the commission or the European Parliament) or individuals (MEPs and senior officials). Rather, they impair our collective capacity legitimately to address the issues of European import which lie ahead: war and peace, ecological destruction, soaring inequalities and so on.

Given this lack of recognition of the problem, it is not surprising that EU policy-makers have repeatedly failed to redress it. Disparate and discrete reforms have ranged from optional transparency registers to consultative ethics committees, with no real investigative or decision-making powers.

The commission’s ‘ad hoc ethical committee’, created to regulate commissioners’ circulation through revolving doors to the private sector, is a case in point. Renamed the ‘independent ethical committee’ in 2018, after revision of the code of conduct for commission members, it has shown very few teeth. Dependent on the initiative of the general secretariat of the commission to request its opinions, and composed of three former European notables (generally from the Court of Justice of the EU, the commission and the parliament), it has become a tool to protect the institution’s reputation rather than an instrument of scrutiny.

Moreover, there has been an over-reliance on the regulatory capacity of transparency measures: the (non-compulsory) transparency register of lobbyists, the meetings diaries for commissioners, directors-general of the commission and select groups of MEPs, the codes of conduct (for lobbyists and commissioners) and so on. The underlying assumption is that publicity (or the fear of it) will be an incentive strong enough to transform behaviour.

Transparency is certainly useful to nongovernmental organisations, journalists and researchers documenting the everyday life of EU institutions and holding them accountable. Indeed more is needed, as many shadows remain, particularly when it comes to MEPs or senior commission officials. Yet, given the weakness of European civil society, the transformative capacity of transparency has been greatly exaggerated.

What could, then, be the pillars of a new strategy in defence of democratic institutions and decision-making?

First must come acquisition of the fuller knowledge indispensable to a genuine comprehension of the scale of the problem. The parliamentary committee of inquiry on the Qatar case should have a broad mandate to assess the systemic threats and webs of interests which weigh on EU public decisions. This should go hand in hand with creation of a Permanent Observatory of Public Ethics, endowed with the means to accumulate the knowledge needed accurately to map the potential threats across time, institutions and policy domains.

This in turn could foster a public conversation among Europeans about the permeability we are prepared to accept between the public sphere and the private sector or, rather, the protection we can build around EU democracy, its representatives and decision-makers. The elections to the parliament in 2024 could provide an opportunity to discuss these incompatibilities and associated conflict-of-interest rules for MEPs, commissioners, other senior officials and member-state representatives—in service but also post-service.

Secondly, defence of the integrity of EU democracy requires leaving behind the preference for secrecy, soft-law and self-regulation. Many have proposed a new, inter-institutional ethics body with investigative and enforcement powers. Its mission would be to audit the sincerity and comprehensiveness of officials’ or lobbyists’ declarations and to adjudicate on the admissibility of passage through revolving doors. This would put all actors involved in EU decision-making under the same public scrutiny.

Yet one should not place too much hope in the redeeming power of such an administrative body either. Experience has shown that it is not enough to create a new agency merely charged with pursuing the lack of, or flaws in, declaratory statements (on interests, meetings and so on). The French Haute autorité pour la transparence de la vie publique, on which such proposals are modelled, has revealed its own shortcomings in detecting conflicts of interests.

What the current corruption case shows is the critical importance of criminal law and inquiry when it comes to piercing the veil of corruption and protecting the public interest. Yet Qatargate is revealing too the great dependence of EU democracy on national police and judicial systems: the Belgian police are in charge of the investigation on suspected corruption in the parliament.

Our collective reliance on the police services of the member states in which EU institutions are located is all the more worrying, given the significant decline in rule-of-law standards in a number of member states. In this context, the EU must equip itself with services capable of autonomously carrying out these investigations and dealing with these cases of corruption, if it is even to apply effectively the rules already in force. 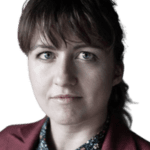 Lola Avril is a postdoctoral researcher at the University of Eastern Finland. 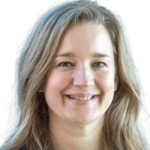 Emilia Korkea-aho is professor of European law at the University of Eastern Finland. 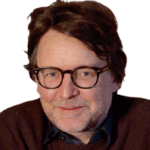