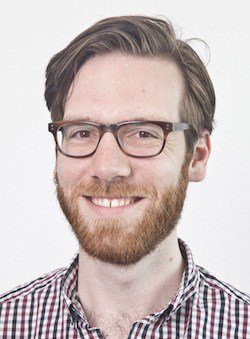 Many economists advocate a sovereign insolvency regime to solve the problems that plague today’s Eurozone. If there were an orderly way to declare a government insolvent and reduce its debts, it could gain sufficient breathing space for a more expansionary fiscal policy; other countries’ taxpayers would not have to bail out reckless banks and those same banks would finally pay for their lending sins. Banks’ higher lending risks would lead to an increase in interest rates for shaky sovereigns, dampening their appetite for debt and thereby preventing government over-indebtedness before default hits.

While those are certainly important arguments, the matter is more complex. A sovereign insolvency regime is likely to have serious side effects: it makes governments dependent on the whims of financial markets, is likely to increase the economic and financial polarization in Europe and would further strengthen Germany’s hegemony.

The main reason for those unpleasant side effects is the lack of a clear criterion for government solvency. But, without such a criterion, a government’s default with all its consequences becomes subject to creditors’ arbitrariness. For companies, the matter is relatively straightforward: a company is insolvent when its equity is negative (when its debts are worth more than its assets). Then, their remaining assets will be sold to pay off outstanding debts; and debtors that cannot be paid take a hit. The equity criterion is, however, not applicable to governments: a sovereign also holds assets but they cannot be used as collateral for outstanding debt. No sovereign can credibly commit to sell off its public infrastructure in order to repay its debts. A company can be liquidated, a state cannot.

Some argue that the debt-to-GDP ratio constitutes a good measure of over-indebtedness and thus insolvency. For instance, the German Council of Economic Experts thinks that governments should be declared insolvent and their debts reduced when their obligations reach 90% of GDP. By this measure, Japan with its 250% debt-to-GDP ratio in 2014 would long since have become insolvent. The same goes for the US with its 105% or Belgium with its 106%. But neither in Japan, the US nor Belgium is anybody seriously concerned with their government’s default even though their debt ratios are sky high. Also, the debt ratios that the Troika deems sustainable for Greece – 120% – does not stem from any analytical model. The Troika just claims that this could be the ratio which financial markets might find sustainable. Nobody really knows.

But, while fundamental insolvency cannot be established for sovereigns, they can of course default on their debt obligations. Sovereigns mostly default when creditors are no longer willing to roll over their maturing claims and prefer to have their money back. All governments – as well as most companies – depend on creditors to roll over their claims. They almost never pay back their debts. But this makes them vulnerable to roll over risk. And this risk can be self-fulfilling: when some creditors believe other creditors will not roll over their maturing claims, they might expect the sovereign to default and thus will be more likely to ask for their money back. Default expectations can thus push governments into actual default. Since there exists no good criterion for government insolvency other than lenders’ willingness to roll over claims, every government can at any time become victim of such a self-fulfilling default. 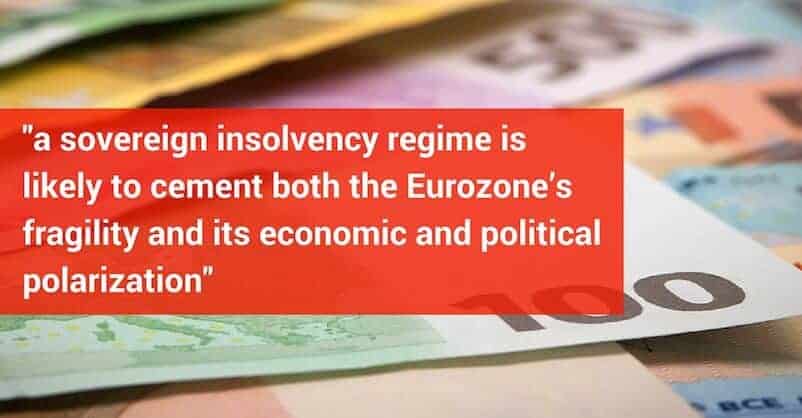 And, as we have learnt in the Euro crisis, a looming or actual default is very painful: looming defaults push governments into the hands of the Troika which tends to wreck economies and societies; actual default means the ECB cuts off national banking systems from its liquidity injections, forcing capital controls and bank closures upon an economy. Since sovereign default is triggered by fickle financial markets, it is the very same markets that decide about governments’ and thus countries’ economic fate.

How arbitrary financial markets’ evaluation of a government’s solvency is can best be illustrated by the Greek case: conventional wisdom has it that the Greek state was confronted with default in 2010 because the previous government had cooked the books and under-reported its deficit and debt figures. But exactly the same thing had happened already in 2004 – with no discernible effect on financial markets. Although they knew they could not trust Greek data, banks continued lending at ever lower interest rates. So should we trust the markets to decide when a government is insolvent?

Because this is exactly what would happen if a sovereign insolvency regime were to be introduced. Within such a formalized regime, financial markets would be even quicker to stop financing sovereigns whenever they felt nervous, be it because of a recession, financial market turmoil in a faraway country, some political scandal, revisions of economic data or whatever else might happen. All sovereigns in the periphery would then be under a constant threat of default that would – as intended by insolvency advocates – increase their interest rates long before their actual default. Since this will also raise interest rates on private loans, financing conditions for private businesses in the periphery will increase relative to core countries, thereby leading to lower investment and growth – and making sovereign default even more likely.

The sword of Damocles of insolvency would constantly hang over the periphery and lead to a economic stagnation in perpetuity. On the other hand, the Eurozone’s core would expand its economic and political influence over the periphery. Thus, a sovereign insolvency regime is likely to cement both the Eurozone’s fragility and its economic and political polarization.

Such a formal regime is not even necessary today. This is because the ECB has since 2012 pursued a policy that makes sovereign default much less likely than was the case before. Both the announcement of OMT (Outright Monetary Transactions) in the summer of 2012 as well as the actual purchasing of government bonds that started in early 2015 signalled that the central bank stands ready to be the buyer of last resort.

This is the only way a self-fulfilling default can be avoided: when investors know they can sell their debts to the central bank, they will be more willing to roll over maturing debts and this will make sovereign default much less likely. This is exactly what the Bank of Japan, the Federal Reserve as well as the Bank of England have done for their respective governments. In none of those countries was sovereign default ever an issue and interest rates on government bonds never increased in the way they did in the Eurozone.

It’s only because of the new ECB policy that Ireland and Portugal were able to exit their respective IMF/EFSF programmes and tap financial markets again. Today, their government debt levels are much higher than before they entered the programmes. But financial markets don’t care: they know that they can always sell their bonds to the ECB. Greece only finds itself in limbo because the central bank is not buying its debts owing to some self-imposed rules that might have been constructed with the exact aim of leaving Greece out (although Mario Draghi denies that).

For now, the ECB has stabilized the fragile financial situation of the Eurozone. But if a formal sovereign insolvency regime were to be introduced, this fragility could very well resurface and make the Eurozone an even more unpleasant place than it already is.