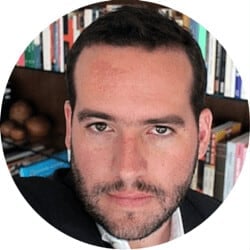 It took Spain’s political parties a staggering 44 days to properly react and face head-on the outcome of the general election on 20 December. In a country hardly accustomed to tight election results and coalition talks, the aftermath of the vote left the political class not only in dismay but, more worryingly, in stasis.

Two months after a general election that has so far failed to produce a government, the running joke among the country’s chattering classes has become that Spain is now Italy. But without Italians. Or, more precisely, without the Italian nerve of steel for brinkmanship and their long history managing it.

The other joke — this one much more serious and revealing of the political culture — is that for almost 40 years Spain functioned as a presidential system disguised in parliamentarian robes. A de facto two-party system was able to amass enough votes on either side of the political divide to produce strong and stable governments that could turn the parliamentary chamber into a mere extension of the executive branch. Until this last election, that is. It has not only buried the two-party system and suddenly forced parliamentarian manners on the political culture but also revealed a lack of political stewardship and negotiation skills that is putting Spain’s still young democracy to the test. As for the public and the media, they have required a crash course on the rules and procedures of a genuine parliamentary system of government.

Perhaps the most bizarre moment since the election came when Mariano Rajoy, head of the conservative PP and acting prime minister, rejected the King’s offer to — as head of the list with the most votes — lead the effort to gather support in the Cortes (176 votes needed for outright majority) to form a government. Rajoy declared himself unwilling while insisting he was not stepping aside. A tactical maneuver that went against a basic tenet of parliamentarian life: if the party with the most votes is unable to form a government, other parties get a shot. Rajoy wanted it both ways: avoid the political costs of a failed attempt while remaining on the sidelines arguing that his party had the most votes and therefore the right to govern.

Three weeks into the post-election period the first formal contacts among the parties took place timidly. Pablo Iglesias, leader of Podemos, the party that came third, used the King as emissary to pass a message along to his counterpart in the socialist party (PSOE), Pedro Sánchez. If Iglesias were named vice-president and other Podemos leaders occupied several leading cabinets in the new government, Podemos would be willing to comprise and support Sánchez as head of government. Even though the two left-leaning parties did not reach the coveted 176 MPs required, Iglesias nonetheless demanded that Sánchez stop talking to other parties.

The reply from Sánchez was befuddlement, as he learned of the offer — complete with a minister allocation diagram — directly from the media. No prior consultations, negotiations or pre-accords. Another tactical move, this time by Podemos, that revealed just how little the parties are used to open talks and negotiations with their counterparts.

These events were preceded by a fully-fledged attack by Sanchez’s own party regional bosses who attempted to block a compromise with Podemos by sacking him in an improvised party conference they tried to set up and failed to enforce. Not exactly a show of party unity in a time of strife; the rifts provoked by the results of the election cut not only transversely along ideological lines, but also deep into the parties and their structures.

Finally, 44 days after the election took place and after the second round of party talks with the King, a formal offer was made only earlier this month: the King asked Sánchez to try to form government. The socialist leader accepted the offer and has been fighting an uphill battle ever since. The arithmetical possibilities are limited and require him to find support on both his right and left flanks. And, with a German style grand coalition off the table, the road to the premiership gets trickier by the day.

Sánchez has a few weeks time to try to get the backing for his accord with Ciudadanos. When the parliament votes next week the clock will start ticking. If Sánchez can’t win a majority or avoid other parties’ votes against him within two months, the new parliament will be dissolved and fresh elections called – with the very real possibility that the ensuing results are remarkably similar to December’s vote. And with no formal institutional mechanism to break the deadlock (i.e. run-off elections), this dynamic could go on indefinitely. And then, Spain could actually be comparable to Italy. Or worse: a parliamentarian system of government accustomed to tidy majorities incapable of functionally channeling political representation.

Spain has a steep learning curve ahead: its de facto two-party system that narrowed representation but allowed the country to function as an efficient quasi-presidential system for almost 40 years has been squashed by an electorate sick and tired of the same old party tricks; a new era of true parliamentarianism is upon us. The real question is whether the Spanish political parties are up to the task. Can they leave behind the rigid party discipline required by a presidential system and adopt a more flexible approach to government demanded by a real parliament? We will soon find out.

Diego Beas is a political analyst based in Madrid. He has worked for Fundación Alternativas, Oxford Internet Institute and El País and has written La reinvención de la política: Obama, Internet y la nueva ester public (Península, 2011), a book on the political changes brought about by information technologies.