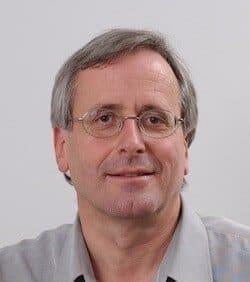 On 18 May 2014, Swiss voters clearly rejected the popular initiative for the introduction of a statutory national minimum wage of CHF 4000 per month respectively CHF 22 (Euro 18) per hour. The initiative was launched by the Swiss Trade Union Confederation (SGB-USS) which collected enough signatures to force the Swiss government and parliament to hold a binding popular ballot on its proposal.

The proposition was branded, somewhat disingenuously, as a call for the “world’s highest minimum wage”. In actual fact, however, it would have lifted Switzerland’s low income earners only to a level of 61% of the country’s median income. In addition, the proposed amount also appears bigger than it really is, if one considers the exceptional strength of the Swiss Franc as well as the country’s extremely high living costs.

Switzerland’s trade unions are therefore very disappointed about the voters’ rejection of the minimum wage initiative. The opportunity of abolishing low wages in rich Switzerland and putting a stop to wage dumping was missed. Thanks to the popular initiative, however, the trade unions have succeeded in setting CHF 4000 as a benchmark for a fair minimum wage. All Swiss trade unions will now continue to do their utmost to fight low wages and wage dumping through collective employment agreements.

The bone of contention was not so much the entitlement to a minimum wage of CHF 4000, but its enshrinement in law. So the ‘No’ to the initiative should not be interpreted as a ‘No’ to fair pay per se. A large number of companies as well as entire sectors have announced their intention to raise minimum wages to the level demanded by the initiative. They include hard-nosed discounters such as Aldi and Lidl as well as fashion & shoe retail chains (H+M, Bata) and florists’ and bakers’ associations. The new collective employment for carers of senior citizens also provides for minimum hourly rates of CHF 22 (for 13-month salaries). These increases would not have been possible without the initiative, and thanks to the initiative thousands will enjoy a wage increase.

During the campaign, representatives of companies, employers’ associations and even the Swiss Minister of Economics repeatedly sang the praises of the “proven social partnership”, citing it as the appropriate channel for fixing minimum wages. The Unions will hold them to their word. They will intervene in cases where companies and associations have not yet signed any collective employment agreement and urge them to launch negotiations without delay. In sectors which do not recognise any contractual minimum wage, such as the hospitality, cleaning and industrial sectors, the unions will work to ensure that they raise the minimum wage to CHF 4000 or more.