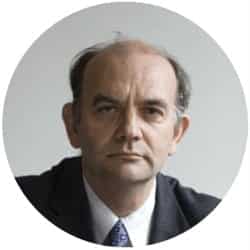 The Brexit debate is a paradox. The motivations are political, but most of the argument has been about economics. The case for Brexit has been led from the right, who traditionally are most in favour of free markets, emphasise security and the ultimate sovereignty of UK law, and argue that Brexit would enhance our international influence.  Yet the closing stages of their campaign seems to be leading to the opposite: withdrawal from the world’s biggest single market, proposals to offset the cost impacts by ignoring UK legislation, and impeding our security and influence in at least one crucial, and intrinsically globalised, sector – energy.

Big rhetorical themes for Brexit are ‘taking control’ and ‘cutting red tape’. The Remain response has focused on the economic benefits of the Single Market. In energy, with declining North Sea supplies, we already import half our gas. Electricity imports (currently 6.5%) are set to double by tapping into cheaper power on the continent: National Grid estimates that the electricity trade alone will be worth £500m per year by the early 2020s. Pipeline gas and electricity require physical connections – geography means we cannot disconnect from the continent and trade elsewhere.

Staying in the Single Market of the wider European Economic Area, like Norway, would preserve the trade benefits but means we would still have to sign up to the “four freedoms”. In addition to freedom of movement, this includes environmental and related legislation to tackle pollution across borders and underpin a ‘level playing field’ in the energy market: Norway’s renewable energy target is the highest of the lot. In that position, we would face regulation without representation.

The desire to ‘control our borders’ has moved the Leave campaign to advocate withdrawal even from the Single Market. The standard claim is that trade losses with the EU could be offset by trade elsewhere.  But our energy relationships would remain almost entirely with, yet no longer within, the Single Market. Of course the EU would still have an interest in energy trade with the UK, but our physical dependence means they would be setting the terms.

Some Leavers counter that any resulting trade losses in energy could be offset by reducing environmental controls and scaling back on renewable energy. Environmental weakening hardly makes a great advert for Brexit and anyway the most relevant controls have been embedded in UK legislation for many years now, and industry has invested and planned on that basis.  Trying to reverse the planned closures of coal plants would violate law now on UK statute books, spook investors’ plans for new gas power plants, ensure our ejection from the Single Market, and be incompatible with our domestic Climate Change Act and international climate change commitments. And coal cannot anyway directly displace gas in many applications.

Meanwhile, renewables have become much cheaper (thanks largely to the EU-wide effort over the past decade) whilst other low-carbon options have been cancelled (carbon capture) or become far more expensive (the proposed Hinkley Point nuclear plant), and scaling back renewables would further increase our dependence on imported energy.

So we come to security.  With electricity, our links to countries with substantial generating surplus have helped to maintain UK supplies in recent winters. To make effective and efficient use of capacity, the EU is developing regional energy security zones. Outside the EU, Britain would not be part of them.

On gas security, UK storage capacity is minimal (and declining) compared with the continent’s. Purely national protection against interruptions, in gas or electricity, would of course be possible but only at a cost far higher than pooling reserve capacity in Europe. So post-Brexit we would face an unenviable choice between security and cost. To remain secure outside the Single Market, UK energy bills would have to rise. The gross cost of UK ‘capacity payments’ so far is under £1bn/yr: based on past estimates, this might have to more than double.

The (pro-Brexit) energy minister Andrea Leadsom has claimed that EU ‘energy solidarity’ proposals impinge our security. Indeed, after serving their own essential needs first, EU Member States would have to help each other – before helping a non-member state such as the UK.  In the (unlikely) event of an international gas crisis the UK would be competing for supplies against far bigger players. And are Brexiters really saying that in a winter gas emergency we should let old people die on the continent because we don’t want to enter into any mutual emergency arrangements to free up non-essential uses? Ultimately, cooperation with ones neighbours is a moral as well as economic, environmental and security issue.

Alongside this would be a stark loss of influence. The UK has been an active and effective contributor to EU energy policy. It spearheaded the EU’s Internal Energy Market (IEM), chairs the EU’s Agency for the Cooperation of Energy Regulators, and helped to lead the EU negotiating team at the Paris climate change conference. Leaving the EU would greatly reduce our influence in European energy and climate change policy, just when the EU is building an ‘Energy Union’ – but leave us either bound to abide by many of its rules, or face rising costs for the security and trade access that European connections otherwise bring.

On the global stage, the EU is one of the big three along with the US and China, in both energy dialogues and climate negotiations. The influence of a Brexited UK– with barely a tenth of the EU’s population – would be much diminished, as would our leverage with fossil fuel exporters (notably Russia and the Middle East). The price of imagined freedom on the international stage would be paid with growing irrelevance.

So as a final paradox, Brexit would not in reality resolve the core issues of security, affordability and sustainability: like the Referendum itself, a vote to leave would simply expose the underlying dilemmas more sharply.  The more we sought to distance ourselves from EU energy and environmental policies, the tougher the trade-offs would be in terms of costs – economic, environmental, and/or security. Were the UK to leave the EU, we could rail against a European Energy Union that might become more centralised without us: but the greater our policy distance, the less we could influence, and the less our potential gains from cooperation on all three dimensions.

Michael Grubb is Professor of International Energy and Climate Change Policy at the Institute for Sustainable Resources of University College London (UCL). He has been Senior Advisor to the UK Energy Regulator Ofgem and served on the statutory UK Climate Change Committee, as well as advising a House of Lords Europe Committee enquiry.