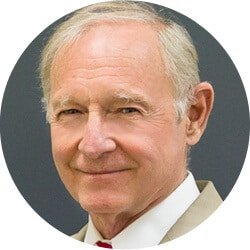 The case for an Investment State rests with three propositions: The first is the diminishing credibility of the Welfare State. Flourishing mid-20th century, it has struggled politically as a result of economic inequality, capital flight, bureaucratic inertia, damage to citizens, and the proliferation of subprime vendors. In response to the global financial crisis and the European debt crisis, government fiscal stimulus has been tepid at best. The second proposition is increasing, and occasionally virulent nationalism, fueled by working- and middle-class anxiety. Brexit, the Trump presidency, and insurgent populism threaten the solidarity premise of the Welfare State. Immigration has fueled xenophobia, resulting in heightened border security, signaling a closing of the post-1945 open societies of Europe. The third proposition is the fiscal exhaustion of the state. While social expenditure varies by nation, new challenges represented by working mothers, dislocated immigrants, a consolidated low-paying, non-unionised services sector, a growing precariat, and irreversible globalization put additional pressure on government—all this and the retirement of the Baby Boomers has yet to be addressed. Debt has limited Keynesian options, since national budgets are steeped in red ink, a problem compounded by the reluctance of governments to raise taxes. Fiscally, the Welfare State has run aground.

Constrained by neoliberal policies since the 1980s, European welfare scholars have explored social investment, but the logic of the Welfare State precludes a robust investment strategy. Fiscal resources of the state are already committed to politically powerful elders who demand pensions and healthcare, leaving governments to offer only token support to children, employed mothers, and workers needing to upgrade their skills. Insofar as the Welfare State is predicated on government revenues, the result is generational conflict, a zero-sum game pitting seniors against future generations. The inability of social theorists to square the social policy circle is due to the Welfare State’s paradigmatic dependence on the state.

A pivot toward capital would alleviate pressure on a sclerotic Welfare State by accessing private resources to address future demands, hence an Investment State.

Historically, the social infrastructure of developed nations has often relied on the private sector. Prior to the inception of the Welfare State, secular and sectarian organizations, such as Toynbee Hall in London and Hull House in Chicago, addressed the plight of immigrants dislocated by industrialization. Contemporaneous charitable foundations, often named after their benefactors—Andrew Carnegie, Henry Ford, Russell Sage—funded projects that government was unwilling or unable to mount. After World War II, companies lured desirable employees with benefit packages, which were also included in union collective bargaining agreements: “welfare capitalism.” During the final decades of the 20th century, corporations included social responsibility as an organizational objective, most recently expanded through the inception of “b-corporations,” or benefit corporations, which have social missions but pay taxes, now established in several countries.

Conceived by the Young Foundation in Britain, an SIB is a contract arranged by a third party intermediary, obligating government to pay principle plus interest to private investors provided that predetermined outcomes – cost-effective, constructive ones such as lower recidivism by offenders (see more here) – are delivered by service providers. An SIB strategy is innovative insofar as payment is contingent on delivering constructive, cost-effective outcomes. The role of government is limited to authorizing, evaluating, and paying on SIBs once outcomes are delivered.

Is there sufficient capital for EUDAs? Evidence suggests that certain investors, such as private foundations, socially oriented funds, and progressive individuals, are quite willing to put their capital to work in projects of modest scale. By 2017 over 60 SIBs have been launched in 15 countries, representing more than $200 million. The Ford Foundation in the U.S. has committed $1 billion toward impact investing. A subsidiary of the World Bank Group, the International Finance Corporation, issued a $500 million sustainability bond for “women-owned enterprises and low-income communities in emerging markets,” which was oversubscribed. A portion of a massive and untapped reservoir of capital, the “corporate savings glut,” could be diverted to public benefit through social investing. For 2013, gross savings minus gross investment for non-financial corporations in the US amounted to 3 percent of GDP, or $489 billion, while that of Japan was 6 percent, with Canada and Germany a bit more than 1 percent; cash and short-term investments held by just three companies, Google, Microsoft, and Apple, totaled $305 billion.

An Investment State thus poses new opportunities to address future social challenges. By accessing private capital, government can be a catalyst for a new generation of social programs that deliver predetermined outcomes. By investing in human capital and accelerating upward mobility, an Investment State can defuse pernicious populism while capitalizing social programs.