The talk of the town across Spanish media for the past week has been the pardoning of the Catalan political prisoners jailed following the unofficial referendum on independence in October 2017. Despite heavy opposition from Spain’s Supreme Court and the conservative opposition party, the Partido Popular (PP), the socialist prime minister, Pedro Sánchez, confirmed the pardons at Barcelona’s Liceu Theatre, striving to promote concord rather than revenge.

On a high level, los indultos, under which the nine political prisoners have been ‘forgiven’ and released, may appear favourable to Catalan independistas. The announcement seems to foster democracy and progress—ideals championed by the former socialist party leader and premier, José Luis Rodríguez Zapatero, who has expressed his support. But behind the scenes, many—on the left and the right—believe a more nuanced political game to be in play.

Opposition to the pardons has come from two very different standpoints. The PP, the far-right Vox and the Spanish-nationalist Ciudadanos—as well as the Spanish Supreme Court— claim that the political prisoners should not have been pardoned: their actions were unconstitutional, they included ‘sedition’ and misuse of public funds, and the prisoners showed no signs of remorse.

The intensity of resistance has varied among the opposition parties, however. Living up to its reputation of an aggressive tone of political discourse, the PP expressed public outrage. Its spokesperson in parliament, Cuca Gamarra, warned that a recent Supreme Court report meant Sánchez had no choice but to give up on pardoning the Catalan ‘coup plotters’. If he broke ‘the norms of democratic coexistence, of respect for the law and for judicial resolutions’— by granting the pardons—he would become a leader ‘unfit to head this country’.

The prime minister however went ahead to approve the pardons last Tuesday, leading to the release of the prisoners the next day. The PP launched a campaign with the hashtag #IndultosNoJusticiaSí (pardons no, justice yes), collecting signatures among Spanish organisations opposed to the pardons.

Even more hostile has been the reaction from Vox. Along with the PP, Vox said it would send individual appeals to the third chamber of the Supreme Court, asking the magistrates to annul the pardons. The party also promised street protests.

On June 13th, the three parties on the right had previously gathered in Madrid to reject the then mooted pardons. The irony was not lost on the leader of the Òmnium Catalan cultural club, Jordi Cuixart, imprisoned for organising peaceful demonstrations and one of the nine to be released. He told El Nacional: ‘I would remind the demonstrators in Madrid’s Plaza de Colón that I am in prison for exercising the same right that they did, that of demonstration.’

Where things become more complicated is the criticism of the pardons by those Catalan parties which supported the political prisoners. Arran, the youth wing of the far-left CUP, insisted instead on an amnesty for the ‘oppressed’ (the political prisoners and those other leaders who had fled into exile). The president of the Catalan parliament, Laura Borras, tweeted that the pardons were ‘not a triumph of independence or a merit of Pedro Sánchez’, continuing to stress the underlying problem and ‘judicial error’ regarding the ‘prisoners, exiles, repression and independence’.

The exiled Junts leader and 130th president of Catalonia, Carles Puigdemont, criticised the Spanish state for releasing the prisoners over three years late and said no one should be ‘sold’ that the pardon would solve the political problem. The party vice-president, Elsa Artadi, also affirmed this would not be a ‘turning point’ in the Catalan conflict, claiming the Spanish government was seeking to mask its own violations of rights against the independence movement.

Controversially, for some, the current president of the Catalan government, Pere Aragonès, was more receptive. Aragonès, who represents the Republican Left Party of Catalonia (ERC), told Euronews that a pardon would represent ‘a step forward that might enable the liberation of the political prisoners. We’re [by implication the ERC-Junts coalition] not going to reject that.’ The president of the Generalitat was however clear that amnesty and independence remained the priorities. ‘Our proposal is clear: the exercise of the right to self-determination, a referendum on the independence of Catalonia, and an amnesty law to end the repression,’ he said.

Despite Aragonès stressing amnesty as the ultimate goal, though, some independistas regard accepting the pardon as implicit acceptance that the 2017 referendum was illegitimate. They believe the pardons represent a political ploy to restrict the likelihood of a second referendum and to place independence further away from Catalans’ grasp.

The courts made only a partial pardon possible and all the former prisoners remain banned from public office. The pardons are reversible and will be annulled if the ‘offender’ commits a new crime. Which begs the question: what sort of conditional agreements between Sánchez and Aragonès will there be, around this pardon?

Aragonès’ will for dialogue represents a shift away from unilateralism. His approach differs from the traditional ERC standpoint and that of Junts members of his coalition government. Some believe that dialogue is the only feasible way forward. But others argue that the unilateral referendum in 2017 happened because dialogue had been tried, for years, and failed to help the Catalan case.

A move from unilateralism to deliberation suggests negotiation. So, if last week’s pardons counts as a concession by the Spanish executive, what will the Generalitat have to concede in return?

One thing is clear: last Wednesday was an emotional day for many Catalans, and seeing their leaders who had served over three years in jail released was a great relief. While Junts and the ERC have expressed their happiness about the release of their Catalan compatriots, however, many who doubt the socialist party’s commitment to ‘concord’ have warned that the fight for amnesty and ‘self-determination’ must not be lowered on the agenda.

On Monday of last week, a resolution by the Parliamentary Assembly of the Council of Europe urged that the prisoners be released and that Spain ‘consider dropping extradition proceedings against Catalan politicians living abroad’. An aggressive response followed from the judiciary in Spain, leading some to ask: are the pardons a step towards peace, or a red herring in the face of increasing international condemnation of the Spanish judiciary? 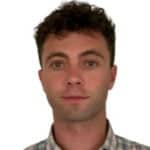 Tom Canetti has a masters in political philosophy from Pompeu Fabra University in Barcelona. A freelance journalist, he focuses on corruption and macroeconomics in Spain.