The platform economy has intensified power imbalances between companies and their workers, which only collective voice can redress.

The pandemic’s evolution has demonstrated the growing significance of the platform economy in providing essential services to local communities, while also highlighting the intrinsic vulnerabilities and precarity of platform workers. While the platform economy is expanding in size and importance, however, uncertainty around what to expect remains.

Before the pandemic, as part of a research project funded by the Swiss Network for International Studies, I conducted fieldwork with colleagues in four European countries (Switzerland, Germany, Greece and the United Kingdom) on the conditions experienced by workers in the platform economy and social partners’ responses. Consistent with the literature, we found that the contingent and non-standard work arrangements prevailing in the digital labour market had exacerbated power imbalances between workers and employers. In all four countries, workers reported (to varying degrees) intensified exploitation stemming from practices and mindsets deeply embedded within the platforms’ modus operandi.

Since the launch of the platform economy a decade ago, the companies at its heart have faced severe criticism, over inadequate employment protection (unfair work), free-riding on conventional businesses (unfair competition) and inadequate consumer protection. The pandemic has further exposed this dark side.

During the early lockdowns, digital platforms successfully externalised responsibilities on to governments for financial support and on to platform workers for their own protection. Some even increased surveillance of workers during the pandemic—with the potential for this to become ‘normalised’ in its aftermath.

Our fieldwork also confirmed another strong argument in the literature—that platform workers feel they are losing the voice they need to enforce their social-welfare and employment rights. Platform workers’ capacity to organise and build collective voice is being increasingly questioned by the general weakening of industrial relations in many countries and a tendency towards the individualisation of employment relationships.

At the same time, platform workers face unique barriers when it comes to collective agency. During rapid economic and labour-market changes in the past, workers formed organisations to advocate in support of their interests. But that organising often presumed a single employer, a single workplace and a set of duties and obligations that could be structured around a contract which stayed in place for several years. In the platform economy, given the moves away from full-time work and direct employment, these conditions are no longer apparent.

Another important factor complicating the capacity to organise is the disparity of work performed by different segments of the workforce across various platforms. Workers are often tied to a multitude of platforms, which translates into starkly heterogeneous worker motivations, experiences and claims, constraining the leverage offered by effective collective action and representation of interests.

Moreover, platform companies do not generally want to be viewed as ‘employers’. This further complicates the picture, since it denies the existence of a bargaining partner.

Reduced bargaining power, combined with excessive surveillance through algorithmic controls, effectively undermines the freedom the firms tout and their workers desire, while further reinforcing workers’ inability to influence their working environment. These findings reinforce Polanyi-inspired accounts in the literature on the platform economy: it represents a ‘dis-embedding’ of the market from such institutional surrounds as welfare systems and strong trade unions, so that labour is ‘re-commodified’, intensifying the disciplinary power of labour-market competition.

Mobilising and organising collectively when work is digital, discontinuous and globally dispersed poses challenges. Yet all Uber or Deliveroo workers should be entitled to unionise, claim their rights and gain control over their work.

On the positive side, despite undeniable difficulties, fresh approaches are being developed by trade unions to adapt to the changing conditions of platform work: opening membership to platform workers, establishing new initiatives and unions and/or negotiating collective agreements with platform companies. Such efforts need to be strengthened and sustained, while the concept of democratising platform companies and the platform economy should be given serious consideration.

As demands escalate for more ‘democracy at work’, collective bargaining and social dialogue are increasingly seen as part of the solution. Empirical evidence shows that co-ordinated bargaining systems are linked with less wage inequality and higher employment. Whether considering issues of workplace adjustment to new technologies or of job quality, workers’ representation and collective-bargaining arrangements constitute key tools enabling governments and social partners to find and agree on fair, tailored solutions.

Furthermore, due to its deliberative and reconciliation-building attributes, social dialogue can suggest avenuesfor tackling the more problematic aspects of platform work in mutually beneficial, and therefore sustainable, ways. It can address power imbalances between platforms and their workers—by enforcing the correct classification of workers and fighting misclassification, by promoting transparency and fair treatment over working conditions, by enabling access to social protection, training opportunities and occupational health and safety and by dealing with algorithmic discrimination and data transparency and justice. (Workers’ demands for access to data held by platforms about them are likely to be among the most confrontational issues in the years to come.)

In this context, mobilisation on the part of trade unions—with their valuable, sector-specific knowledge—is vital to level the playing-field, by bringing pressure for more fine-tuned regulation or by pushing digital platforms to come to the negotiation table. All this requires, on one hand, global trade union co-operation and, on the other, country-specific action.

In a nutshell, for platform workers in unbalanced power relationships, social dialogue, worker organising, the development of agency, voice and representation and its expression through collective bargaining are the surest route to a more inclusive future. Beyond the academic literature, this has been confirmed by the work of the Organisation for Economic Co-operation and Development and the International Labour Organization, as well as by the European Commission’s discussions with social partners on how to regulate platform work.

More research and policy action would help shape future momentum, setting in place national or global frameworks for structured dialogue and collective bargaining among governments, platform businesses and workers. This should be part of a broader strategy to democratise the platform economy as a whole—from its governance to the ability of individual workers to organise and make decisions together about their work.

This was first published by the Graduate Institute Geneva’s Albert Hirschman Centre on Democracy. 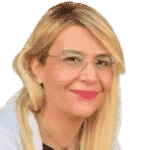 Dr Maria Mexi serves as a special adviser to the president of Greece, a consultant at the International Labour Organization and a senior researcher and fellow at the United Nations Research Institute for Social Development and the Albert Hirschman Center of Democracy of the Graduate Institute Geneva.