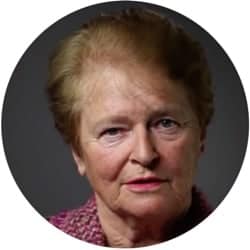 In the early 1990s, when I was Prime Minister of Norway, I once found myself debating sustainable development with an opposition leader who insisted that I tell him the government’s single most important priority in that field. Frustrated, I replied that what he was asking was impossible to answer. I concluded our exchange by explaining why: “Because everything is connected to everything.”

Fortunately, such thinking is now more widely held than it was back then, thanks partly to the human development approach, which emphasizes the complexity of nature and recognizes that one-dimensional solutions cannot address multidimensional problems like those we currently face. Indeed, today’s challenges are seldom simply environmental, social, or economic, and their solutions do not lie within the area of competence of a single government ministry. Without broad, multidisciplinary impact analysis, such narrow thinking can lead to new problems.

This is particularly true of climate change. Fortunately, a growing realization that rising global temperatures are not simply an environmental concern provides reason to hope that world leaders are finally ready to address the problem in an effective way.

Later this year, the member states of the United Nations will meet in Paris to adopt a comprehensive agreement to combat climate change. In the talks leading up to the conference, a consensus has emerged that climate change is not only linked to many other major environmental problems (climate, water, soil, and biodiversity are all a part of the same system); it is also intertwined with social and economic challenges, like poverty, sustainable development, and the wellbeing of future generations.

There is no guarantee that the agreement reached in Paris will work. As former UN Secretary-General Kofi Annan wrote in December, “All too frequently, leaders will concern themselves with matters that are closest at hand, while the most serious issues are often more distant – geographically or in time. For example, if we fail to tackle climate change, the worst effects will be suffered by future generations and by poor countries far from global power centers.”

At the same time, it is not only the future that should concern us. As the economists Amartya Sen and Sudhir Anand argued more than a decade ago, “It would be a gross violation of the universalist principle if we were to be obsessed about intergenerational equity without at the same time seizing the problem of intragenerational equity.”

After ignoring the universalist principle for too long, world leaders finally seem to be acknowledging the magnitude of the problem – as well as their responsibilities to people far beyond their immediate electoral constituencies. The climate agreement between the United States and China, announced last year, indicates that one of the major stumbling blocks in the negotiations – the schism between rich and poor countries – is being overcome. With China now working to reverse the growth in its greenhouse-gas emissions, other developing countries will find it increasingly hard to argue against controlling their own emissions.

The European Union continues to set a high bar for action on climate change. Last year, the EU pledged to cut greenhouse-gas emissions by at least 40%, relative to 1990 levels, by 2030. By that year, at least 27% of the EU’s energy is to come from renewable sources.

The EU’s pioneering carbon-trading scheme is also an important step forward, though emission allowances will have to be cut and the cost of emitting increased if the system is to be effective. Investments in tomorrow’s energy supply and production processes will largely come from the private sector; but it is up to government to develop the institutional and regulatory frameworks that ensure that these investments are allocated in ways that are environmentally sustainable.

Finally, the sharp rise in pledges to the “Green Climate Fund” indicates a growing recognition of the disproportionate impact of climate change on the world’s poorest and most vulnerable people. Total national contributions have surpassed the preliminary target of $10 billion. Countries such as Mexico, Panama, Indonesia, and Mongolia are now contributors, even if the main responsibility for the problem rests with the world’s major economies.

For billions of people, the stakes could not be higher. This month, the UN is expected to adopt the Sustainable Development Goals, a set of global targets that represent a quantum leap forward from their predecessor, the Millennium Development Goals, in that they embed sustainability in every aspect of policy and practice.

But the SDG targets are unlikely to be met if world leaders are unable to forge a credible accord to limit the rise in global temperatures to 2° Celsius. A stable climate provides the underpinnings for poverty reduction, prosperity, and the rule of law – in short, human development. That, I might have told my opponent a generation ago, is the positive side of everything being connected.

Gro Harlem Brundtland is a Norwegian social democratic politician, diplomat, and physician, and an international leader in sustainable development and public health.