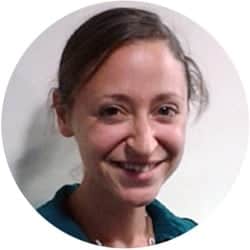 EU member states agreed on 14 September to strengthen actions against people smugglers in the Mediterranean as part of their response to the ongoing migration crisis. Mollie Gerver writes that instead of scaling up actions against smugglers, a better option may be to decriminalise the practice. She argues that criminal sanctions against people smuggling are counter-productive on the basis that they create incentives for smugglers to disregard the safety of migrants and refugees, while also strengthening associated arms trading and human trafficking networks.

Though there was no agreement on relocating refugees, there was an agreement to approve the second phase of an EU Naval Force operation to destroy smuggling ships, including plans for future military action against human smugglers within Libyan waters, with the permission of the UN Security Council. The goal is twofold: to prevent more new asylum seekers from reaching Europe, and to prevent them from dying en route.

It is not a criminal offence for a refugee to pay a smuggler, if this is their only way to reach safety. Once in Europe, the refugee has the right to apply for asylum if they have not previously applied in another safe country. Even if a migrant is not a refugee, they will usually only be deported home, possibly after paying a fine, rather than facing imprisonment.

In contrast, a smuggler accepting payment to transport a refugee can be imprisoned. This has a number of implications. One is that smugglers are often engaged in other crimes, in addition to smuggling. Because smugglers will be arrested if caught, they require extensive intelligence information to evade border control officials, which is often only possible by joining forces with those involved in arms trading and human trafficking networks. This strengthens these other criminal networks. It also pushes human smuggling further underground, making it more difficult for the EU to stop the murder, fraud, and negligence common in today’s smuggling industry.

To avoid getting caught and arrested, smugglers often also take violent actions against migrants and refugees. In June, smugglers wished to avoid reaching an EU port to prevent being arrested, so they threw pregnant women and children overboard and then turned their ship back to sea. These were repugnant actions, but they were also a response to legal incentives: they threw individuals overboard precisely to avoid imprisonment. Removing the fear of imprisonment for smuggling would provide one less reason to risk the lives of migrants and refugees.

Criminalising smuggling also creates other incentives. Smugglers are known to overcrowd boats, leading to thousands drowning at sea. They know that, regardless of the conditions on board, they will face similar imprisonment if caught. In other words, if the punishment for an overcrowded boat is the same as an under-crowded boat, the calculation is simple: overcrowd the boat, reap the same profit, and face the same risk of imprisonment, endangering lives in the process. The more all smugglers are viewed in the same light, the more smugglers have an incentive to disregard safety and do anything to avoid being caught.

Rather than criminalising all smuggling, states should target smugglers who are overcrowding boats and throwing refugees overboard. Such smugglers should be arrested for recklessness, manslaughter, or murder, rather than the smuggling itself.

Similarly, if a smuggler is engaged in other crimes, unrelated to smuggling – such as arms trading – then they should be arrested for these crimes alone. This is the current practice for migrants themselves: with the exception of Hungary, migrants entering without a visa will generally only face prison time if also engaging in other illegal activities, such as bringing arms into the country. Smugglers should be treated similarly.

Even if smuggling is no longer a crime, it may still be illegal. If the EU Naval Force intercepts smugglers en route, it can still return them to their last port of departure. If refugees are on board, this may be highly unjust, but it is certainly possible, and needn’t conflict with the decriminalisation of smuggling. If migrants do reach EU waters, then smugglers can be required to pay a fine for the damage they have inflicted on border security. And migrants can still be deported if they fail to prove they are refugees.

There will, of course, be certain drawbacks in decriminalising smuggling. States will have less control over how many individuals cross into their territory. This may significantly increase the costs of preventing entrance. Though this is a risk, smuggling may also be easier to stop if decriminalised. If smugglers know that being caught simply means returning to their last port of departure – rather than facing arrest – they may be less nervous about being caught. This could make it easier for the EU to stop them before they reach EU waters.

Ultimately, the EU spends tens of millions of euros a year saving migrants from drowning, and the budget is only rising. As plans are under way to target smugglers themselves, it is necessary to establish whether this really does prevent migrants and refugees from dying and whether this really does prevent them from reaching the EU. Decriminalising smuggling is potentially a better option and is worth further consideration. It may allow the EU Naval Force to better protect borders and better protect migrants and refugees at sea.

This column was first published on EUROPP@LSE

Mollie Gerver is a PhD Candidate in the Department of Government at the London School of Economics, researching the ethics of refugee and migrant repatriation.