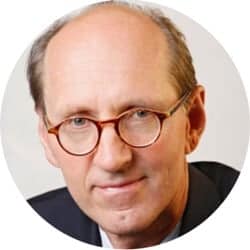 The idea that oil wealth can be a curse is an old one – and it should need no explaining. Every few decades, energy prices rise to the heavens, kicking off a scramble for new sources of oil. Then supply eventually outpaces demand, and prices suddenly crash to Earth. The harder and more abrupt the fall, the greater the social and geopolitical impact.

Drivers benefited as gasoline prices plummeted. Elsewhere, however, the effects were catastrophic – nowhere more so than in the Soviet Union, whose economy was heavily dependent on petroleum exports. The country’s growth rate fell to a third of its level in the 1970s. As the Soviet Union weakened, social unrest grew, culminating in the 1989 fall of the Berlin Wall and the collapse of communism throughout Central and Eastern Europe. Two years later, the Soviet Union itself was no more.

Similarly, today’s plunging oil prices will benefit a few. Motorists, once again, will be happy; but the pain will be earth-shaking for many others. Never mind the inevitable turmoil in global financial markets or the collapse of shale-oil production in the United States and what it implies for energy independence. The real risk lies in countries that are heavily dependent on oil. As in the old Soviet Union, the prospects for social disintegration are huge.

Sub-Saharan Africa will certainly be one epicenter of the oil crunch. Nigeria, its largest economy, could be knocked to its knees. Oil production is stalling, and unemployment is expected to skyrocket. Already, investors are rethinking billions of dollars in financial commitments. President Muhammadu Buhari, elected in March 2015, has promised to stamp out corruption, rein in the free-spending elite, and expand public services to the very poor, a massive proportion of the country’s population. That now looks impossible.

As recently as a year ago, Angola, Africa’s second largest oil producer, was the darling of global investors. The expatriate workers staffing Luanda’s office towers and occupying its fancy residential neighborhoods complained that it was the most expensive city in the world. Today, Angola’s economy is grinding to a halt. Construction companies cannot pay their workers. The cash-strapped government is slashing the subsidies that large numbers of Angolans depend on, fueling popular anger and a sense that the petro-boom enriched only the elite, leaving everyone else worse off. As young people call for political change from a president who has been in power since 1979, the government has launched a crackdown on dissent.

On the other side of the continent, Kenya and Uganda are watching their hopes of becoming oil exporters evaporate. As long as prices remain low, new discoveries will stay in the ground. And yet the money borrowed for infrastructure investment still must be repaid – even if the oil revenues earmarked for that purpose never materialize. Funding for social programs in both countries is already stretched. Ordinary people are already angry at a kleptocratic elite that siphons off public money. What will happen when, in a few years, a huge and growing chunk of the national budget must be dedicated to paying foreign debt instead of funding education or health care?

The view from North Africa is equally bleak. Two years ago, Egypt believed that major discoveries of offshore natural gas would defuse its dangerous youth bomb, the powder keg that fueled the Arab Spring in 2011. No longer. And to make matters worse, Saudi Arabia, which for years has funneled money to the Egyptian government, is facing its own economic jitters. Today, the Kingdom is contemplating what was once unthinkable: cutting Egypt off.

Meanwhile, next door, Libya is primed to explode. A half-decade of civil war has left an impoverished population fighting over the country’s dwindling oil revenues. Food and medicine are in short supply as warlords struggle for the remnants of Libya’s national wealth.

These countries are not only dependent on oil exports; they also rely heavily on imports. As revenues dry up and exchange rates plunge, the cost of living will skyrocket, exacerbating social and political tensions. Europe is already struggling to accommodate refugees from the Middle East and Afghanistan. Nigeria, Egypt, Angola, and Kenya are among Africa’s most populated countries. Imagine what would happen if they imploded and their disenfranchised, angry, and impoverished residents all started moving north.

Michael Meyer is a former Communications Director for UN Secretary-General Ban Ki-moon. He is Dean of the Graduate School of Media and Communications at Aga Khan University in Nairobi.